With Dude the Maltese-cross snuggled next to him, sometimes the little dog resting on his knee, eight-year-old Oscar Baguley is confidently reading a chapter book in a quiet corner of the Woden Library.

Reading was something he once didn't enjoy. But that was before he joined the Story Dogs program in which reluctant readers settle in and read to a dog. And, before they know it, are flying through the pages and actually enjoying the process.

"They love the interaction with the dog. It just calms them down and it gives them confidence somehow.

"They're reading to the dog, not you. So they find within themselves just a wonderful relationship with the dog and that helps them with their reading.

"And that allows me to just help as they need it, as they go along, but it's really about confidence. It just changes their confidence and [reading becomes] a joy, not a task."

Story Dogs was started by two mums in Murwillumbah in northern NSW in 2009. It's now across Australia including some schools in Canberra as well as the Dickson, Belconnen and Woden libraries. There are 13 dog teams in Canberra, with four more being trained. Other schools are on the waiting list for the free program.

Oscar's mum Kerry said he had previously been a reluctant reader who loved being read to, rather than reading himself.

"So this was a good way for him to get into some more structured reading. He loves animals so it just seemed like a perfect fit for him," Mrs Baguley said.

"It's gotten him into chapter books, that he hasn't really been prepared to read before. It's also given him encouragement to read at home more. Tricia gives him homework that he has to do every week and comes back and tells her the story and what he's read in the week.

"It's been wonderful. He loves coming here."

Oscar, a year two student at Duffy Primary, is thriving, now looking always for the next series of books to start.

"And it's nice to have someone actually listen to it. And he's adorable, nice to have next to me. Like, just look at him!"

Oscar said he'd gone through all the school reader levels.

"And then I started my first chapter book, it was a Zac Power book, about a giant robot dinosaur," he said.

Tricia Wilden signed up for training with Story Dogs as a volunteer with a neighbour of hers, who now takes her greyhound into schools for reading sessions.

"One of the wonderful things about Story Dogs is that it encourages the kids to engage with books, not just about the reading but the stories," she said.

"So, all the books are used, images, illustrations, rhyme, lots of different ways of engaging the kids in the story. So they get engaged in the story and they want to know the rest of the story.

"It's not really just about reading, it's about learning to love stories and books as a medium for sharing those stories."

Story Dogs founder Janine Sigley said it received no government funding and relied on sponsorship, fundraising and donations. The charity is having its first giving day on August 26.

Donations can be made here. 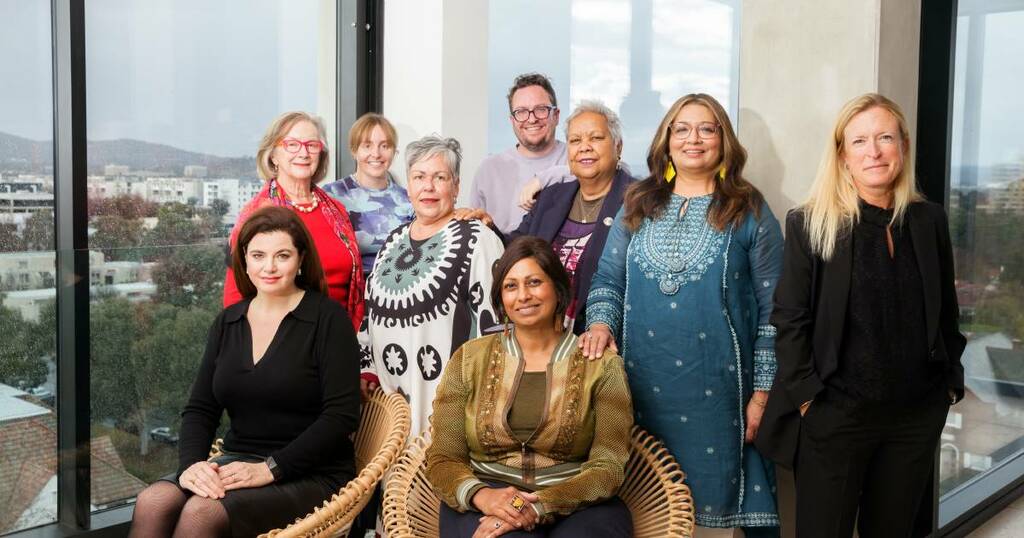 'It's exhilarating': All eyes on Canberra Writers Festival
Big names descend on the national capital for the return of the event

The Canberra Times
From analysis to the latest developments in health, read the most diverse news in one place.
Friday briefing: Our new US-style culture war battlefield? Drag Queen Story Hour

In today’s newsletter: Designed to be family-friendly fun where drag queens read stories to children, the events have instead been…

The Guardian - UK
Best books for readers short on time, as recommended by Jennifer Down, Johann Hari, Tony Birch and more

We asked acclaimed writers, critics and book lovers to recommend great reads for the time-poor among us. They came back…

ABC News
'What's that?': Albie is drawing a lot of attention on our sport fields

Have you spotted "Albie" at work on your local oval?

The Canberra Times
Raymond Briggs remembered: ‘He made what he did look easy. Which is, of course, what geniuses do’

The beloved writer and illustrator of the Snowman and Father Christmas has died. Here, leading contemporaries pay tribute

The Guardian - UK
One place to find news on any topic, from hundreds of sites.
James Welch Native Lit Festival brings acclaimed Indigenous writers together
Sterling HolyWhiteMountain read James Welch's "Winter in the Blood" for the first time more than 10 years ago, but he…