Actor Renu Arora: ‘I saw my leg go under the bus and thought I was dead and gone’ 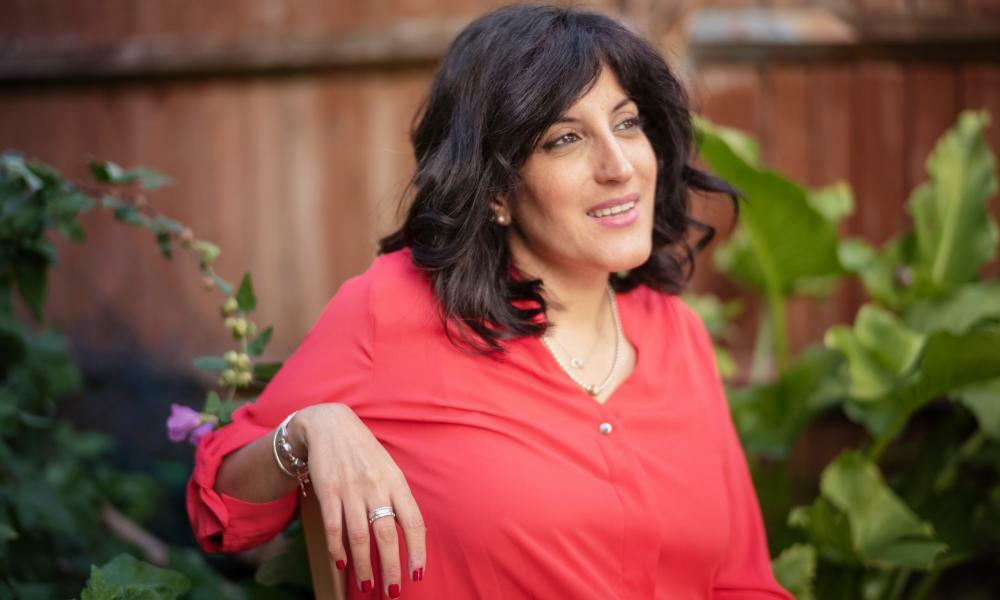 One Wednesday evening in March 2017, everything changed for Renu Arora. The actor, singer and composer had invited a friend for dinner in her flat, and had rushed down the road to do some last-minute shopping. There was a queue outside the shop and her phone had run out of charge, so she was standing on the edge of the pavement keeping an eye out for her guest when a bus caught her foot and swept her under its wheels. “I always say my lockdown came two years before everyone else’s,” she says. “So when the pandemic struck, I had things to say artistically that I hoped would help the world in some way.”

We’re sitting in a side room at the Royal Shakespeare Company’s London rehearsal studios, where she is preparing for the big Christmas musical that will open in Stratford-upon-Avon next week. Her foot is encased in a clunky orthopaedic boot and her crutches are leaning against the table, but Arora glitters with energy as she discusses a role for which – in a way that is entirely in tune with the spirit of the story – her misfortune uniquely qualified her.

The Magician’s Elephant is a musical adaptation of a bestselling children’s fable by the American author Kate DiCamillo. Arora, who is in her early 40s, plays Madam LaVaughn, a 19th-century noblewoman in the imaginary city of Baltese, whose feet are crushed when a magic trick in an opera hall goes inexplicably wrong, producing an elephant instead of a bouquet of lilies. One minute, as she never tires of telling her assembled servants, “the notion of an elephant was inconceivable – and the next, the elephant was an irrefutable fact in her lap”. Crippled, says Madam LaVaughn in conclusion, “by an elephant that came through the roof”.

Although the tale centres on orphan Peter, who is informed by a fortune-teller that only an elephant can lead him to his long-lost sister, everyone with any imagination in Baltese is touched by the magical pachyderm – not least cranky LaVaughn, whose salvation rests not on a cure but on acceptance and forgiveness.

Consciousness exits the body. You might see a tunnel. I saw the drama unfolding below me

Arora’s own transformational story is proof that this is not such a fanciful idea. She recalls her accident in pin-sharp detail. “I could see my leg disappearing under the bus and I remember thinking, ‘I’m dead and gone.’ And then, ‘How much of me is it going to take – my foot? My whole leg?’” She explains what happens in a near-death experience. “It might sound strange, but consciousness exits the body. You might see a tunnel. What happened to me was I saw the drama unfolding below, and I had what I would class as an extraordinary life review flashing before me.”

She’s reluctant to say too much because she has poured it all into The Burgundy Book, a 12-part series of audio recordings, which she hopes to both release online and tour in person next year. At first, she admits, the future looked very bleak for a music theatre specialist who had single-mindedly pursued her vocation since discovering it by chance as a seven-year-old at school in South Wales.

The Arora family had arrived in Newport from India after partition. Her father was an accountant and her mother a teacher, with no obvious theatrical leanings. She was a shy child, so nobody thought to ask if she might like to be in the school musical until she stuck up her hand and refused to take it down without being given a chance. To this day, she has no idea where it came from, but her rendition of This Little Light of Mine landed her the lead role.

One effect of the accident was that for 18 months she lost her voice. “I thought I’d never sing again. That was utterly, utterly depressing because, as a singer, it felt like my voice was my breath.” Her recovery began when a vocal coach told her she hadn’t lost her voice – it had merely been swallowed by the trauma of the accident. “And I went, ‘Oh my gosh, you mean it’s still there? It just needs coaxing and a bit of love?’ And she said, ‘Yes, of course. We’ll find it again. And it might be different.’”

The artistry is all still there, the instinct to create and make

The voice that emerged was indeed different. “It’s changed a lot in terms of the tone and what I feel inclined to sing,” says Arora. Part of it is physical – she no longer has the power to stand and belt out music theatre standards – but it has freed her up to experiment. “I came to realise that the artistry is all still there, the instinct to create and make is all still there. So the best thing to do would be to repurpose my career and define myself as a sit-down artist, which is what I did.”

First to recognise the new Arora was the BBC, which picked up on an audio piece she had composed to mark the anniversary of her accident, and commissioned a pandemic trilogy for radio, which was aired in 2020 to an appreciative audience, some of whom wrote to thank her for giving them some hope.

The Magician’s Elephant marks a new stage in her career, drawing on her experience without being directly about it. “Personally I feel like it’s a real gift as an actor, to be asked to play something which has such a deep resonance with your own journey,” she says. “Obviously, I couldn’t have played this three and a half years ago. Now I’m absolutely ready. I love Madam LaVaughn dearly, because I know her inside out.”

• The Magician’s Elephant is at the Royal Shakespeare Theatre, Stratford-upon-Avon, from 18 October to 1 January.