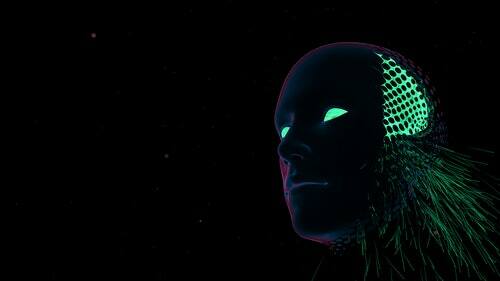 An unsettlingly intuitive app allowing users to upload anyone’s photos into an AI deepfake program so they can be layered onto preexisting pornographic videos was taken offline just one day after MIT Technology Review published a detailed account of its existence. It’s a helpful reminder to everyone that deplatforming works wonders in our digital hellscape.

The app, which Technology Review refused to identify to prevent further site traffic, had already amassed “small user base actively giving the creator development feedback in online forums” during its lifespan, and garnered an estimated 6.7 million site visitors last month. Although far from the only unethical deepfake app to have surfaced since the technology’s problematic ascendence, MIT’s report points to just how easy and streamlined these programs have become.

The potential ramifications of deepfake tech are hard to fully envision yet, with even its above-board, legal usages drawing raised eyebrows from many keeping track of its rising popularity. That said, at least one person seems to have no issue with getting his visage smacked onto someone else’s: Yep, you guessed right, it’s *checks notes* ...Bruce Willis? Wait, what.

Although worrisome and potentially extremely problematic, we’re still at least a little ways off from any random, immoral jackass conjuring impeccable deepfakes. Scientists recently pointed towards deepfake images’ eyes as one of their best tells — much of the time, AI programs can’t replicate that very human “eye glimmer” that comes from surrounding light reflections. There’s something slightly poetic to that, we suppose, but we still feel a bit nauseous about the whole thing, to be honest.

How about some deepfake palate cleansers? —

Alright, deepfakes are pretty awful no matter how you spin them, but that doesn’t mean the technology hasn’t been put to at least some good use. This deepfake correction for a particular cameo in The Mandalorian landed its creator an honest-to-God job with Lucasfilms, and we still enjoy revisiting Napoleon Bonaparte singing the Evangelion theme song from time to time. Relatedly to that Mandalorian project, someone attempted to deepfake a young Harrison Ford into Solo: A Star Wars Story to see if it might improve the film. It doesn’t, but hey, it’s an admirable attempt to salvage at least something from that train wreck of a movie.