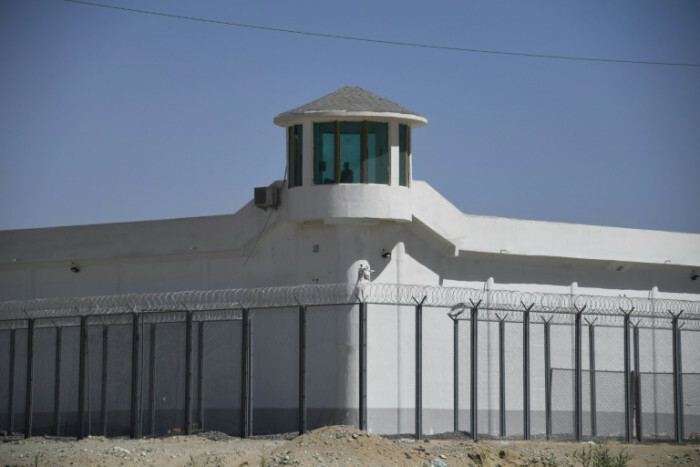 BERLIN: Rights activists said Monday they had filed a criminal complaint in Germany against five retailers including C&A, Lidl and Hugo Boss, accusing them of benefiting from forced labour among China's Uyghur population.

The European Center for Constitutional and Human Rights (ECCHR) said it had submitted the case, which also targeted the two supermarket chains Aldi Nord and Aldi Sued, after carrying out an open source investigation.

The ECCHR's Miriam Saage-Maass said it was difficult for civil society organisations to obtain clear evidence of the abuse but there was enough for prosecutors to take a closer look.

She said there was plenty of information emerging to suggest forced labour was taking place.

"The question is whether entertaining business relationships is not a way of aiding and abetting those international crimes," she said.

Saage-Maass added that the five companies had listed "publicly and voluntarily" their supplying factories from Xinjiang -- the Chinese region at the centre of forced-labour allegations -- but that they may just be the tip of the iceberg.

"We do believe that those five are really only an example of a much wider and more systematic problem," she said.

She pointed out that Chinese cotton made up 20% of global production -- and 80% of it was produced in Xinjiang.

"So it's very likely that there are many more companies sourcing from the region," she added.

Contacted by AFP, fashion retailer C&A denied purchasing any garments from Xinjiang-based manufacturers. It added that it has not been sourcing yarn or fabric from the region.

Likewise, Hugo Boss rejected the ECCHR's claims. It argued that its "values and standards were adhered to in the production of our goods and that there are no violations of the law".

The Aldi group said the ECCHR's allegations were directed at the supplier Turpan Jinpin Knitting, but it said it had stopped purchasing any items from the company since the end of 2019.

Lidl too said the "allegations are based on old supplier lists and are related to past orders or periods".

The United States says that Beijing is carrying out genocide against Uyghurs and other mostly Muslim Turkic people in Xinjiang, where experts estimate more than one million people are incarcerated in camps.

Beijing denies genocide and has described the camps as vocational training centres aimed at steering people away from extremism after years of unrest.

Uyghurs say they are being forced to renounce religious traditions.

Several major consumer brands including Uniqlo, H&M, Nike and Adidas announced last year that they would stop buying cotton from the region, leading to boycott calls in China.

In July, French magistrates opened an inquiry into allegations four fashion groups including Uniqlo and the owner of Zara profited from Uyghur forced labour.

The case is based on a complaint lodged in April by the anti-corruption group Sherpa, the French branch of the Clean Clothes Campaign, and the Uyghur Institute of Europe, as well as by a Uyghur woman who had been held in a camp in Xinjiang.