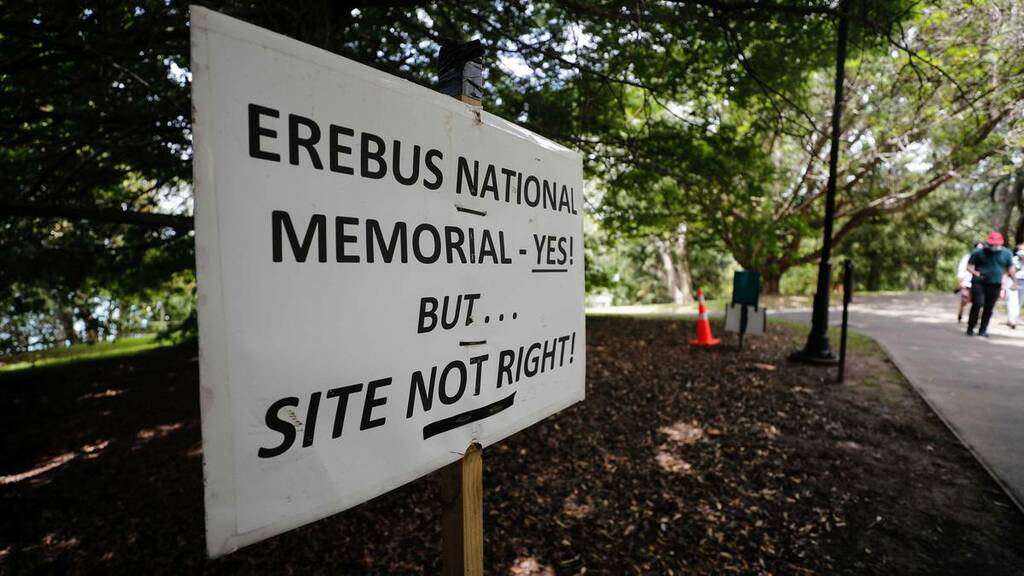 Auckland Council staff today started to remove tents occupied by protesters opposed to the building of an Erebus Disaster memorial in Parnell.

Shortly before noon, about 15 council compliance staff arrived at Dove-Myer Robinson Park, or Mataharehare, and began to remove small tents.

Police said they were simply present to ensure no breach of the peace.

Protesters have been occupying the site since February, but have not been staying overnight since Covid-19 restrictions were brought in on August 17.

The group said the Chief Ombudsman is days away from releasing an independent report on the consent process arising from complaints about the Ministry for Culture and Heritage and the Auckland Council handling of the matter.

The protesters attempted to stop contractors erect fencing at the site by getting in the way of their trucks and blocking the entrance to the site. It is understood the contractors have left.

The memorial honours the 257 people who died when an Air New Zealand plane crashed into Mt Erebus in Antarctica in 1979.

Manatū Taonga Ministry for Culture and Heritage chief executive Bernadette Cavanagh said ministry contractors arrived at the site this morning to resume site preparation, supported by council staff, but were disrupted by the protesters.

"I am disappointed in the current situation at the National Erebus Memorial site and the way this small number of protesters is behaving," she said.

Cavanagh said the ministry respects people's right to hold different views, and to peaceful protest but believed the concerns held by protesters have been fully addressed.

"In particular, I would like to provide assurance the notable pōhutukawa tree will not be harmed by the establishment of the memorial. It is safe, and will continue to be kept safe, throughout the construction of the memorial and beyond.

"A range of qualified arborists have reviewed the plans and have all concluded the memorial poses no risk to the tree. I am confident the tree will remain a protected and well-loved pillar of the community for many years to come.

"We will continue to work with the relevant agencies to resolve the current situation and get site preparation under way," said Cavanagh.

He said as the 42nd anniversary of the crash approaches this weekend, "I want to sincerely thank Erebus family members for their continued support and resilience throughout this process. My thoughts are with them at this time.

"The families of the Erebus accident are at the heart of our continued mahi to create the memorial."

On October 19, protesters disrupted the start of the building of the memorial.

There was a stand-off between opponents of the project, construction crew and security guards at Dove Myer Robinson Park, better known as the Parnell Rose Gardens, where the memorial Te Paerangi Ataata – Sky Song, is to be erected.

A group of kaumātua had placed a rāhui, or ritual ban, on the site, banning work on the project.

The Herald is seeking comment from the police and the council.