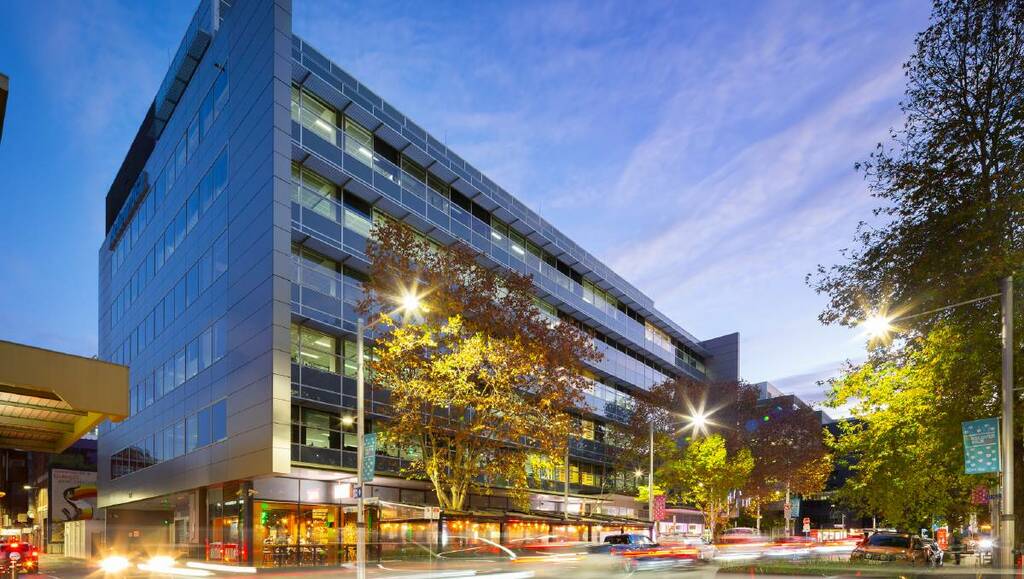 Property investment firm Charter Hall has acquired a prime Civic office building in a $76 million deal that capped off a record year for Canberra office sales.

Leased by utilities provider ActewAGL, the seven-storey office block at 40 Bunda Street was listed for sale in October with price expectations of more than $80 million.

Event Hospitality and Entertainment, which owns Event Cinemas, QT Hotels and Thredbo Alpine Resort, listed the building for sale as part of its "strategy to divest non-core property assets", a spokesperson told The Canberra Times in December.

International investors were among the initial interested parties, however it was Australian-based Charter Hall that sealed the deal in the final weeks of 2021.

Charter Hall CEO David Harrison said the property ticked a lot of boxes including the ongoing lease agreement with ActewAGL, which was recently extended to 2029.

"[40] Bunda Street is clearly right in the core of Civic, it's a modern building [and it has] a government-owned corporation as the main tenant," he said.

The acquisition follows Charter Hall's recent investment in 50 Marcus Clarke Street, partnering with Singapore-based investment company GIC to buy the premium office block for $335 million in December. Under the joint venture, Charter Hall owns 5 per cent of the property.

"We're quite bullish on Canberra, [it is the] lowest vacancy market of any of the major markets around the country," Mr Harrison said.

"They're all sort of strategic, if you like, filters that we look at [for] investments and clearly Canberra offers that," he said.

The sale of 40 Bunda Street was led by Colliers and JLL.

Colliers director of capital markets and investment services Matthew Winter said 2021 was "well and truly" a record year for the ACT office market, with more than $1.4 billion of property transacted.

"[It's] something we've never really witnessed in terms of pricing metrics but also the volume of properties that actually traded," he said.

"We're expecting that the strong buyer interest and the pricing will flow through in the first half of 2022. There's a couple of campaigns that are earmarked for the first quarter."

Mr Harrison said Charter Hall will continue to look for investment opportunities in Canberra in 2022 and beyond.

Between the firm's office properties, industrial buildings and retail centres, Charter Hall's Canberra investments are estimated to be worth $1.3 billion.

"It wouldn't surprise me to see that double over the course of the next two or three years," Mr Harrison said.