'It's been scary': tribute paid to lives lost as ACT records 46 cases 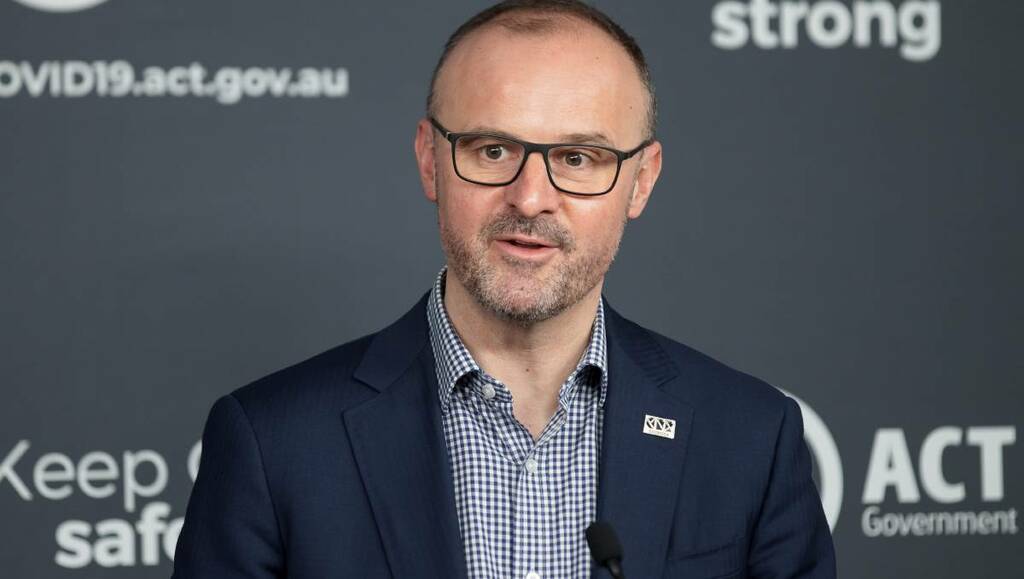 Canberra has recorded 46 new cases of COVID-19 in the 24 hours to 8pm Wednesday, and the sixth death linked to an aged care outbreak has been confirmed.

Of those 46 cases, 30 are linked to known cases or ongoing clusters and 22 are household contacts.

Eighteen of the 46 new cases were in quarantine during their whole infectious period, while 16 were assessed as presenting a risk of transmission to others.

ACT Chief Minister Andrew Barr said while lockdown would end at midnight on Thursday, Friday was not the end of the pandemic and the virus would continue to spread in the community.

Mr Barr said that was why the ACT was taking such a gentle step towards the easing of restrictions.

"Lockdown has not been easy but it has kept our case numbers significantly lower than they would otherwise have been," he said.

Since the lockdown commenced there have been 1359 recorded cases of the virus in the territory, 119 people have been hospitalised, 24 have needed intensive care and seven people have lost their lives, Mr Barr said.

"For the families who've experienced a loved one in hospital, or who have received intensive care, or who have lost someone to the virus, it's been scary, it's been shocking and it's been devastating," he said.

The ACT has hit 98.8 per cent for first vaccinations for those aged 12 years and over, and is at 74.7 per cent for second doses.

Mr Barr said the evidence clearly showed one vaccine was not enough to prevent serious illness from COVID-19.

"The statistic that matters and the one we will focus on is the percentage of our community which is fully vaccinated."

That was why the ACT was focusing on double vaccination rates, which would keep the rate of hospitalisations down as restrictions continued to ease, Mr Barr said.

Nine weeks of lockdown will come to an end at midnight on Thursday with the easing of restrictions to include allowances for more businesses to open, a slight increase in home visitations and larger gatherings permitted outdoors.

Mr Barr told reporters on Thursday the cautious approach was welcomed by the majority of the Canberra population.

However, the slow easing out of lockdown has been criticised by many, particularly those in the business community and parents eager for their children to be back in school.

Mr Brierley quoted a business owner when he told the committee that while businesses understood public health was the government's primary concern, the ACT government was "killing us instead".

Mr Barr took an optimistic approach during what was his final scheduled COVID update on Thursday, while promising to front the media after a coffee date with his niece and nephew on Friday.

"From tomorrow more businesses will reopen, some people will start to go back to their workplace and we will begin to return to the life in Canberra that we are used to, the life that makes this the most liveable city in Australia," Mr Barr said.