Border bubble with NSW expanded as ACT records another 28 cases 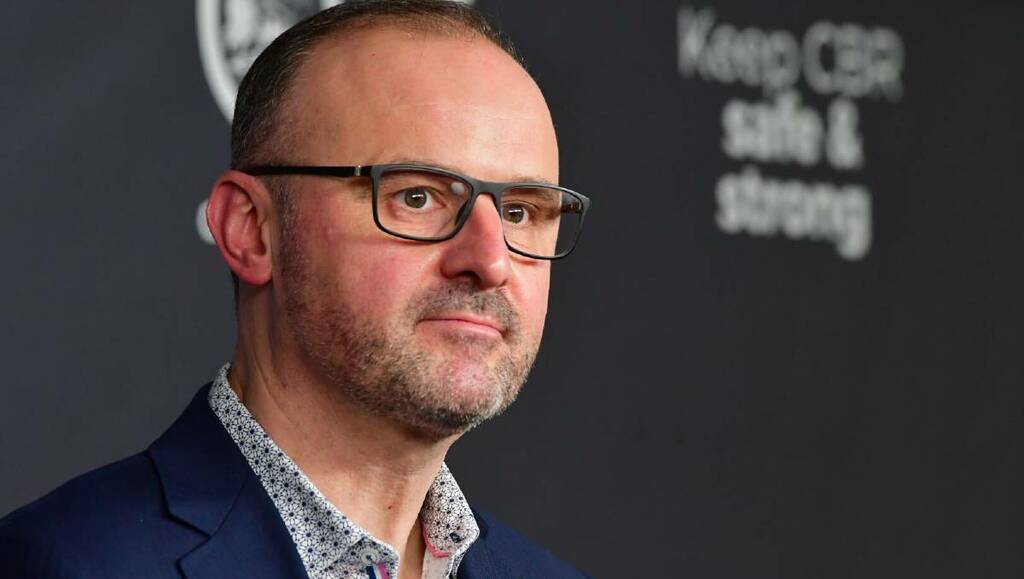 The cross border travel arrangements with NSW will change from Friday as the ACT transitions out of lockdown.

It comes as the ACT has recorded another 28 cases of coronavirus in the 24 hours to 8pm Monday.

The ACT will expand the standing exemption border postcodes to allow travel from a larger area of immediate surrounding NSW.

This will include Braidwood, Goulburn, Cooma and up towards the Snowy region, as well as Gundagai.

NSW residents in these regions, as well as border postcodes already covered in the exemption, will now also be allowed to travel to and from the ACT to undertake work and study, to attend schools, or do essential shopping or access health care without needing to apply.

They will also be permitted to travel to the ACT to visit family and friends under the existing gathering limits.

Under the changes, ACT residents will not be permitted to travel within the expanding bubble unless they are undergoing essential work, accessing childcare arrangements or providing care to a vulnerable individual.

ACT Chief Minister Andrew Barr said work was continuing with the NSW government on common travel arrangements as the vaccine rates of both jurisdictions climbed above 80 per cent.

"These more significant changes are expected to come into effect from October and will be announced ahead of their commencement," Mr Barr said.

He said travel to the South Coast and Sydney were most likely to be permitted from November.

The lifting of stay-at-home orders for ACT residents travelling to NSW could come into effect prior to that, Mr Barr said.

"It could be that us coming out of lockdown on Friday triggers a further easing of restrictions as it relates to regional NSW or certain parts of regional NSW," he said.

Meanwhile 22 of the ACT's 28 new cases have been linked to known cases or ongoing clusters, with 14 of those identified as household contacts.

Nine cases were in quarantine during their entire infectious period and 16 were in the community while infectious for some time.

There are now 450 active cases in the ACT and 806 cases linked to this outbreak.

As of Monday evening, 19 people with coronavirus were in hospital. That included eight in intensive care, six of whom required ventilation.

Of the 19 people in hospital, 16 were not vaccinated and three had received one dose of a COVID vaccine.

Mr Barr said that figure was expected to reach 99 per cent by the end of November.

The 28 new cases reported on Tuesday come as the ACT readied to transition out of lockdown, with many Canberra businesses preparing to slowly open up at the end of the week.

The changed travel arrangements came into effect ahead of NSW reporting another 360 new locally acquired cases of coronavirus on Tuesday. It followed an opening up of the state on Monday, after NSW reached its 70 per cent single-dose vaccination milestone last week.

An exemption has been made to the public health order on October 11 for NSW residents who enter the ACT for work or medical care.

Mr Barr said announcements would be made on Wednesday regarding changes to the contact tracing rules.