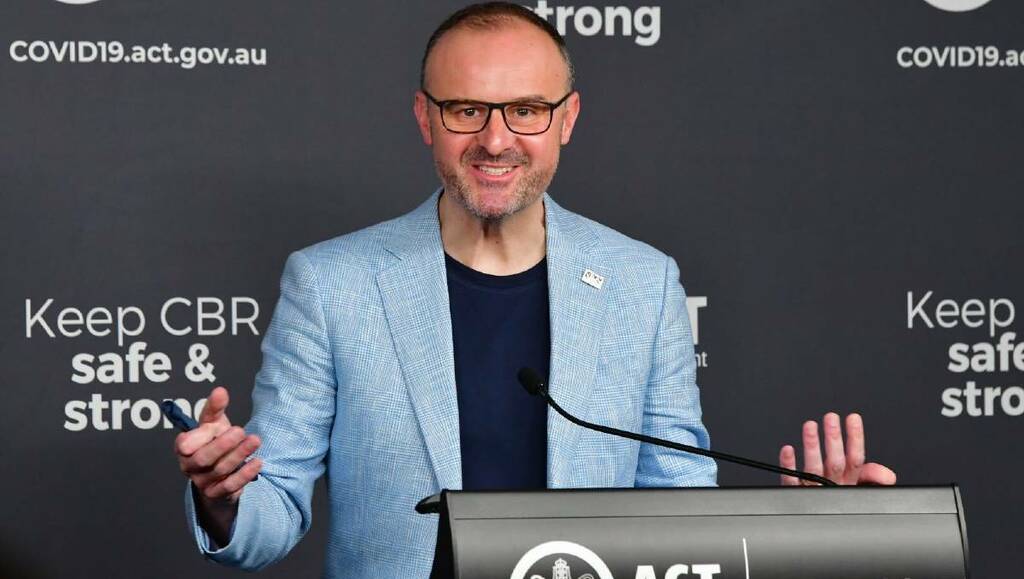 The ACT has recorded 15 new COVID-19 cases in the 24 hours to 8pm on Saturday, as Canberra marks one month since lockdown began.

Authorities are able to link eight cases to previous infections, while the source of the rest cases remain under investigation.

Of the new cases, five were in quarantine, while at least nine were in the community for some time while infectious. The remaining case was still under investigation.

Mr Barr said 44,000 vaccine doses had been administered in the ACT last week.

He said that 95 per cent of the ACT population aged 50 or above had now had a first dose of a vaccine, and 75 per cent had received two doses.

"This is a very high level of vaccination, but it still leaves a pretty large number of older Canberrans who either haven't received a first dose or haven't completed their vaccination program. It is critical for people in this age group, who are the most susceptible to developing severe illness if they contract the virus, to become fully vaccinated as soon as possible," he said.

Vaccination rates in younger Canberrans were lower, given they had only recently become eligible - 29% of 35 to 39 year olds and 15% of those aged 20 to 24 have had two doses.

"It is going to take some time and patience before we get an equitable level of vaccine coverage across our entire community," he said.

The ACT's double-dose vaccination rate among over-16s has surpassed 50 per cent.

It comes as authorities revealed on Saturday a case of COVID had been detected in Canberra's adult prison.

ACT chief health officer Kerryn Coleman said the detainee's status was discovered when he was being admitted to the prison. All detainees and staff who came into contact with the person had been identified, as were some police officers and watch house staff. They had all been advised and were receiving the normal levels of support.

This case was not included in Saturday's case numbers as it was detected after the 8pm reporting period cut off. The man is understood to be isolating at the prison.

He passed through the court cells, but appeared through video link rather than appearing in court in person. Three detainees and one corrections officer are listed as contacts. Corrections officers were wearing personal protective equipment.

Dr Coleman said the new cases brought the total during this outbreak to 493. Of those, 254 have recovered, leaving 239 active cases.

Mr Barr said there were 2406 COVID tests on Saturday. Numbers usually dipped on the weekend, but this was not enough.

"Again a reminder to please come forward for testing if you have any symptoms or if you have been at one of the identified exposure sites."

Mr Barr also said that while most businesses were doing the right thing, too many compliance checks were finding problems with proper mask wearing.

"One of the things we are striving for here is to allow you to operate and to trade, but part of this is to have staff wearing masks properly. That is essential to being able to trade safely," he said.

He said it was frustrating to see this given how far the ACT was into this lockdown. However, most business who were checked improved their compliance after the issue was identified. Those who did not fix their compliance risked fines and potentially even being shut.

He also warned people enjoying the good weather this weekend to make sure they followed the rules.

"Wearing masks and staying physically distant is the safest way you can enjoy the outdoors at this time. So it is great to see people having the opportunity to get out ... but all gathering in the one spot and not wearing masks and being too close to each other is not so great," he said.

"The whole point of a lockdown is to reduce the risk of transmission and the virus transmits when people are too close to each other, and it is more likely to transmit if people are not wearing masks properly."

Meanwhile, Prime Minister Scott Morrison has announced Australia had bought another million doses of the Moderna vaccine from Europe.

They are expected to arrive in the next week, and will be sent to pharmacies. The Moderna vaccine has been approved for use by Australians aged 12 to 59.

"Families will now be able to go along together to their pharmacy to get their vaccinations," the Prime Minister said.

The vaccines had originally been destined for Spain, Czech Republic, Portugal and Bulgaria.

Mr Barr said he had not yet been made aware of the announcement, given its timing just before his 11.45am press conference.

Parts of regional NSW, including the Yass Valley and Snowy Valleys council areas, have reopened.

NSW recorded 1262 new cases on Sunday and Mr Barr has acknowledged Canberra's health system would need to care for some NSW residents.

"We are expecting that some of the most severely ill people, particularly in the southern area health service, may need to come into the Canberra Hospital," he said on Saturday.