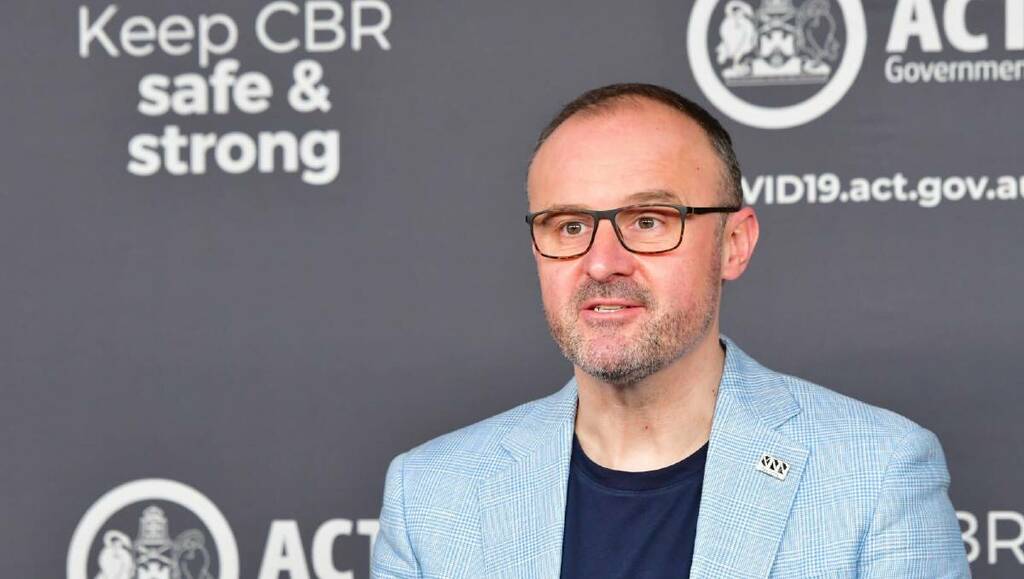 The ACT has recorded 15 of COVID-19 in the 24 hours to 8pm Friday, but a detainee in prison has also tested positive since this time.

Out of the 15 new cases, 14 have been linked to previous cases or exposure locations and one is still under investigation.

Nine of the new cases were in quarantine for their entire infectious period. Six were infectious in the community for part of the time.

There are 16 people currently in hospital with COVID-19 and three people are in intensive care. One requires ventilation.

Eleven of the new cases were household contacts of previous cases.

"My understanding was that it was a detainee on transferring into the facility," Dr Coleman said.

"As per routine practice we're communicating with those people directly involved."

She said an in-reach vaccination program at the AMC has been under way over many weeks.

There are about 840 self-identified close contacts in quarantine and over 350 active exposure locations.

On Friday police conducted 602 traffic stops and nine directions were issued to leave the ACT.

Chief Minister Andrew Barr said the business compliance team did 60 checks yesterday and found some employees were still not complying with COVID-safe protocols.

"Frustratingly for everyone involved, there were still a small number of businesses who were not following the public health directions and had staff still not wearing masks," he said.

"The business compliance team will now be engaging regularly with those businesses who have continued to show non-compliance with the public health directions."

The Chief Minister said the majority of the new Pfizer doses coming to the ACT as part of the federal government's swap deal with the UK would be directed to general practitioners.

Ten-million doses of Moderna will arrive in Australia soon, of which about 167,000 would be allocated for the ACT.

Mr Barr said he understood these Moderna doses would be available through pharmacists.

The ACT reached another vaccination milestone on Friday with 75 per cent of the population over 16 years with a first dose of a COVID-19 vaccine.

More than 95 per cent of ACT residents aged 60 years and over have received one dose of the vaccine.

"This is another national first for the ACT. If you've received a first dose you are highly likely to come back for your second dose," Mr Barr said.

"So this gives us great confidence that our vaccine program will well exceed the national targets."

More than 70,000 people are booked for their first dose through ACT government clinics.