ACT promises transparency despite not all past exposures being identified 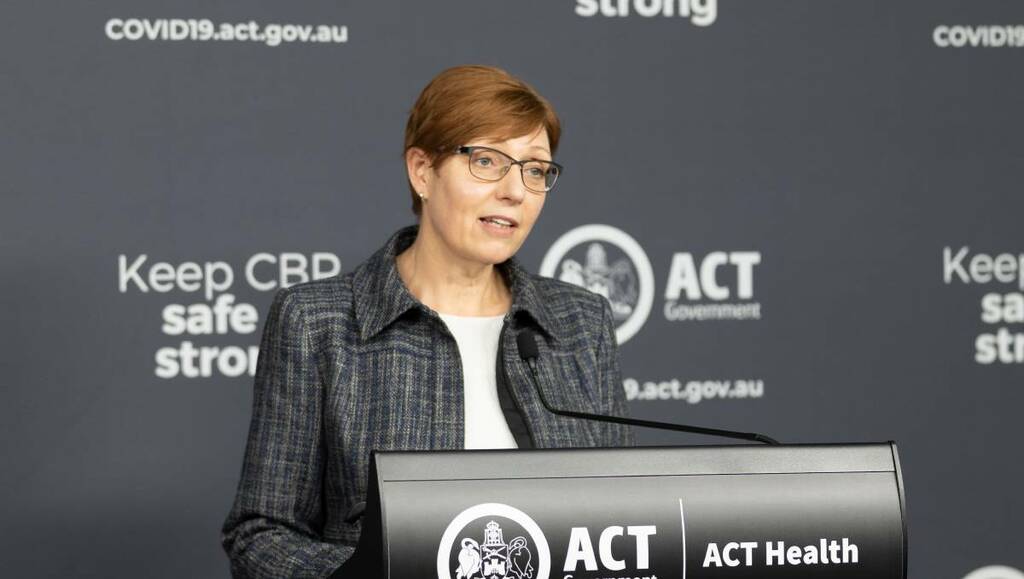 The ACT government has promised to be transparent about COVID-19 cases and outbreaks in high-risk settings, such as hospitals, despite the fact not all exposures have been identified publicly or not revealed until authorities have been questioned.

As the territory emerges from lockdown on Friday, there will be fewer details about cases and clusters as authorities move to focus on settings which have been deemed to have a high risk of transmission.

New modelling has also provided a sense of reassurance to health authorities as hospitalisations in the coming weeks look set to be lower than expected.

Health Minister Rachel Stephen-Smith said demand from patients in neighbouring NSW was also expected to be less due to high vaccination rates in the region.

There have been several cases or outbreaks associated with health care settings in the ACT. Not all have been publicly announced as all close contacts have been identified.

However, Ms Stephen-Smith said most had been announced as the government and health authorities wanted to be transparent.

"Most of those have been publicly talked about because that information is provided to staff and to patients and then we tend to talk about it publicly because we want to be really transparent about that," she said.

But it took almost one week for the public to be notified of a case at the Centenary Hospital for Women and Children after a positive COVID-19 case was detected in a maternity ward last month. This case was not initially announced as all contacts were able to be contacted.

A later case was found at the hospital last week, when a baby in the special care nursery tested positive. Authorities confirmed this case was found on October 6, the same day it was announced.

It also emerged on Thursday that the initial source of the Calvary Haydon Retirement Community cluster was a resident, not a staff member as was initially thought.

Going forward, Ms Stephen-Smith said positive cases associated with hospitals would be made public dependent on how many people were affected.

She said COVID-positive patients appeared at the hospital on a daily basis, including at the emergency department where there is a separate waiting room for people with respiratory symptoms.

"I think that really depends on how many people are affected and what the impact of that is, as we see more and more cases we are going to see more people with COVID at hospitals," she said.

"But I think it will really depend on what the circumstances are as to whether we talk publicly about it.

"We're not intending to hide anything but also there's not a lot of point in talking about the fact that we've got COVID positive people arriving at our hospitals. That's now happening daily."

More health staff at the hospital have also been forced into quarantine after the Canberra Region Cancer Centre at Canberra Hospital was listed as an exposure site.

Ms Stephen-Smith said a staff member who had worked in that part of the hospital had been identified as a positive case. It is understood the case was deemed to present a low risk of transmission.

"I have not heard of any positive cases coming back from that so all the tests, as far as I'm aware, have come back negative," she said.

The end of lockdown will also see less detail on clusters and exposure sites as authorities shift their focus to cases where there is a higher risk of transmission.

Thursday was the last day where there will be a scheduled daily ACT COVID-19 press conference. Chief Minister Andrew Barr said authorities would do press conferences on an as-needed basis.

"We'll obviously be around every day and should anything particularly dramatic occur then we will of course do a press conference," Mr Barr said.

"As we step through the next stages of our pathway forward then I would envisage that there will be the odd press conference like this, that would outline that next step."

New modelling has also provided hope that hospitalisations will be lower than anticipated, however, authorities will not pin all their hopes on the modelling.

Ms Stephen-Smith said the health teams had tried to replicate the Doherty modelling for Canberra and the surrounding region.

She described the modelling as a "moveable feast" and that it would not be helpful to release a "point-in-time" model as it would be updated weekly, however, Ms Stephen-Smith said she could discuss the modelling on a weekly basis.

Current modelling suggested that for the next few weeks Canberra's hospitals could expected between 17 to 20 cases in wards and up to eight people in intensive care.

"To give you an example of how this changes from week to week, a couple of weeks ago the CEO's email to health staff said our current projects, based on our case numbers that we're seeing at the moment, we'd expected to see about 30 inpatient admissions and up to 10 people in intensive care," Ms Stephen-Smith said.

"Then we saw that those numbers of 50 cases a day weren't being sustained that those case numbers started to come down.

"And so this week's advice to staff was actually we brought that down that projection to 17 to 20 ward admissions over the next few weeks and six to eight people in intensive care."

Demand from NSW patients is also set to be less than expected.

"We are really heartened by the strong uptake of COVID-19 vaccination in our neighbouring catchment areas and expect this is an indication that demand from NSW COVID-19 patients will actually be less than we had initially predicted," Ms Stephen-Smith said.