ACT negotiating supports with Commonwealth for path from lockdown: Barr 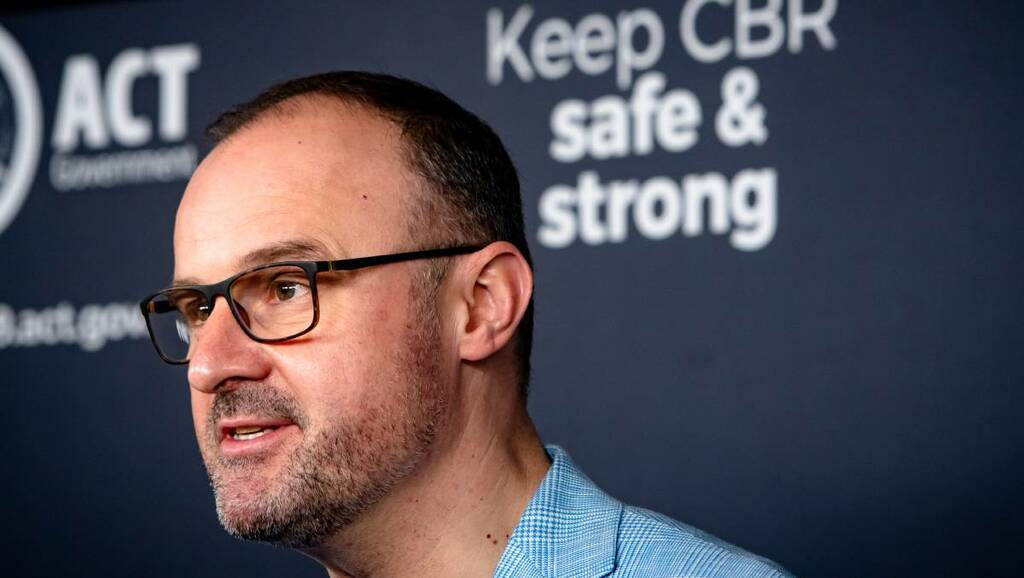 The ACT government has begun negotiating with the Commonwealth to determine the financial support on offer as restrictions are eased, but arrangements will likely depend on the deals struck by NSW and Victoria.

ACT Chief Minister Andrew Barr said the territory had highlighted to the Commonwealth the industry sectors that would continue to be "disproportionately impacted", including tourism, accommodation and hospitality.

"At the moment, NSW and Victoria are deep in negotiations with the Commonwealth on what the transition out will look like. Given the situation they're in and the nature of their pathways, that's going to very heavily determine what the ACT partnership with the Commonwealth will be," Mr Barr told The Canberra Times.

Mr Barr said the Commonwealth support for lockdown-affected jurisdictions had been a "moving feast" before the ACT outbreak, which made it harder for the ACT government to factor precise economic supports into its lockdown planning.

"This is the one area that you could prepare all you want based on last year's economic supports, but there is no JobKeeper anymore," Mr Barr said.

"So that's the one area where when we got our cases, it wasn't an agreed template to just adopt, it did require a couple of weeks of negotiation with the Commonwealth in order to land on the ACT package."

Prime Minister Scott Morrison in July announced a more generous federal support package for NSW businesses than had been made available to Victoria in its previous outbreak.

Both Victoria and NSW failed to convince the federal government to restart the $90 billion JobKeeper scheme, which has now been heavily criticised for benefiting profitable businesses.

Mr Morrison said at the time the extra support on offer to NSW was in the national interest and would be offered to any other state or territory that entered a period of extended lockdown.

Instead, the federal government has jointly funded support with state and territory governments to provide support to businesses affected by lockdown restrictions.

The Commonwealth government has funded COVID-19 disaster payments, which eligible employees who are unable to earn an income during the lockdown can access. Payments vary between $200 and $750 a week, depending on hours of work lost and other eligibility criteria.

Support on offer to ACT businesses was doubled after the territory's lockdown was extended to September 17.

Canberra businesses which have experienced a turnover decline of at least 30 per cent can claim a grant of up to $20,000, if they have employees.

Non-employing businesses can receive a $7500 grant. More than 3700 businesses had applied for the payments in the week since the applications opened.

Mr Barr has previously defended the length of time it has taken for businesses to receive the grants and the application process, saying the ACT government had needed to balance the risk of fraud with the desire to issue grants to eligible operators.

Meanwhile, the ACT Greens have backed a petition from the Australian Unemployed Workers Union to the ACT government, calling for the territory to supplement Commonwealth income support during the lockdown.

Greens leader Shane Rattenbury said the ACT Greens were focused on ensuring the most vulnerable members of the community were supported in the pandemic.

"Support has already been provided to many vulnerable people, and we are looking at more ways we can make sure people who need help don't fall through the cracks," Mr Rattenbury said.