ACT emerges from lockdown after more than two months, with a warning 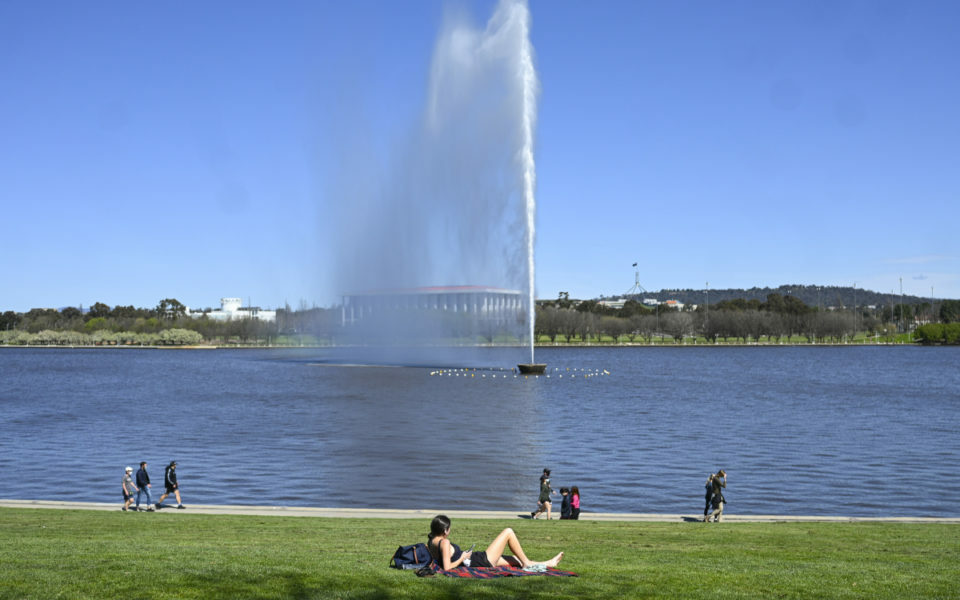 The ACT will shift its focus from daily case numbers to vaccine coverage as the territory tentatively emerged from more than two months in lockdown at 11.59pm Thursday.

Restrictions have been eased allowing cafes, pubs and restaurants to open while Canberrans can have up to five people in their homes, however retail cannot serve customers in store until October 29.

Health authorities are predicting a rise in case numbers in the days and weeks ahead, but the increase is not expected to be sharp and their public focus will shift towards vaccinations.

During the nine weeks of lockdown, there were 1359 COVID-19 cases reported — including 46 on Thursday — and seven deaths.

The latest figures show 98.8 per cent of Canberrans aged over 12 have received one dose of the vaccine, while almost 75 per cent are fully vaccinated.

“The statistic that matters and the one we will focus on is the percentage of our community which is fully vaccinated.”

Canberrans are also now able to enter Victoria, provided they apply for an exemption and isolate until they get a negative test result.

Meanwhile a decision from the NSW government allowing travel between Canberra and regional parts of the state is expected to be revealed following the end of the lockdown.

The Sydney Morning Herald is reporting the state government is expected on Friday to extend the ban on Sydneysiders travelling to the regions amid concerns over lower vaccination rates in some communities.

Vaccine mandate for politicians and staff

Victoria has become the first Australian state or territory to ban unvaccinated MPs from entering parliament after a government motion passed the upper house on Thursday evening.

All members and staff will now have to prove they’ve received at least one dose of a vaccine by Friday to continue working on site, or have an appointment booked before October 22.

They will also need to have their second dose by November 26.

The motion is in line with a vaccination mandate for all other Victorian authorised workers, which comes into effect on Friday.

The Victorian government gave the state’s 1.25 million authorised workers a fortnight to get at least their first coronavirus vaccination by Friday — or show proof of a booking within the next week — otherwise they would be stood down.

They must then be fully vaccinated by November 26, and there are limited medical exemptions.

Tim Piper, the Victorian head of the peak employer association Ai Group, said “V-Day” was creating huge issues and some business were contacting it to report workers were refusing to get vaccinated.

“The workers have often been in their jobs many years, they may be key people in the business,” Mr Piper said.

“Skilled and experienced employees are at a premium and some businesses are at their wits’ end trying to decide what to do.”

He reminded employers they must send the staff home if they don’t comply with the order, and employees are not entitled to be paid unless they agree to take any accrued annual leave or long service leave.

Premier Daniel Andrews said he made no apology for his government’s COVID-19 vaccine mandates across specific industries and the entire authorised workforce.

“These mandates, these requirements, push people to do what needs to be done,” he told reporters.

The NSW Supreme Court will on Friday afternoon hand down its decision on the validity of the state’s vaccine mandates for certain workers and Sydneysiders.

The test case has garnered more than 1.4 million views on YouTube and the judgment will also be broadcast.

The plaintiffs — a group of 10 people including teachers and nurses — have argued public health orders requiring them to get vaccinated before they go to work are invalid.

Their lawyers told Justice Robert Beech-Jones the orders were an attempt to coerce their clients into receiving a vaccination and discriminate against a minority group.

But a barrister for Health Minister Brad Hazzard says the rules are really a temporary restriction on movement, which the plaintiffs could avoid if they decided to get vaccinated.

Meanwhile about 50 Queensland police officers and staff members have taken their fight over a COVID-19 vaccine mandate to the Industrial Relations Commission, claiming the directive is invalid.

More than 55 police and staff members have been suspended for not complying with Commissioner Katarina Carroll’s directive for 17,200 in the force to have jabs by October 4 and a second dose by January 24.

The Queensland Police Union has joined the government in responding to the action by the officers and staff, which has received more than $122,000 in support through crowdfunding.

The full bench of the Commission is expected to hand down its decision within a week.