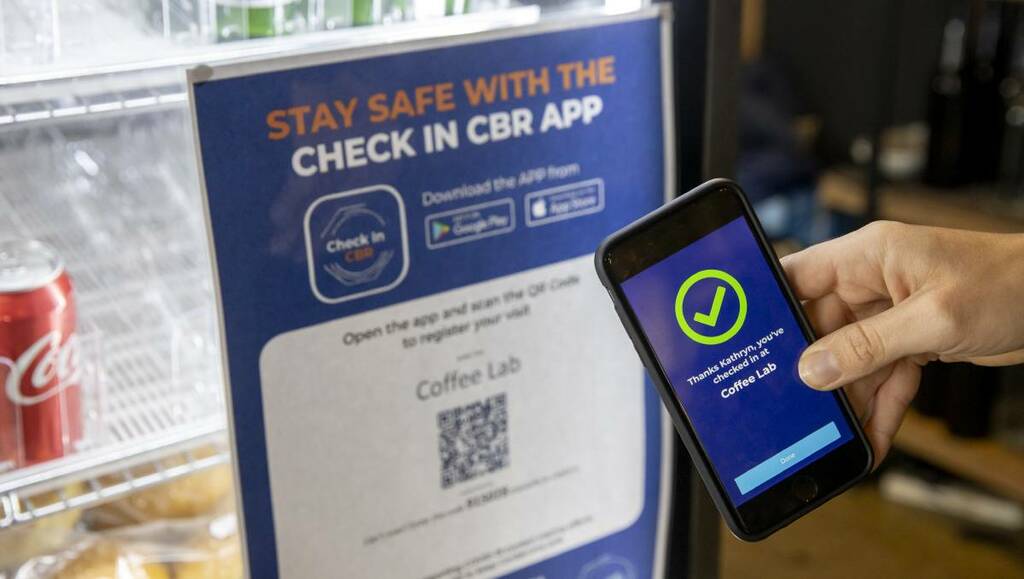 The ACT government will consider winding back mandatory QR check-ins at some venues over the coming months.

Mandatory check-ins could be dropped in NSW for some retail and hospitality venues by Christmas, dependent on the health advice.

ACT Health Minister Rachel Stephen-Smith said the territory would aim to keep its mandatory requirements in line with NSW.

There have been a range of changes to test, trace, isolate and quarantine requirements over the past month.

Health authorities have adopted a more relaxed approach to how casual contact sites are identified and the threshold for being classified as a close contact site has increased.

Changes to QR check ins could be next on the agenda as the ACT moves towards COVID normal.

"Whether we change the mandatory arrangements for QR code checking is one of those things we'll consider going forward," Ms Stephen-Smith said.

"I understand the ACT chief health officer Dr Kerryn Coleman has been in conversation with her NSW counterpart to try and align our arrangements as much as possible in terms of mandatory check in."

While the number of exposure locations has dropped over recent months, Ms Stephen-Smith said data from the Check-In CBR app had still proved to be crucial to contact tracing in the ACT.

"In high-risk settings it's important to understand who has checked in at a venue where a positive case might have been.

"But it's also really useful for people to have their own check-in data and history on their phone. If they do become a positive case that's really helpful for our case investigation and contact tracing staff to understand where people have been."