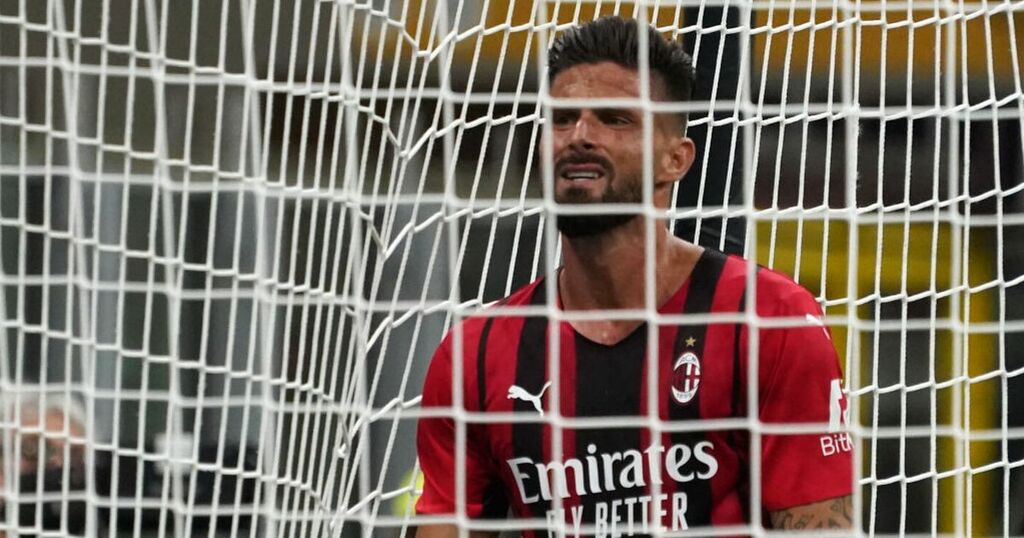 AC Milan have issued an update on Olivier Giroud after the striker was a huge doubt for Wednesday's Champions League group stage meeting with Liverpool.

The Italian club confirmed last week that the former Arsenal and Chelsea man had tested positive for Covid-19 and would begin a 10-day quarantine.

However, a recent statement on the club website confirms the player has now tested negative.

It reads: "AC Milan can confirm that Olivier Giroud has tested negative for COVID-19. The player will, tomorrow, undergo a medical screening as per Italian government protocols in order to return to sporting activities."

Giroud moved to Italy this summer from league rivals Chelsea and has had a positive start to life in a Milan shirt with two goals in his first two games in Serie A.

The 34-year-old has a good record against Liverpool with eight goals in all competitions.

He last scored against the Reds in Chelsea's 5-3 defeat at Anfield at the end of the 19/20 season, as Jugen Klopp 's side lifted the Premier League title for the first time in 30 years.

AC Milan have also received a double injury boost as the Rossoneri are expected to welcome back both Zlatan Ibrahimovic and Franck Kessie.

Kessie suffered a muscle injury after returning to training with his club last month while Ibrahimovic has been out of action since May with a knee injury.

Liverpool face a difficult Champions League group this term as they will also take on Porto and Atletico Madrid in the coming months.

Speaking on the tough draw, Klopp said: "I laughed, to be honest, pretty loud because it is a tough group obviously.

"It's Champions League, so that's how it is, and you have to play the best teams in Europe, and obviously some of them are in our group!

"We played, I don't know how often, already against Porto, so they will be waiting for us. We have obviously a little bit of [an] open bill with Atletico, and AC Milan, a historical one obviously. So, I think our supporters should be looking forward to it – we do, for sure."