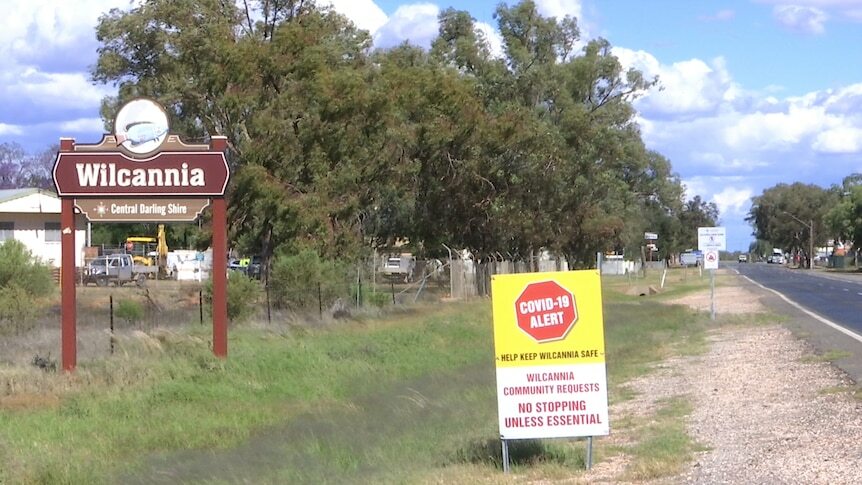 Aboriginal elders in Wilcannia say they warned authorities a year ago that overcrowding in the town would be disastrous if COVID-19 ever hit the community, an inquiry is told.

More than one-in-six residents in the remote, predominantly Aboriginal far west NSW town have now been infected after the virus spread rapidly in overcrowded homes that house large families.

Aunty Monica Kerwin has told a parliamentary inquiry she raised the potential issue a year ago, as part of her role on the local emergency management committee.

"I felt at the time that nobody listened, nobody really cared what our opinion was," she said.

"I felt personally that our opinion wasn't valued at that level and we only wanted to protect the community."

After the outbreak had already taken off the NSW government sent 30 motorhomes to provide accommodation for infected cases to isolate.

But Aunty Monica said by then the virus had already taken hold in large households, and the response was too little, too late.

"If we had put in a foolproof plan 12 months ago, we wouldn't have the high numbers that we have now.

The inquiry, which is examining the state government's response to the pandemic, was told that most of the motorhomes were being used by people from out of town who had travelled to Wilcannia before lockdown for a funeral.

The inquiry also heard that women and children escaping domestic violence had nowhere to go, because of the pressure that COVID-19 had placed on the town's limited supply of temporary accommodation.

She said there were currently two units at the safe house free, but it was impossible to get cleaners and maintenance workers to come to the town during the outbreak to prepare the rooms.

"We have a lot of strong women who have no problem reaching out to the police and that's what we had to go back and rely on because there is nowhere for them to go," she said.

Ms Ronayne also said that housing for police and teachers was left empty during the crisis.

"They were vacant throughout this time, so we have solutions on the ground but the decision-makers... don't come to the table and don't want to hear about the solutions," she said.

She said the community wanted to know how long the motorhomes would stay in town to provide accommodation, saying "otherwise we are back to square one" if there is another outbreak.

The state's top Indigenous health body told the inquiry that 18 months after the start of the pandemic, it was yet to have a proper meeting with key health authorities.

The Aboriginal Health and Medical Research Council of NSW's executive director of operations Peter Malouf said the government had not listened to the voices of the Aboriginal community.

Labor MP Penny Sharpe said she was "genuinely gobsmacked" by the revelation.

Ms Pearce also acknowledged the delay in getting the convoy of motorhomes to Wilcannia, saying they arrived on the September 6 almost three weeks after the first case was detected.

"We would have liked that to be sooner, certainly" she said.

Dr Malouf said that the state should not reopen until at last 90 per cent of the indigenous population were vaccinated.

The inquiry was told currently 38 per cent of indigenous people in the western NSW local health district have received two doses of the vaccine.