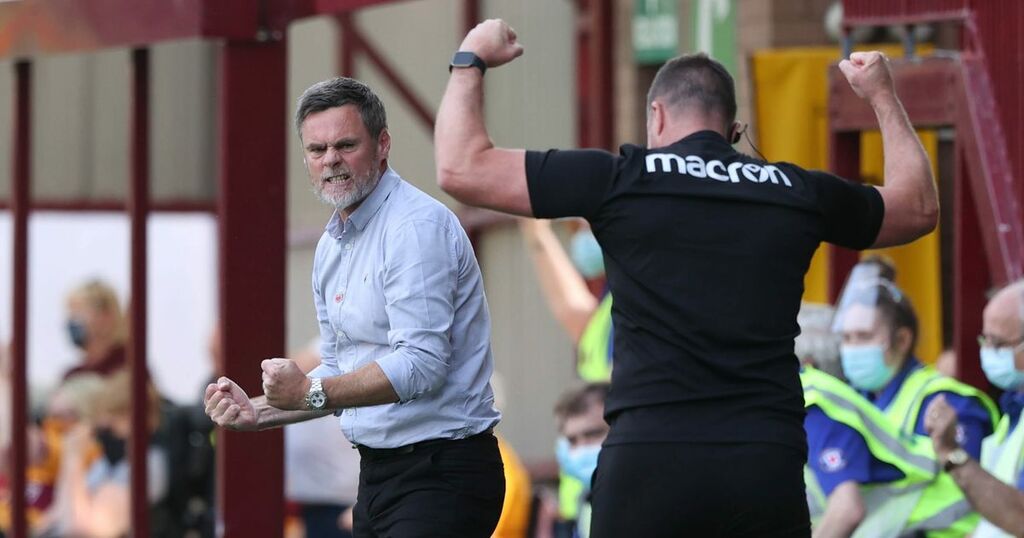 Motherwell boss Graham Alexander praised striker Kevin Van Veen's performance in their 2-0 win over Aberdeen, but said every player deserved the standing ovation that the Dutchman received from supporters.

Van Veen headed in a Kaiyne Woolery cross to give Motherwell the lead in 26 minutes, and then crossed for Juhani Ojala to add a killer second just before the hour-mark in a superb performance in front of 5623 fans at Fir Park.

The striker received a standing ovation when he was replaced by Sean Goss in 79 minutes and Alexander felt it was richly deserved.

He said: "I think it was deserved, 100 per cent. I think every player that had a Motherwell shirt on deserved that standing ovation.

"We know Kev's quality in possession, we've been working hard on him in the stuff out of possession, team shape, discipline and the pressing, because the other side of the game we can't give him anything - he's a top-notch player.

"His ability is great to see when he produces it on those occasions, but it's his work off the ball that we want from him and he is doing it, you could see it today.

"His work off the ball was exceptional, as it was with every single one of those players out there, and the ones that came on, we needed them as well.

"But Kev will get the plaudits, I expect, because it was a great header and a great assist for the second."

Alexander felt that his side could have scored more goals, while goalkeeper Liam Kelly wasn't tested too often at the other end.

He said: "It was a brilliant win, I was delighted for the players, supporters, everyone connected to the club.

"A top quality opponent came to Fir Park today, you could see the quality they had, but I thought my players showed great discipline in how they played the game, competed well at the right times, and showed the quality needed to score the goals to win us the game.

"It could have been even more emphatic, but you've got to give Aberdeen credit - they had opportunities, mainly from distance, I felt, which Kells handled really well.

"A couple of times when he was called upon he was there for us, which was great, but we had other opportunities.

"We had one just before the first goal, I think it was Tony Watt at the back post, and we had other chances on the counter-attack in the second half.