Aberdeen are no different from any other team - we want a win, says Well boss 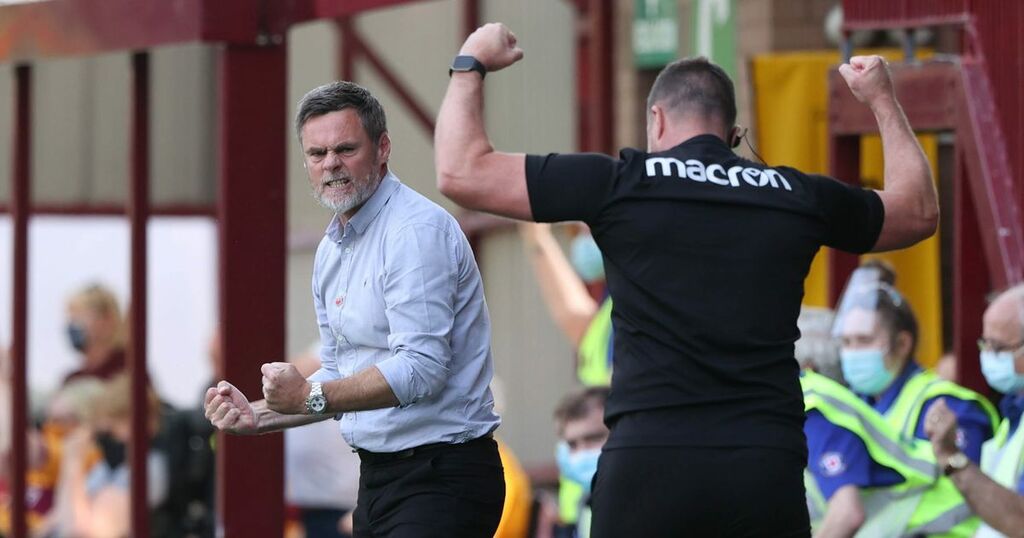 Graham Alexander admits tomorrow's clash against Aberdeen is a tough challenge, but won't approach it any differently to any game Motherwell face in the Premiership.

It doesn't matter to Alexander whether they face league-leaders Hibs or basement side Livingston, in front of 3000 fans or 60,000, each game is just a chance for three points.

Alexander says the visit of Stephen Glass' side won't be used as a barometer for his side, rather that they know themselves how they're doing.

And while Alexander has been pleased with how his side have started the season, he says there will still be things to improve on, even in victory.

He said: "It's a tough match, it's one we're looking forward to.

"We've had a little break from our fixture list last week so it has been good to get some players more up to speed, allow others who have missed pre-season and gone straight into games the chance just to recover a little bit, with some tactical work going on.

"We know it's going to be a tough game against Aberdeen, they're a big club with good players and a good manager, and it will be a challenge, but we're quite happy with how we've started the season, though we know there's still improvement for us to make.

"I see every single game as a chance, an opportunity and a challenge to win points.

"I see every game as an opportunity to make our league position better, our points tally better.

"I think we like to judge ourselves against ourselves. We know how we play well, and when we play well, we know what we need to do defensively and attacking-wise.

"Even looking back at the last game [against Dundee], we had a great victory, a clean sheet, won 1-0, but there were things that we weren't happy about."

Alexander added: "For me, going into tomorrow's game, it's about what we do, and do we do the things that we train for. If we do those things it gives us a better chance of winning.

"We know there's a fine line, as we've seen in all of the games, between winning and losing, so those small incidences can go against you or for you, but over the 90 minutes you can assess how your team played.

"I think that's where we've got to start off from, because we're only four games into the league season, there's a lot of improvement to be made, but speaking to the players this week, even though we've had two or three internationals away, we've got the squad together now, so we can really get into the work.

"It takes consistency of boys training and then playing and putting that work into action."

Motherwell will assess captain Stephen O'Donnell ahead of the game, who was struggling with a hip knock before going off during Scotland's 1-0 win in Austria in midweek, but Alexander otherwise has a full squad from which to choose.