Abbas calls off PLO parley to avoid ‘confrontation’ with Israel, US 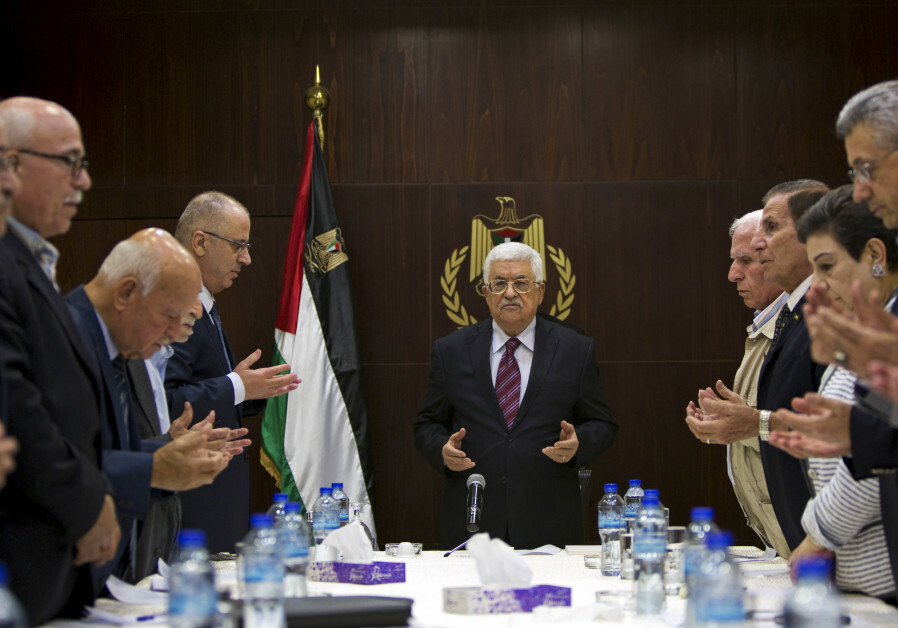 A crucial meeting of the Palestinian Central Council that was supposed to take place later this week has been delayed due to ongoing tensions and differences among Palestinian officials and factions, Palestinian sources said on Saturday.

The meeting was postponed because Palestinian Authority President Mahmoud Abbas wants to maintain channels of communication with the Israeli government, especially in light of his recent “positive” meeting with Defense Minister Benny Gantz, the sources said.

In its last meeting in 2018, the PCC recommended ending the security coordination between PA security forces and the IDF and suspending the PLO’s recognition of Israel until it recognizes a Palestinian state.

“President Abbas is keen on preserving the dialogue with some members of the Israeli government,” according to the sources. “He is also opposed to calls by various Palestinian factions to terminate security coordination with Israel.”

A PLO official in Ramallah said the decision to delay the PCC meeting aims “to avoid a confrontation” with both the Israeli government and the US administration. The official said many of the Palestinian factions that were supposed to attend the meeting were planning to renew their call for cutting all ties with Israel.

The PCC, also known as the PLO Central Council, is one of the Palestinians’ key decision-making institutions. Its 124 members belong to various Palestinian factions, including those opposed to any peace process with the Jewish state.

Earlier this month, Abbas warned that Israel was continuing to undermine the two-state solution and said that the PCC would hold a meeting soon to “take decisive decisions” regarding the Israeli-Palestinian conflict.

He was apparently referring to previous threats by the PA leadership to suspend all relations with Israel in protest of the Israeli government’s policies and measures toward the Palestinians.

In a virtual address to the United Nations General Assembly last 2021, Abbas gave Israel one year to “withdraw from the Palestinian territory it occupied in 1967, including east Jerusalem.” If this is not achieved, he warned, the Palestinians would no longer recognize Israel “based on the 1967 borders.”

“It will also discuss internal Palestinian issues in order to face the challenges, mainly the Israeli settlement projects in the Palestinian territories, particularly Jerusalem, and take the necessary decisions to confront the grave challenges our people have to face to gain their full rights in ending the occupation,” he said.

HOWEVER, PLO Executive Committee member Wasel Abu Yusef announced last week that the meeting has been delayed until further notice due to Abbas’s engagements abroad.

The sources said the decision to delay the meeting was also taken after several radical Palestinian factions turned down an invitation to attend the parley. The invitation was delivered to the factions by Fatah Secretary-General Jibril Rajoub during his recent visit to Syria.

The faction heads told Rajoub that previous decisions taken by the PCC have not been implemented by the Palestinian leadership. They also cited Abbas’s decision to call off the parliamentary and presidential elections, which were supposed to take place last year, as another reason for their decision not to attend the meeting.

According to the sources, sharp differences among senior Palestinian officials over filling vacant positions in the PLO also prompted the PA leadership to postpone the meeting.

One of the disputes centers on filling the position of PLO secretary-general, a job held by Saeb Erekat until his death in November 2020, the sources said.

Another dispute is related to finding a replacement for Hanan Ashrawi, who announced her resignation from the PLO Executive Committee in December 2020.

But Abu Yusef, the PLO Executive Committee member, said the PCC meeting was supposed to “devise a strategy to confront the occupation, and not to fill vacant positions.”

Maher al-Taher, a senior official with the PLO’s Popular Front for the Liberation of Palestine, said the crisis in the Palestinian arena was “deeper than a meeting of the Palestinian Central Council.” He accused the PA of “marginalizing” the PLO and turning it into a “structure without content.”

The PFLP official called for reaching a “new political path and political vision” by rescinding the Oslo Accords with Israel.

Meanwhile, six Palestinian factions have accepted an invitation from Algerian President Abdelmajid Tebboune to attend a “dialogue conference” in the Algerian capital later this week. The conference aims to end the dispute between Fatah and Hamas and achieve “national reconciliation.”

Hamas has accepted the invitation, saying it will send two of its senior officials, Khalil al-Hayya and Husam Badran. Previous attempts by Saudi Arabia, Yemen, Egypt and Qatar to end the Fatah-Hamas rivalry have failed, although the two sides signed a number of reconciliation agreements that were never implemented.