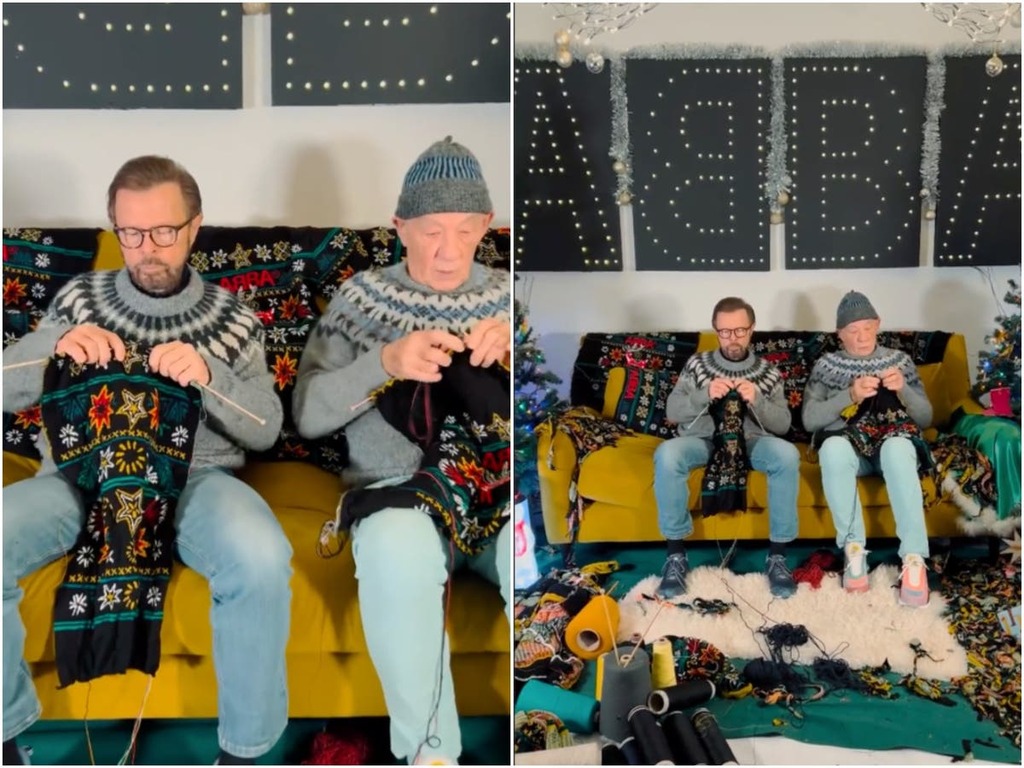 Ian McKellen and Abba’s Björn Ulvaeus have teamed up for an unlikely Christmas video together.

In the clip shared to the legendary actor’s Instagram on Sunday (21 November), the pair were seen sat on a sofa while wearing matching fair isle jumpers and blue jeans.

In their hands, they both held knitting needles and Abba-branded Christmas jumpers, which they appeared to be working on making together. As the camera pans out, McKellen and Ulvaeus are shown to be seated beneath a giant Abba banner and surrounded by sewing equipment.

The words: “Merry Christmas from Abba and Ian McKellen” then appear on the screen.

Fans were left delighted – if slightly baffled – by the video, which McKellen captioned: “The most exciting (mostly) silent clip you’ll see this season.”

One commenter wrote: “ABBA and Ian McKellen, together, knitting, was not on my card for the 2021 holiday season. But I’ll happily take it. Well done!”

“What was that?!?!? Just the best video of the whole week already!!” another comment read, while another fan wrote: “Never expected to see this in my life.”

Earlier this month, Abba released Voyage, an album containing their first original material in 40 years. You can read The Independent’s five-star review here.

Among the tracks is “Little Things”, a Christmas song from the Swedish pop group which will be released as a single in December.