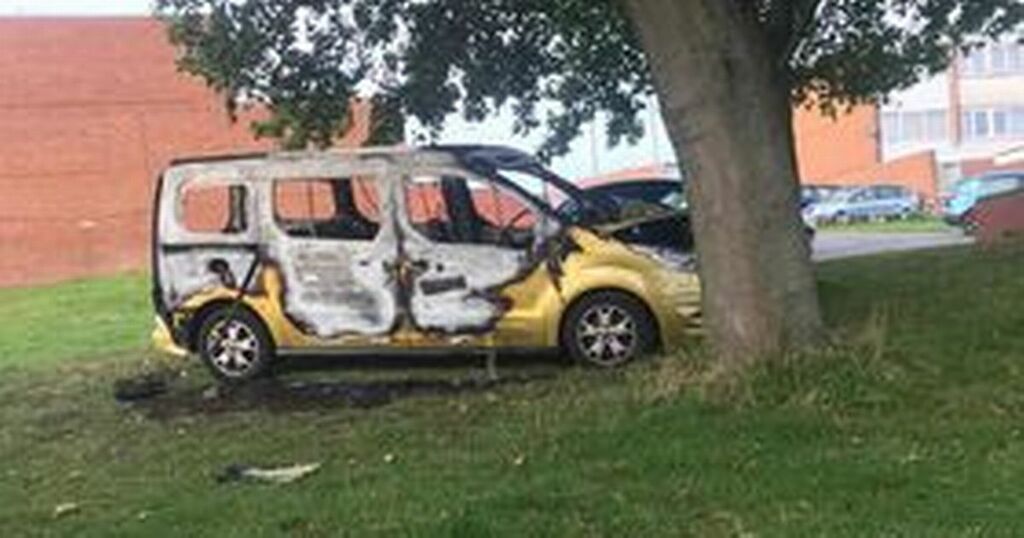 Police say they are treating a care fire near a park in Gedling as a suspected arson.

The abandoned vehicle was found at Queen's Avenue at around 10pm on Sunday, October 10.

Police say they were asked by Carlton fire crews to assist them at the scene - and they believe the fire was started deliberately.

Officers are out patrolling the local area and are carrying out CCTV enquiries as part of their ongoing investigation.

Sergeant Rebecca O’Connor, of Nottinghamshire Police, said: “Officers were called to Phoenix Avenue, Gedling, last night [10 October] at around 10.40pm after receiving a report from Nottinghamshire Fire and Rescue service for assistance.

“It is being treated as a suspected arson.

“An investigation into the incident is still on going and officers have been out patrolling the area and carrying out CCTV enquires.

“We would urge anyone with any information on the incident to get in touch with us.”

A spokeswoman for Nottinghamshire Fire and Rescue said: "Firefighters from Carlton Fire Station attended a vehicle fire on Phoenix Avenue, Gedling yesterday, Sunday, October 10 just after half past 10 in the evening.

"Crews used two breathing apparatus, two hose reel jets and small tools to put out the fire, however the vehicle was destroyed."

One eyewtiness told Nottinghamshire Live: "The car's still there in Gedling at the top of Queen's Avenue on the corner across from Phoenix park - it happened last night at about 10.15pm."

Anyone with any information is asked to contact the police on 101 quoting incident number 838 of 10 October 2021.