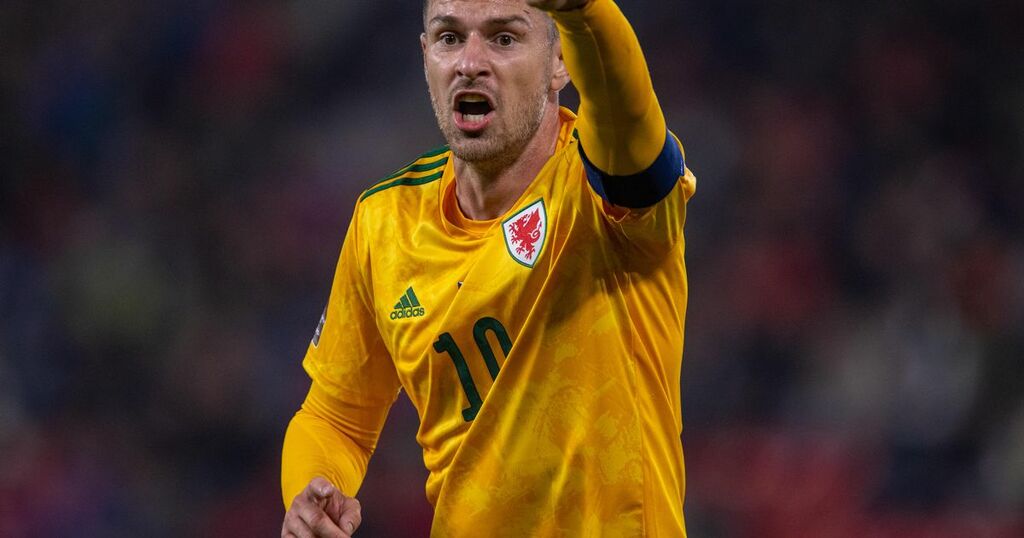 Aaron Ramsey once again showed the world that he's a wonderfully, wonderfully gifted footballer in Prague on Friday night.

The 30-year-old's sublime opening goal midway through the first half of a hugely encouraging 2-2 draw with the Czech Republic was matched with a performance that will have silenced a number of critics - both at home and, perhaps, in Italy.

The midfielder's stint at Juventus has been the subject of in recent weeks, with a sparing amount of game time under Massimiliano Allegri this season prompting questions over his future in Turin.

Rightly or wrongly, there's an increasing feeling in Italy that Ramsey has not justified his high wages, particularly in the financially testing climate created by Covid, so talk of an exit perhaps isn't all that surprising.

Indeed, whispers over a potential move away have been quietly gathering pace for some time, although it's worth pointing out that Ramsey himself has offered little indication that he'd be interested in calling time on his Serie A career.

In contrast, Wales boss Rob Page was pretty frank in admitting he'd like to see Ramsey back in the Premier League soon, adding: "The supporters need to be watching him to see him. Watching him in training today, he does things, it takes your breath away.

"We all know what he's capable of."

Should a return to English football's top flight emerge as a possibility, there would surely be no shortage of potential suitors.

According to Italian outlet Calciomercato, Everton and West Ham United are among those to have shown a tentative interest recently, but there's another name that could well now have the upper hand.

Despite lingering near the bottom of the Premier League, Newcastle United are surely poised to write some hefty cheques in the very near future.

The Magpies have effectively become the richest club in the world following a high-profile £300m takeover by a Saudi-backed consortium, and there is every chance that they will look to flex their financial might when the transfer window re-opens in the new year.

Before the PIF's money rolled onto Tyneside, Ramsey was already believed to be on the radar of the Magpies, although under the joyless, unambitious Mike Ashley regime, it always seemed a farfetched proposal.

But this takeover has unquestionably changed the landscape.

Newcastle would surely be well placed to get a deal done, although whether Ramsey would be interested in swapping one black and white shirt for another is perhaps another question.

In any case, he's just one of a number of players expected to be mentioned as a potential transfer target over the coming weeks.

According to our colleagues at the Manchester Evening News, there are four players at Manchester United that could also be on the radar at St James' Park.

Out-of-favour French striker Anthony Martial is one of the those at Old Trafford that's believed to be assessing his options, having fallen down the pecking order in light of the of the arrivals of Jadon Sancho and Cristiano Ronaldo.

The striker has made just five Premier league appearances so far this season, and a move to the north-east could well be seen as the best solution for all parties.

Jessie Lingard, who enjoyed a huge upturn in form on loan at West Ham United last season, is another that could be targeted, while Eric Bailly has also been mentioned.

The final player linked with the Magpies is Donny van de Beek, who has simply failed to establish himself at Old Trafford since making a £30million move from Ajax in 2020.