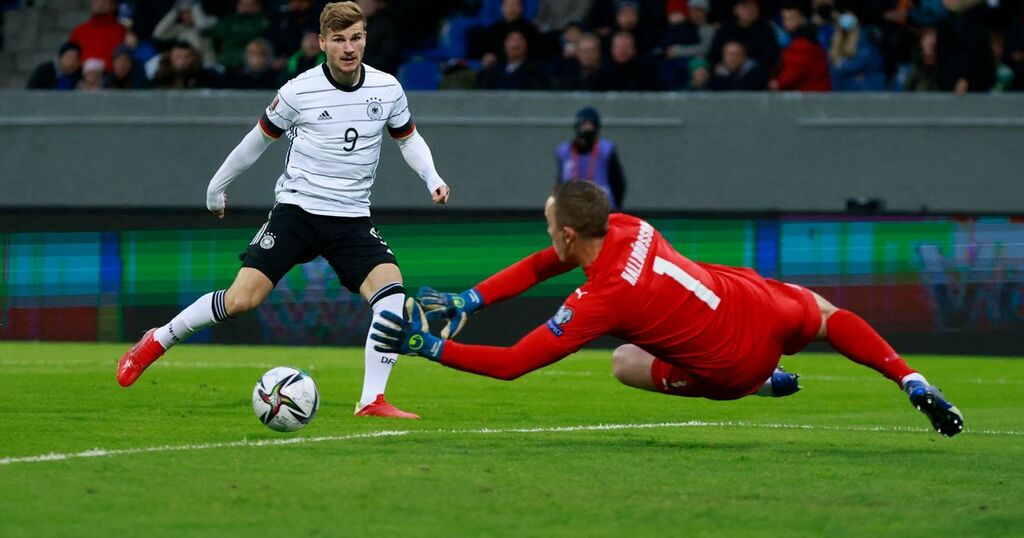 It’s been a difficult summer for Timo Werner.

His first season in England with Chelsea didn’t quite go as expected. Though it ended with a Champions League win, Werner failed to maintain his late-October/early November form that saw him score seven goals in five games for club and country.

After that patch, his next goal game in the FA Cup third round in January and it was another month before his next goal.

He did open the scoring in the Champions League second-leg tie against Real Madrid but his lack of composure and ruthlessness in front of goal across the 2020/2021 campaign saw Chelsea add Romelu Lukaku from Inter for £97.5million.

Werner started the opening day game against Crystal Palace and played the full game. But Thomas Tuchel then left him out of the starting line-up against Arsenal, when he was an 89th-minute substitute. He failed to get off the bench in the 1-1 draw at Liverpool.

The international break was seen as the perfect opportunity for the German attacker to rediscover the form that saw the Blues spend £45m on him from RB Leipzig and Werner reminded everyone just what he is capable of.

Three goals and an assist in three games will have Werner full of confidence and the timing could not be any better.

Lukaku picked up a thigh injury while away with Belgium, leaving Tuchel sweating over his fitness ahead of Saturday’s game against Aston Villa at Stamford Bridge.

Though Werner did miss an open goal on Wednesday night against Iceland, he capped off the night with Germany’s fourth goal in their 4-0 win.

Fans took to social media to praise the 25-year-old after his goal.

Here’s what they said.

Chelsea's German contingent had a great evening on Wednesday night.

Antonio Rudiger grabbed his first goal for the country and Kai Havertz could have nicked Werner's goal from him but allowed the ball to roll in off the post, showing his unselfish nature and allowing Werner to finish his international break the way he started it - finding the back of the net for Germany.