A watershed moment for electric vehicles, courtesy of Ford

Ford's F-150 Lightning — which is just hitting the market — is more than simply another pickup truck: It's poised to open the floodgates for electric vehicle adoption in the U.S. by showing how much an EV can do.

Why it matters: While Tesla started the EV revolution, Ford will likely get credit for taking these vehicles mainstream. Priced just under $40,000, the F-150 Lightning is a versatile and affordable gateway product that can (sometimes) be charged in under an hour.

What's happening: Ford is overhauling its F-Series pickup truck — America's best-selling vehicle — by ripping out the engine and transmission and replacing it with an electric powertrain.

So far, it looks like a success: Ford has taken nearly 200,000 reservations and already bumped up production capacity twice, hoping to hit an annual rate of 150,000 by next year.

The big picture: Ford sells 900,000 gasoline-powered F-Series trucks per year, bringing in more than $40 billion in annual revenue — more than companies like McDonalds, Nike and Coca-Cola.

Ford is not the first to deliver an electric truck; General Motors' GMC Hummer and Rivian's R1T beat them to market. But those are fun, expensive toys.

Situational awareness: I flew to Texas, the truck capital of America, last week to be among the first to try the new electric F-150.

Details: The Lightning comes with two battery choices — a 230-mile standard range and a 320-mile extended range — and four trim levels. I tried them all, from the $39,974 Lightning Pro work truck for fleet customers all the way up to the $90,874 Platinum edition.

The "mega power frunk" — or front trunk — could be the Lightning's biggest selling point:

It's also a source of power, with up to 11 outlets onboard to power tools, camping gear — even your house or your neighbor's EV in a pinch.

The bottom line: The Ford F-150 Lightning is the most anticipated vehicle in decades — and, so far at least, lives up to the hype.

Editor’s note: The annual revenue figure that Ford derives from its F series trucks has been corrected: It is $40 billion, not $40 million. 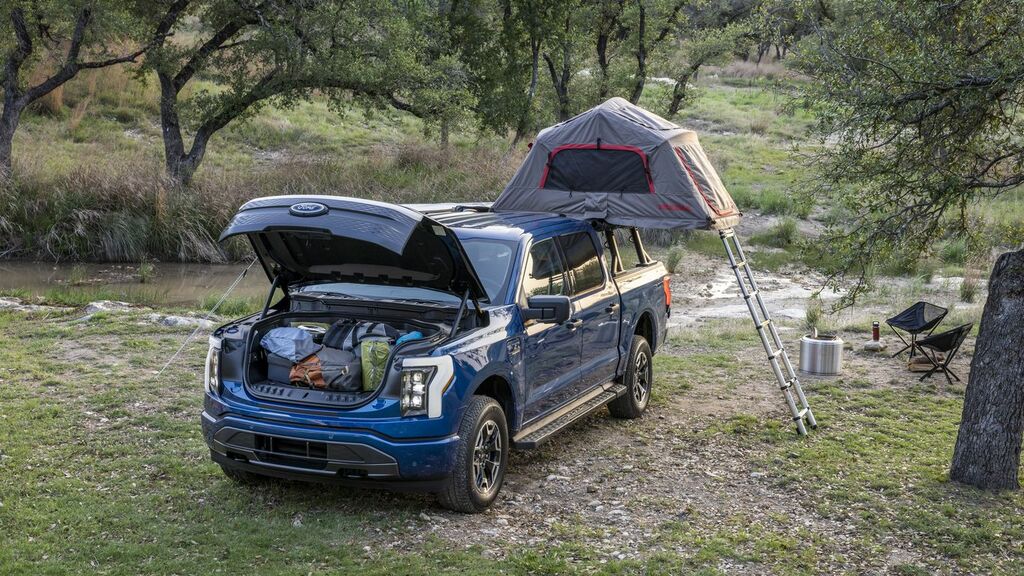 America’s best-selling truck goes electric with 775 lb-ft and a MegaPower Frunk, but it doesn’t lose sight of what counts.