Taming of the crew: the bard meets Cunard in RSC cruise deal 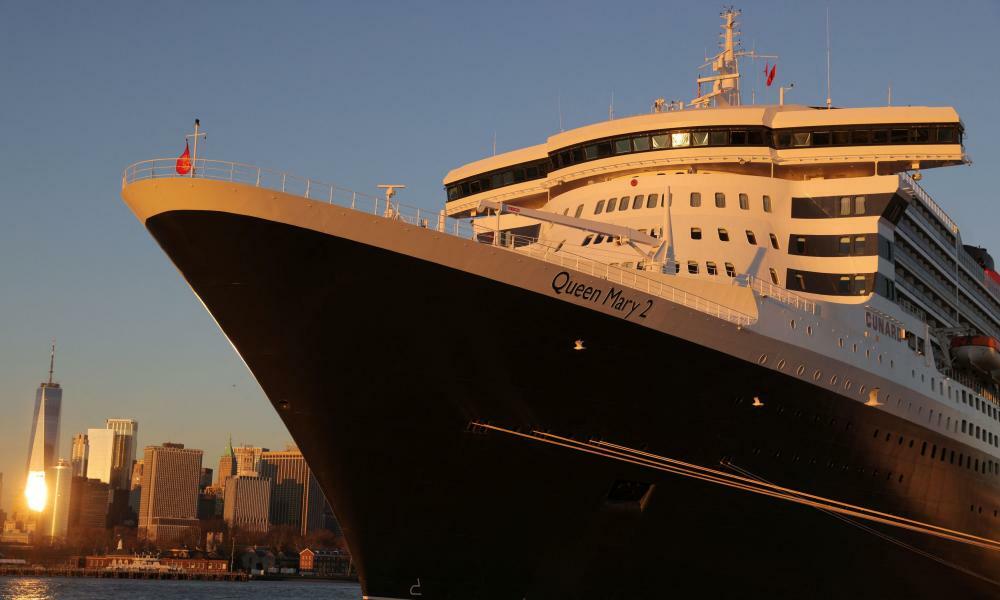 More than 400 years after Hamlet was performed by a ship’s crew anchored off west Africa in the first known production of a Shakespeare play outside the British Isles, the bard is once again taking to the high seas.

In evidence that all the world is indeed a stage, the Royal Shakespeare Company (RSC) has signed a three-year deal with Cunard for productions aboard the company’s flagship cruise liner, Queen Mary 2.

Passengers will be able to enjoy a new one-hour compilation piece, Boundless As the Sea, described by the RSC as “a unique blend of Shakespeare’s iconic love scenes”, in the ship’s purpose-built theatre.

The onboard cast will also lead a series of workshops exploring their craft, and “intimate, informal events” in which actors will perform favourite sonnets and speeches, and answer questions from the audience.

An abridged version of the RSC’s 2018 production of Miss Littlewood, a musical about the life of actor and director Joan Littlewood, known as the “mother of modern theatre”, will also be performed.

Erica Whyman, the RSC’s acting artistic director, said: “Shakespeare can seem forbidding. Some people have been made to feel as though he belongs to a certain kind of audience. So an introduction that opens up how beautiful the language is, that brings the language to life and respects it, can unlock it for new audiences.”

The deal with Cunard was a “classy partnership between two organisations offering people the opportunity to expand their horizons”, she added.

“In a sense, it’s an extension of what we do already in touring the UK, and we’re very proud of that work. We take a ‘first encounter’ programme which is tailor-made for people who are seeing Shakespeare for the first time to schools and communities in areas of multiple challenges. [This] is just a different way of touring.”

Sonia Massai, a professor of Shakespeare studies at King’s College London, said: “The more Shakespeare, the better. Shakespeare has survived, in fact thrived, in any shape or form in which [his work] has been presented to audiences over the last few hundred years. I’m not a purist as a scholar – in fact, I’m really interested in contemporary uses of Shakespeare.”

The bard’s plays had “always functioned as a platform for debate about the big questions of our own time. That’s the purpose of the arts more generally, and Shakespeare clearly occupies a central place in that.”

The RSC – the “gold standard” of Shakespearean performance – received considerable public funding, so “any innovation, any attempt to reach new audiences, is to be welcomed”.

But, she added, cruise ship audiences were “probably quite similar to audiences who already go to Stratford [the RSC’s base] or theatres across the world”.

Whyman said the RSC worked “very, very hard in our day to make sure that we’re reaching the most diverse range of audiences. Cunard is a particular project, which allows a particular audience to have access to our work, and there’s no reason to deprive them of that experience”.

Prices for the Shakespeare cruises start at £379 a person for an inside cabin on a two-day voyage from Southampton to Hamburg, and reach £19,389 a person for a 26-day round trip between New York and the Norwegian fjords in a top-of-the-range suite. As well as Shakespeare, passengers can enjoy live music, wine tasting, an onboard planetarium and a game of deck quoits.

Lee Powell, the vice-president of brand and product at Cunard, said: “To be able to offer our guests access to performances by world leaders in both contemporary theatre and Shakespeare’s finest work is an extraordinary opportunity which I know our guests will fully immerse themselves in.”

The RSC declined to disclose financial details of the partnership.

The performance of Hamlet on 5 September 1607 aboard the Red Dragon, an English ship on its way to India, was logged in Capt William Keeling’s diary, regarded as authentic by Massai.

The play was presented to an eminent guest, the local king’s brother-in-law, Lucas Fernandez. Keeling was pleased enough with the result for his crew to perform Richard II a few weeks later.

• This article was amended on 13 January 2022. An earlier version said that the Red Dragon’s Hamlet performance was more than 500 years ago.