A ‘Taiwan flashpoint’ in the Indo-Pacific 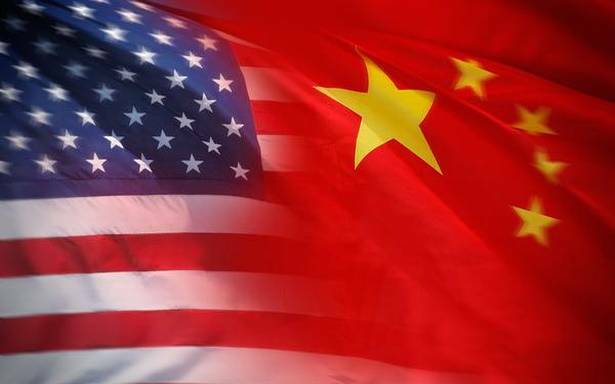 If the rising confrontation between the United States and China erupts into a clash of arms, the likely arena may well be the Taiwan Strait. Taiwan is the unfinished business of China’s liberation under the Chinese Communist Party (CCP) in 1949. The Guomindang (KMT) forces under Chiang Kai-shek lost the 1945-49 civil war to the CCP forces under Mao Zedong. Chiang retreated to the island of Taiwan and set up a regime that claimed authority over the whole of China and pledged to recover the mainland eventually.

The CCP in turn pledged to reclaim what it regarded as a “renegade” province and achieve the final reunification of China. Taiwan could not be occupied militarily by the newly established People’s Republic of China (PRC) as it became a military ally of the United States during the Korean War of 1950-53. It was described as an “unsinkable aircraft carrier” underscoring its strategic significance. This phase came to an end with the U.S. recognising the PRC as the legitimate government of China in 1979, ending its official relationship with Taiwan and abrogating its mutual defence treaty with the island.

Nevertheless, the U.S. has declared that it will “maintain the ability to come to Taiwan’s defence” while not committing itself to do so. This is the policy of “strategic ambiguity”. China, on the other hand, is committed to pursuing peaceful unification but retains the right to use force to achieve the objective. This is its own version of strategic ambiguity. The PRC has pursued a typical carrot and stick policy to achieve the reunification of Taiwan with the mainland. It has held out the prospect, indeed preference for peaceful reunification, through promising a high degree of autonomy to the island under the “one country two systems” formula first applied to Hong Kong after its reversion to Chinese sovereignty in 1997. According to this formula, Hong Kong would retain its free market system and its political and judicial institutions and processes for a period of 50 years, thus enabling an extended and gradual transition. The same was promised to Taiwan, but with the added assurance that it could also retain its armed forces during the transition period.

With China itself adopting market-oriented reforms since 1978 and becoming, over a period of time, a significant economic and commercial opportunity globally, Taiwan business entities have invested heavily in mainland China and the two economies have become increasingly integrated. Between 1991 and 2020, the stock of Taiwanese capital invested in China reached U.S. $188.5 billion and bilateral trade in 2019 was U.S. $150 billion, about 15% of Taiwan’s GDP. By contrast the stock of Chinese capital invested in Taiwan is barely U.S. $2.4 billion although investments through Hong Kong may be considerable.

Taiwanese attempts to reduce the island’s economic exposure to China have not been successful so far. China hopes that the considerable economic benefits that Taiwan business and industry enjoy through a burgeoning relationship with China would weaken opposition to unification. By the same token, China is capable of inflicting acute economic pain on Taiwan through coercive policies if the island is seen to drift towards an independent status.

Taiwan has two major political parties. The KMT, dominated by the descendants of the mainlanders who came to the island along with Chiang Kai-skek in 1949, remains committed to a one-China policy and does not support the independence of Taiwan. The Democratic Progressive Party (DPP), on the other hand, is more representative of the indigenous population of the island, and favours independence.

However, faced with aggressive threats from China and lack of international support, the demand for independence has been muted. China feels more comfortable with the KMT and is hostile to the DPP. Ever since the DPP under Tsai Ing-wen won the presidential elections in 2016, China has resorted to a series of hostile actions against the island, which include economic pressures and military threats. These actions have escalated since the re-election of Tsai Ing-wen in the 2020 elections. Public opinion swung in her favour as China adopted a series of hardline policies in Hong Kong, abandoning the ‘One Country Two Systems’ formula promoted by Chinese leader Deng Xiaoping. China could no longer pretend that the model was relevant in any sense to Taiwan’s future under Chinese sovereignty.

Worldview with Suhasini Haidar | Should India be worried about China-Taiwan tensions?

One important implication of this development is that prospects for peaceful unification have diminished. Sentiment in Taiwan in favour of independent status has increased. The escalating military threats against Taiwan, through daily violations of its air defence identification zone (ADIZ) and aggressive naval manoeuvres in the Taiwan Strait are currently deterrent in nature, aimed at heading off any move towards independence and its closer military relationship with the U.S.

While the U.S. does not support a declaration of independence by Taiwan, it has gradually reversed the policy of avoiding official-level engagements with the Taiwan government. The first breach occurred during the Donald Trump presidency when several senior officials, including a cabinet-level official, visited the island. The Joe Biden officials have continued this policy. The Taiwanese representative in Washington was invited to attend the presidential inauguration ceremony (Biden), again a first since 1979. Reports have now emerged that U.S. defence personnel have been, unannounced, training with their Taiwanese counterparts for sometime. In a new incident last week, a U.S. nuclear-powered submarine reportedly ran into an “unidentified object” while in the South China Sea. China has objected to these U.S. actions vociferously.

The latest statement by Chinese President Xi Jinping on Taiwan on October 9, on the eve of Taiwan’s national day, responds to these developments. Mr. Xi said that unification should be achieved peacefully but added that the Chinese people have a “glorious tradition” of opposing separatism. Mr. Xi added, “The historic task of the complete reunification of the motherland must be fulfilled and will definitely be fulfilled.”

These statements are somewhat less aggressive and impatient than his earlier ones on Taiwan. This may be related to the recent telephone conversation between President Joe Biden and Mr. Xi when Mr. Biden reportedly assured Mr. Xi that the U.S. would abide by the “Taiwan agreement”, that is, the U.S. would not overturn its one China policy.

Is China prepared to carry out military operations to invade and occupy Taiwan?

In March this year, the U.S. Pacific Commander, Philip Davidson, warned that China could invade Taiwan within the next six years as part of its strategy of displacing U.S. power in Asia. He appeared to suggest that Chinese military capabilities had been developed in order to achieve this objective. Other analysts argue that cross-strait operations would be extremely complex and pacifying a hostile population may prove to be long drawn out and costly. China may, therefore, be content to head off Taiwan independence while continuing to build its capabilities and await a further relative decline of U.S. power and its will to intervene in the defence of Taiwan.

These calculations may be upset by accident or miscalculation, and the recent submarine incident is a warning in this respect. The recent crystallisation of the Quad, of which India is a part, and the announcement of the Australia-U.K.-U.S. alliance, AUKUS, with Australia being graduated to a power with nuclear-powered submarines, may act as a deterrent against Chinese moves on Taiwan.

But they may equally propel China to advance the unification agenda before the balance changes against it in the Indo-Pacific.

For these reasons, Taiwan is emerging as a potential trigger point for a clash of arms between the U.S. and China.

In pursuing its Indo-Pacific strategy, India would do well to keep these possible scenarios in mind.

Shyam Saran is a former Foreign Secretary and a Senior Fellow, Centre for Policy Research