An adorable and very rare albino echidna called Mr Spike (Mr Spike!!!) was rescued and rehabilitated. What an absolutely glorious piece of news that is.

Mr Spike was found by WIRES Wildlife Rescue after being hit by a car in NSW.

He was then taken to Albion Park Vets where he was looked after by Dr Cindy Jarrett. She’s the good doctor who bequeathed Mr Spike his truly excellent name.

WIRES shared the good news about Mr Spike’s recovery via their socials.

He’s now been released back into the wild, so we can all start our weekends on a high.

WIRES said that if you come across an echidna — or one of their babies, which is adorably called a puggle — you should contact them immediately.

While echidnas are funky little mammals only found in Australia and New Guinea, recent research showed they originally came from Antarctica. I hope they had snow boots on.

Over the COVID-19 lockdowns a group of researchers did some digging into the history of echidnas and platypuses. That’s because they’re the only surviving monotremes (mammals which lay eggs).

According to Australian Geographic, evidence of an early ancestor of monotremes called Teinolophos trusleri was found in south-east Australia. But the evidence is 130 million years old, so would stretch back to when Australia was part of the south pole.

Once again I am politely asking that we bring back Pangaea and also do a Jurassic Park for all the cool megafauna.

“It would have lived in a polar environment,” biologist Professor Tim Flannery told the publication.

“But there were forests there then because the climate was different at that time: so, these were polar forests that probably had between three and six months of darkness a year.”

According to Flannery and his fellow researchers, the echidnas we know and love first evolved in New Guinea.

“Some time, maybe around 50 million years ago, one group of platypus-like ancestors gets isolated on this island off New Guinea and they are more terrestrial and these became the echidnas,” he said.

Wow. Colour me fascinated. Absolutely baffled by the concept of platypuses becoming echidnas — evolution is wild! Who knew that a little guy like Mr Spike had such an interesting backstory. 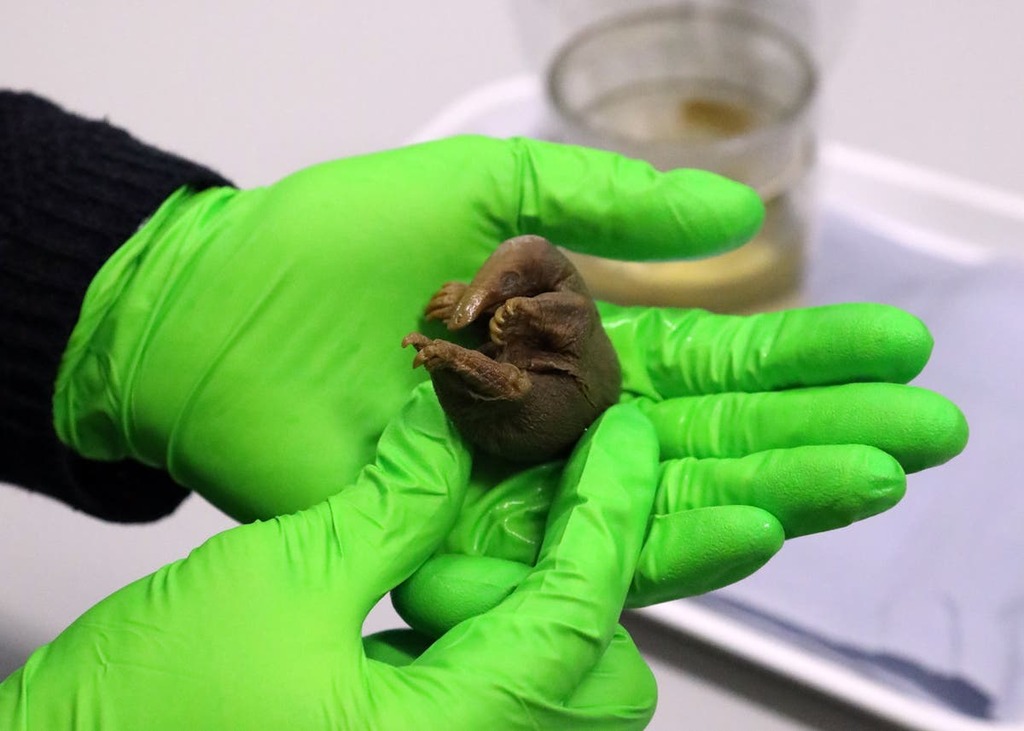 The Independent UK
One subscription that gives you access to news from hundreds of sites
Historic Evidence: Jars Of Platypuses Dating Back 150 Years That Proved Some Mammals Lay Eggs Found

Hidden treasures were discovered when the museum’s Assistant Director Jack Ashby was researching a book on Australian mammals.

Zenger
Kind family rescue 'distressed, abandoned puppy' - then realise it's not a dog

After realising their error, the family called their local wildlife and passed the adorable animal into their care.