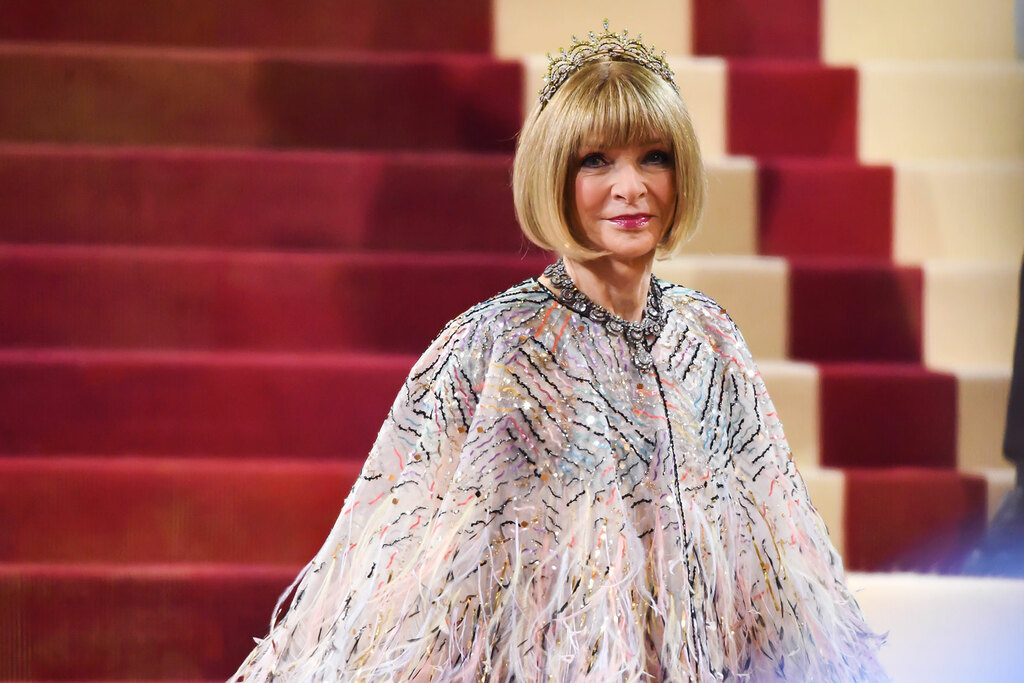 Power & whom Anna Wintour deems "worthy"
A new biography lifts the veil on Wintour, including what she thought of "The Devil Wears Prada"

Craig McLachlan has responded to a clip appearing to show him touching a fellow actress on the backside, saying it…

AAP
One subscription that gives you access to news from hundreds of sites
Review: The Innocents

The kids are all wrong.

The Conversation
Iconic Show Jersey Shore Is Getting A Reboot Plus New Cast And It Can Politely Come At Me, Bro

A sequel to their 2018 mystery-comedy film has been greenlit via Lionsgate and Amazon Studios.

Director of the OG flick Paul Feig will return to work on the project.

Based on the 2017 novel of the same name, A Simple Favour is about a widowed single mama named Stephanie (Kendrick) who works as a vlogger in Connecticut.

She soon becomes v. v. v. intrigued by Emily (Lively), a successful but mysterious businesswoman whose son goes to the same school as Stephanie’s kid.

After Emily goes missing (!!!), Stephanie leads the investigation to find her and a whole lot of bonkers shit goes down.

It was a ‘yuge hit at the box office, earning more than AUD$140+ million worldwide.

Plot deets for the second flick are currently under wraps, although folks who saw the first flick shouldn’t be surprised that a sequel is happening considering the first one ended on a cliffhanger.

The movie became a topic of convo again last year when podcast Celebrity Memoir Bookclub floated the theory that Lively and Kendrick were at odds during filming.

One of the hosts revealed on TikTok that “someone who worked at the studio” gave them the tea.

“They HATED each other,” the podcast host said. “The studio even had to have a talk with them about making it look like they liked each other on press tours because it was starting to get obvious.”

They added, “Anna in particular was really competitive with Blake and was constantly asking to make sure she got more promotion than Blake and even made us PHOTOSHOP HER CLEAVAGE in the Simple Favour poster to be as big (or bigger) than Blake’s.”

After the theory went bonkers online, fans did some digging and found a particularly tense interview from the A Simple Favour press tour.

In the interview, Anna Kendrick mentioned the fact that she worked with Ryan Reynolds, AKA Blake Lively’s hubby, and she said she once thought Blake was nice, but doesn’t now.

She even went as far as to tell Blake not to touch her and it could just be playful banter but it seems pretty damn real to me. Just look at their facial expressions and body language.

Neither gal has ever addressed the rumour and, I mean, would they really sign on for a sequel if they hated each other that much? I don’t think so.

Lively’s most recent flick was The Rhythm Section where she starred opposite Jude Law. She’s also set to make her directorial debut with Seconds, an adaptation of the graphic novel by Bryan Lee O’Malley (the dude who directed Scott Pilgrim).

As for Kendrick, her most recent flick was Netflix film Stowaway.

There’s no word as to when the flick is dropping, so sit tight for now.

The post A Simple Favour 2 Is In The Works So Those Rumours Of Blake & Anna Hating Each Other Must Be BS appeared first on PEDESTRIAN.TV .

Blake LivelyAnna Kendrick
Sign up to read this article

Power & whom Anna Wintour deems "worthy"
A new biography lifts the veil on Wintour, including what she thought of "The Devil Wears Prada"

Craig McLachlan has responded to a clip appearing to show him touching a fellow actress on the backside, saying it…

AAP
One subscription that gives you access to news from hundreds of sites
Review: The Innocents

The kids are all wrong.