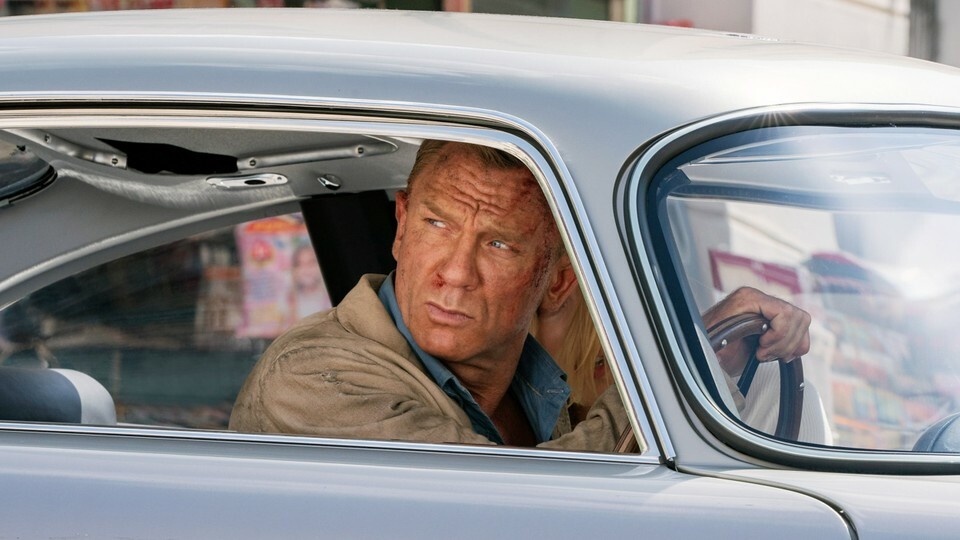 James Bond has always had a loose relationship with continuity. The secret-agent character, originally written by Ian Fleming, has been played by six actors over the past six decades, usually with the slightest wink to the audience after each transition. “This never happened to the other fella,” George Lazenby quipped in his one appearance as Bond, joking about the man he had replaced, Sean Connery. Not until Daniel Craig assumed the role, in 2006’s Casino Royale, did the series implicitly acknowledge the recasting, having Craig play Bond at the beginning of his career, a rookie spy earning his license to kill. Now, in No Time to Die, Craig’s fifth and final outing in the part, the franchise has done something equally revolutionary: give Bond a firm send-off.

That’s not to say this is the end of the character; the standard, defiant title card follows the credits, reading James Bond will return, and the rumor mill about who will succeed Craig will surely spin into high gear next year. But most Bond actors over the decades left on a bum note—Connery’s Diamonds Are Forever, Roger Moore’s A View to a Kill, and Pierce Brosnan’s Die Another Day are arguably the worst films for their respective stars. It seemed as if Craig might bow out similarly in 2015’s disappointing Spectre, but No Time to Die works hard to clean up that film’s narrative mess, take stock of Craig’s tenure, and give the actor ample space for a fond farewell. It’s ambitious, sprawling, and sometimes shockingly counter to tradition for the series. But it’s also hugely effective: In offering real closure for the first time, No Time to Die sheds Bond’s mystique. It cements Craig’s legacy of playing Bond not just as a reliable institution, but also as a flawed human.

[From the October 2013 issue: The inner life of James Bond]

No Time to Die brings in a new director, Cary Joji Fukunaga, who wrote the script alongside the Bond mainstays Neal Purvis and Robert Wade, and Fleabag’s Phoebe Waller-Bridge. Bond’s first spectacular action sequence sees him visiting the grave of Vesper Lynd, Eva Green’s character from Casino Royale, whose death seemed to harden his heart to future romantic commitment. Indeed, much of No Time to Die’s emotional arc is invested in whether Bond can open up to Madeleine Swann (played by Léa Seydoux), returning as his love interest from Spectre.

Returning love interests? Callbacks to past regrets? Bond opening his heart to anyone? This all sounds almost sacrilegious given his typical love-them-then-leave-them approach to women. Part of the key to Bond’s appeal has been his unchangeability, how he cycles through dastardly plots and romances year after year, barely breaking a sweat over either. But Craig is obviously disinterested in that take on the role, and in No Time to Die the actor pushes the audience to notice more cracks in Bond’s facade, playing his super-spy coolness as a force field against emotion that’s starting to falter. It’s daring stuff, but if you’ve been on board with Craig’s performance in prior films, this feels like a natural step for his character. Fittingly, though, this version of Bond could appear only as he’s saying farewell: The film’s plot is largely concerned with his intent to retire, perhaps aware that he cannot function as a sentimental assassin for the state.

That doesn’t mean Fukunaga abandons the central tenets of the series. He’s a talented filmmaker who matched painterly framing with grit and realism in Beasts of No Nation as well as the first season of True Detective, and he stages some beautiful set pieces in Southern Italy, Jamaica, and Norway, filmed for IMAX’s colossal screens and worth seeing on them if possible. Beyond that, Fukunaga leans into the throwback silliness of Bond, something the contemporary films have shied away from. The film’s soft-spoken villain, Lyutsifer Safin (a hammy Rami Malek), hatches his evil scheme from a remote island lair, à la Dr. No; a secondary plotline is handed to the returning megalomaniac Blofeld (Christoph Waltz), who uses a bionic eye to spy on his enemies.

Fukunaga blends absurdity with pathos well, though he’s got plenty of room given the film’s running time (163 minutes, a record for the series). He also manages to avoid the tired trope of the “Bond girl,” the object of desire who functions as little more than a lusty prop. Alongside returning characters such as Madeleine and Moneypenny (Naomie Harris) is a new agent, played by Lashana Lynch, who assumes Bond’s old position after he decides to retire. Her presence as a Black, female 007 could have felt gimmicky, but Lynch seems completely undaunted, matching wits gamely with her predecessor. She appears to exist primarily as a nod to the potential awaiting the series as it searches for its next Bond; the film takes pains to clarify that she will not be Craig’s permanent replacement. Ana de Armas swoops in for a charming sequence as a rookie agent helping Bond on an assignment, and their flirty energy feels motivated by mutual respect.

These shifts in storytelling reflect Craig’s consistent interpretation of Bond as more of a wounded animal who struggles to trust anyone than a cool, calm creature of the British empire. Whether this version can last beyond him is irrelevant—part of the joy of his work has been watching him find something new in the role without entirely departing from what’s kept the character popular for so many years. No Time to Die still has car chases, explosions, and an arch-supervillain bent on world domination. But it’s also a film ready to prompt tears—for reasons I won’t spoil—as it says goodbye to its star, asking its audience to allow Bond a poignant vulnerability. I was happy to oblige.