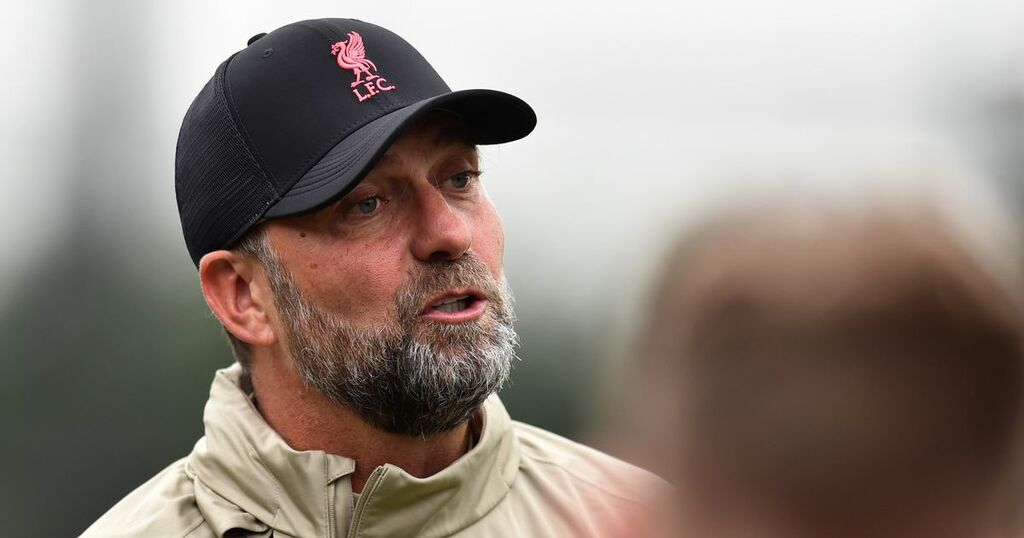 Jurgen Klopp says he bares no grudge over Brazil's decision to allow Richarlison to feature for Everton this weekend as Liverpool face up to the prospect of losing Alisson Becker and Fabinho.

And Klopp says it would be considered "a real joke" had the Blues not been allowed to play their forward when the Premier League returns this weekend.

Liverpool have been told by FIFA they cannot play Alisson, Fabinho or Roberto Firmino in Sunday's clash at Leeds United after refusing to release the Brazil trio for international duty due to coronavirus quarantine regulations.

A number of other Premier League clubs have also been affected after the Brazil FA asked world football's governing body to enforce their five-day sanction.

Everton, however, will be permitted to field Richarlison at home to Burnley on Monday night due to the Blues' good relationship with the football federation in South America.

Klopp says that while he does not believe any player should be banned, he has no issue with Richarlison being made available to Rafa Benitez on Monday evening.

"Richarlison played in the Olympics, come on," Klopp said.

"He played in the Copa America and the Olympics so if he was not invited [to play] then I think that would be a real joke.

"Anyway, I don't think I am famous for having too many positive things to say about Everton, but it is absolutely not something I have thought a second about, no.

"In my personal opinion, no-one should be banned because there was no solution for us to get around this.

Liverpool were adamant that both Fabinho and Alisson should be allowed to play in the fixture at Elland Road, but are set to be without all three of their Selecao stars this week as it stands, with Firmino already hamstrung.

Klopp added: "So in the game - we all know the game Brazil v Argentina - when the Argentina players came from another country, but they were in England for the last 10 days, so as long as all the countries use their own rules for something like this, we will not get out of that.

"People say now sport is not the most important thing in the world, people said that about the Olympic Games, I thought they were great and everyone loved watching it.

"I don't know how the Japanese think about it now. But the Copa America, the players went there and played even though they can organise a Copa America every year, but we have no influence.

"And now they give us the three games, we, like we always do, let the players go but now, they cannot.

"Because when they come back, they cannot play maybe five games or so? I don't know exactly but definitely four for sure they could not play.

"So we cannot just sit here and say: 'yes, no problem. Just let them go.' But we don't make any kind of these decisions.

"We didn't organise the tournament, we didn't ask for three games in the international break and we didn't say play the last game on Thursday, which is in favour of the South American countries.

"They wait until the last possible moment to play the third game. Nobody thinks about the players, that's how it is.

"And now we sit here and get punished for it. I don't think it is OK, but if it is like this, I cannot change it."

Despite Klopp's frustration over the ruling, the Liverpool boss says he won't be using it as an excuse at Elland Road.

"We want to go to Leeds, as difficult as it is, and win and of course we want to use our best players always," he said.

"We won't use it as an excuse, we will go there and use our best players.

"So at the moment, it is all fine but it is not right. As much as we talk about it.

"We have this problem in football that someone organises the tournaments that doesn't care about the players who have to be part of the tournament.

"That's the situation at the moment and it doesn't sound right because it is not right."