Emergency workers and residents in Beirut, Lebanon’s capital city, are searching for survivors after Tuesday’s massive explosion that killed at least 100 and wounded thousands more, amid the city’s struggles with coronavirus, its fragile political system and a high unemployment rate.

The blast, which Lebansese officials say was caused by an explosion of 2,700 tons of ammonium nitrate being held at a shipping port, leveled entire sections of the city.

At least 100 have been reported dead, according to George Kettani, secretary-general of the Lebanese Red Cross, while the New York Times reported that other officials are expecting the death toll to rise as victims remain trapped in rubble and debris.

Hospitals are overwhelmed as over 4,000 injured residents sought help, with some being treated in parking lots by flashlight, as night fell; at least four hospitals sustained substantial damage in the blast and could not admit patients.

“What we are witnessing is a huge catastrophe,” Kettani told Lebanese television news network Mayadeen on Wednesday.

The explosion knocked out electricity in much of the city, which limited emergency workers’ activity until Wednesday’s sunrise.

Lebanon Prime Minister Hassan Diab told reporters the ammonium nitrate had been in storage without “preventative measures” since it was confiscated from a cargo ship in 2014, which he called “unacceptable.”

What we don’t know

Why such a large amount of ammonium nitrate was allowed to be stored at the shipping port, and what set off Tuesday’s explosion. Classified as a chemical, the substance is commonly used for fertilizers and bombs, according to the Times.

300,000 and $3 billion. Beirut Gov. Massan Abboud told Agence France-Presse that at least 300,000 residents have been made homeless as a result of the explosion, and damage to the city is tallied so far at $3 billion. Lebanon’s Director of Islamic Relief, Nidali Ali, told the BBC that “catastrophic” shortages of food are expected over the next two months.

“I will not rest until we find the person responsible for what happened, to hold him accountable and impose the most severe penalties,” Diab told reporters.

The blast ripped through Beirut around 6 p.m. local time Tuesday, according to CNN, damaging streets, homes, cars, offices and landmarks up to 6 miles from the explosion’s center, plunging the city into chaos. Residents of Cyprus, a small Mediterranean island country 150 miles from Beirut’s coast, said they could feel the explosion. Aid has been dispatched from there, along with help from France, Qatar, Iraq, Kuwait and the World Health Organization. French President Emmanuel Macron will arrive in Beirut Thursday to help. President Trump said during a Tuesday press conference that the explosion was “an attack,” a claim immediately disputed by U.S. defense officials. Prior to the explosion, Lebanon was grappling with an economic crisis that saw its currency devalued by 80%, spiking unemployment, along with the coronavirus pandemic. The country is also awaiting a United Nations-backed court to deliver a Friday verdict on the 2005 truck bomb death of former prime minister Rafik Hariri that, in its aftermath, destabilized Lebanon’s political system.

As Death Toll Rises After Deadly Blast, a Search for Answers and Survivors (New York Times)

Beirut explosion: over half the city damaged in blast that killed at least 100 and wounded 4,000 (The Guardian) 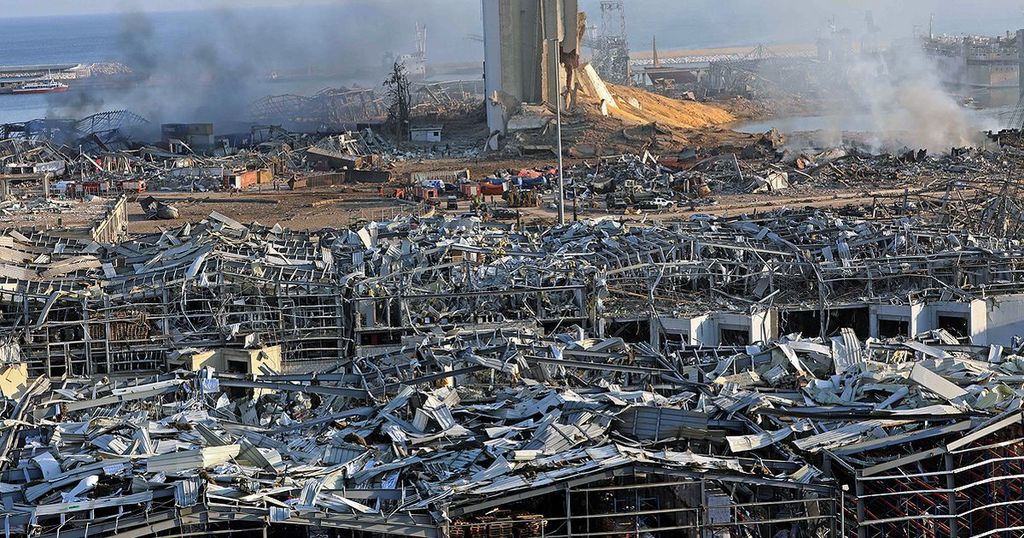 Beirut explosion leaves city in ruins with at least 135 dead and 300,000 homeless
The blast, believed to have been caused by a pile of ammonium nitrate that had been abandoned for years, had…

Daily Mirror
One subscription that gives you access to news from hundreds of sites
Beirut explosion – latest news: Lebanon declares state of emergency as over 300,000 left homeless and at least 135 dead following blast