We encounter Bran, the narrator of Nell Zink’s new novel, Avalon, just as she leaves a party where something pivotal and distressing has happened to her. We know that it is pivotal because we immediately cut back in time to Bran’s childhood, and much of the novel becomes an inexorable march toward that fateful night. We also have some warning that the account we are about to hear is a fragile memory: “I have trouble recounting my childhood in chronological order. It appears in fragments, like a cored and sectioned apple. Put it back together, and the interior disappears.” I’m always a little wary when a book has a thesis statement right at the top that seems pinned in place to explain some infirmity in the execution.

What follows is an annoyingly twee novel—Dickens by way of Jodi Picoult—in which Bran is abandoned by her mother, who goes on to become a Buddhist nun of sorts and then die from cancer. Left in the care of her common-law stepfather and his extended relations, Bran grows up at a plant nursery that serves as some kind of front for a biker gang. She works hard, far harder than child-labor laws would seem to allow, and she suffers from the social and spiritual alienation common to precocious literary narrators among their working-class families. For Zink, whose novels are typically high-concept intellectual gags that treat contemporary pieties with hostile amusement, this alienation is approached obliquely and with what I suppose is meant to pass as humor. Bran befriends a fellow outcast, Jay, who is the adopted Russian son of rich progressive Californians who believe in public school. She matriculates to high school early so that she can stay with her new friend. This friendship will come to define her life, and by extension the novel, because it is through Jay that she meets Peter, the soon-to-be object of her attention and affections. By then, we’ve watched Bran grow into a teenager and graduate high school into aimless young adulthood while her friends go off to college. Bran works to pay rent at the nursery, where she sleeps in a sleeping bag and keeps her few precious items.

[Read: Writing for an audience of one]

Peter introduces Bran to the aesthetic life—to philosophy, criticism, literature, films, and all the other cultural gibberish. By some wacky screwball chance, Bran ends up writing screenplays for short films, and in this way Avalon functions as a künstlerroman, meaning a novel not so much about coming of age, but about coming into one’s own as an artist. However, the künstlerroman is typically driven by the messy, complicated process of turning one’s life into art and oneself into an artist. But Zink seems not only uninterested but quite bored by what an artist actually does. Bran seems to accidentally write screenplays and accidentally make movies. She keeps “accidentally” engaging in creativity mainly, it seems, so that Zink can get around the pesky business of having to describe this sort of labor. In this way, Bran’s artistic apprenticeship is more a convenient narrative device to get her in thrall to Peter than anything else—which is fine, authors are entitled to their plots, but it does make for tedious reading when an entire domain of a character’s life is mere plot contrivance. And it points to a hollowness at the center of the book.

Mostly, Avalon seems to be about Bran being in love with Peter and what he represents to her. For his part, Peter is engaged to a mysterious woman named Yasira, with whom he cannot seem to break up. The central irony here is that we, the readers, understand, in ways Bran doesn’t seem to, that Peter is a cad, the kind of young man who wields his preternaturally high SAT verbal score like a cudgel against the emotionally vulnerable younger women he encounters, while having all the depth of a puddle.

The irony depends upon keeping Bran in a state of aesthetic and emotional naivete. That is certainly one strategy for writing a novel, but it is a risky one because if done improperly, the character just ends up seeming bumbling and unaware, incapable of maturing into a robust, intelligent person. This leads not just to a flat, passive story, but also to an aesthetically muted baby voice. Bran, who begins her relationship with Peter in a position of relative inexperience, never evolves from there. Consider this description of Bran’s first outing as a screenwriter:

My first screenplay was very short, based on one of Mark’s anecdotes. The prescribed format for movie scripts took up so much space that it was hard to remember from one screen to the next which scene I was writing. My dialogue seemed terrible, so I wrote as little of it as possible. In the end it read like a treatment for a silent movie, or a short story full of superfluous, space-hogging interruptions like “EXT. BEACH—DAY.” My second screenplay was slightly longer and slightly better.

This is fine. But this description of her script work is also the extent to which we see Bran create. The way space in a novel is allotted can be a statement of value. Things that take up a lot of space matter more. So one could imagine that Zink might be making an argument about what matters to Bran. Maybe her process is attenuated because she must, with much less time available to her, maintain relationships with her more affluent friends and more privileged lover while also having to work to support herself. Such an argument might make sense if, instead of descriptions of Bran writing, we had more descriptions of Bran working at the nursery, but that’s not really the case either. Zink, by way of Bran’s first-person narration, offers a potential explanation for the elision of the material reality of labor:

I, too, however, am guilty of playing down reality as I tell this story, sticking to elements that bear directly on its wish-fulfillment endgame, as if I had not been spending forty-plus hours a week laundering the Hendersons’ money with a dusty bandanna around my sweaty head, in my work sneakers that smelled like cheese.

I found this passage annoying. And frustrating. Because if you aren’t going to show Bran working in the way she must to support and feed herself, and if you aren’t going to show her struggling to write, then what are you going to show? The novel dedicates the most space to Bran’s thoughts about Peter. Her longing for him; the slow, but inevitable physical consummation of that relationship; and then her eventual repudiation of the relationship as she realizes that Peter is actually not very good or very interesting and that she might expect more, better. Which brings us back to the momentous night in question that begins the book, when she has come to realize her life’s meaning. She finds herself in the dark and stepping out into, well, nothing.

The closest we come to interesting, electric, funny writing is in those long scenes in which Peter narrates to Bran. Consider this truly hilarious passage:

Peter had altered his views on the subject of tragedy. “The latent fascism in postmodernity makes us incapable of it,” he said by the pool, fully clothed and shading his eyes with The New York Review of Books. “Humanism is the lost prerequisite. Perhaps if we were capable of achieving humanity, I would never have fixated on tragedy as an ideal. But there’s no return to the pre-fascist condition. All our dominant narratives are dystopian, but that’s a dishonest term, a prevarication. Climate change, authoritarianism, and rape culture are not anti-utopias that would ring in utopia if they stopped. They dominate public discourse to slake our lust for humiliation, degradation, dehumanization, defilement, destruction.”

To be clear, I laughed for, like, four minutes after I read that. To me, the thing that makes it is that he shades his eyes with an issue of The New York Review of Books while talking about fascism. I mean! This passage constitutes the rare moment when Zink’s humor is dialed-in and spot-on. There is something deliciously absurd and very funny in the vision of this shambling college student lecturing at his barely legal sort-of-girlfriend by a pool while totally clothed. However, it’s a rare moment. Mostly, Avalon shows Zink needy for laughs and desperate to provoke. Humor is a system of intelligence. It is a system of discernment. Humor in a novel should deepen and complicate not just the story or the character but a reader’s perspective. Humor is often a means of implicating a reader in discomforting truths about the nature of life and existence and being human. Having a relationship to the world. But in Zink’s hands, it’s often deployed like a fart joke at the opera.

In the end, Bran, the most carefully drawn character in the book, hardly resolves into focus. She is at some points deeply oblivious, and at others mysterious and knowing. This could be great and fascinating, but instead, it just feels like inconsistency—as though Zink had a beginning and an end and no way to put them together. The events of the novel never really attain a significance, because they never seem to be happening to anyone. Bran is entirely notional, and that’s the thing: You never care if something happens to someone in the abstract, not really. 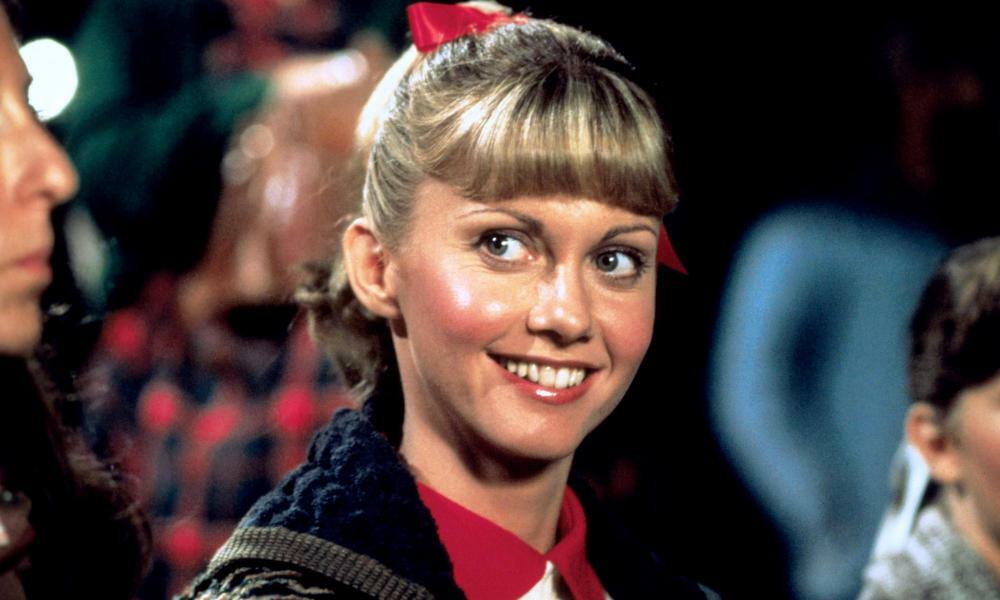 Olivia Newton-John was that rare thing: a wonderfully unselfconscious star

The Guardian - AU
Most Australians support an Indigenous voice – but they don’t know too much about it
Two-thirds of respondents back constitutional recognition, including 77% of Labor voters and 53% of Coalition voters
Related Stories 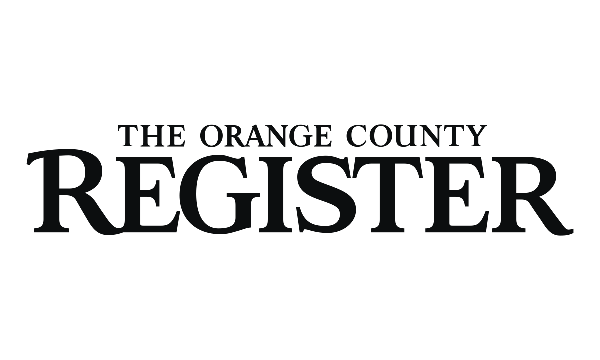 Nell Zink talks about Southern California novel ‘Avalon’ and success after years of hard, unrewarding work
As “Avalon” opens, Bran, the young woman at the heart of Nell Zink’s coming-of-age story, sprawls on a grassy Southern…

The ‘sprawling and ambitious’ debut centres on the author’s relationship with her mother, who died of cancer in 2010

The Guardian - UK
A look under the bonnet: why are we still so obsessed with the Regency era?

Whether it’s the new Persuasion adaptation or the counterfactuals of Bridgerton and, er, Pride and Prejudice and Zombies, we just…

Olivia Newton-John was that rare thing: a wonderfully unselfconscious star

The New Daily
Victoria 2026: What to expect from the next Commonwealth Games
Organisers are busy making arrangements for the 2026 Commonwealth Games, to be held across four different cities in regional Victoria.
Our picks