A plastic bottle went over 1,700 miles in a river, amazing scientists

Plastic goes on a long, winding road after we humans trash it. Considering the United States generated 35.7 million tons of plastic waste in 2018, it’s worth understanding what exactly happens to bags, snack wrappers, and plastic bottles once people are done with them. In an effort to do just that, a new study examined how plastic bottles can travel through rivers, and the result was astonishing.

Dropped into the Ganges River in India, a plastic bottle tagged with a tracking device traveled 1,767 miles (2,845 kilometers) downriver. To put that in context, that's roughly the distance between New York City and Denver, Colorado.

The big idea — Emily Duncan is a researcher at the University of Exeter and lead author of a study describing the bottles' journey. She tells Inverse her earlier work studying the migration of living animals — namely turtles — made her curious about the migration of inanimate objects, too.

“We thought if we can track a turtle, why can’t we track a piece of plastic?" she says.

The results of the study were published in this month in the journal PLOS One.

Why it matters — Over 1,500 miles long, the Ganges river is of massive practical and spiritual importance. Over 400 million people rely on the Ganges for water, which makes the fact it is filled with millions of gallons of raw, untreated sewage concerning, to say the least.

Discovering how plastic travels through the river could help scientists understand why the Ganges is so polluted, and eventually help develop clean-up strategies for it and other rivers, like the Missouri river, or the Rio Grande.

How they did it — The team filled a standard 16-ounce plastic bottle with custom electronic equipment, essentially creating a GPS device that looked and acted like a regular plastic bottle, but replete with a GPS board, a cellular antenna, an Argos satellite board, a battery board for AA lithium batteries, a custom-built enclosure to keep water out, and an O-ring seal to keep the electronics safe from the water that got in anyway.

Because of the sensitive nature of the electronics, especially the cellular antenna, there was a strong focus on hitting the right weight to keep the bottle partially above water despite its load. After they hit on the right number — 6 — the team sent the bottles on their way downstream.

Duncan and her team are not the first to use satellites to track Earth's water systems. The National Ocean Service has used satellites for years, measuring water temperature and sea-level rise from space. NASA also tracks air pollution, like smog or haze, over the oceans and riverways via its Earth Observatory program. And in terms of individual pieces of plastic, the United Kingdom's Plymouth Marine Laboratory has used European Space Agency satellites to distinguish man-made items from natural ones in the water with an 86 percent accuracy.

But in terms of following the exact route of an individual piece of plastic with complete accuracy, there's no precedent for what Duncan and her team did.

What they discovered — Plastic debris often becomes part of regular life, the study reveals. This is literally the case for the plastics in the Ganges, which became part of what Duncan describes as the “informal waste sector.” The informal waste and recycling sectors in India are both complex networks which play a crucial role in local economies, research suggests.

Bottles found in rivers like the Ganges are often collected by hand and sold off. That is exactly “what happened to our bottles in really highly urbanized areas,” Duncan tells Inverse.

But not every bottle was scooped up. The actors in the informal economy could only grab so much, and as the study notes, rivers “connect most of the terrestrial surface of Earth to the marine environment" — in other words, whatever makes it into a river can travel to the sea, despite humans' best efforts.

For Duncan's bottles, the bottle which went on the longest journey was both “amazing” and “quite worrying,” she says, demonstrating just how far a plastic bottle can travel on its own in three months.

What's next — Duncan hopes the bottles' epic journey is a “great way to engage people."

"Everyone has used plastic bottles in their lives,” and seeing how far they actually travel in rivers could encourage people to “take ownership” of their waste, she says.

Classrooms could track their own plastic bottles, using open-source versions of the technology Duncan and her team used.

Ultimately, Duncan imagines a global map of how plastic travels. Such an atlas would allow people living anywhere on the globe to understand how their packaging does not just disappear after they trash it.

“Using data from individual items really helps us make these models more accurate,” she tells Inverse. They could also help researchers understand how everything from human interference to wind affects where plastics end up.

But as fascinating as those travels are, Duncan says the research shows the need to stop plastic pollution “at the source.” In other words, us.

Luckily, science has been working on making recycling more effective.

Abstract: Rivers worldwide are now acting as major transport pathways for plastic pollution and discharge large quantities of waste into the ocean. Previous oceanographic modelling and current drifter data have been used to predict the movement and accumulation of plastic pollution in the marine environment, but our understanding of the transport and fate through riparian systems is still largely unknown. Here we undertook a proof of concept study by applying open source tracking technology (both GPS (Global Positing System) cellular networks and satellite technology), which have been successfully used in many animal movement studies, to track the movements of individual plastic litter items (500 ml PET (polyethylene terephthalate) drinks bottles) through the Ganges River system (known as the Ganga in India and the Padma and Meghna in Bangladesh, hereafter known as the Ganges) and the Bay of Bengal. Deployed tags were successfully tracked through the Ganges river system and into the Bay of Bengal marine system. The “bottle tags” were designed and built (e.g. shape, size, buoyancy) to replicate true movement patterns of a plastic bottle. The maximum distance tracked to date is 2845 km over a period of 94 days. We discuss lessons learnt from the development of these plastic litter tags, and outline how the potential widespread use of this open source technology has the ability to significantly increase understanding of the location of accumulation areas and the timing of large inputs of plastic pollution into the aquatic system. Furthermore, “bottle tags” may act as a powerful tool for stimulating social behaviour change, informing science-based policy, and as valuable educational outreach tools for public awareness. 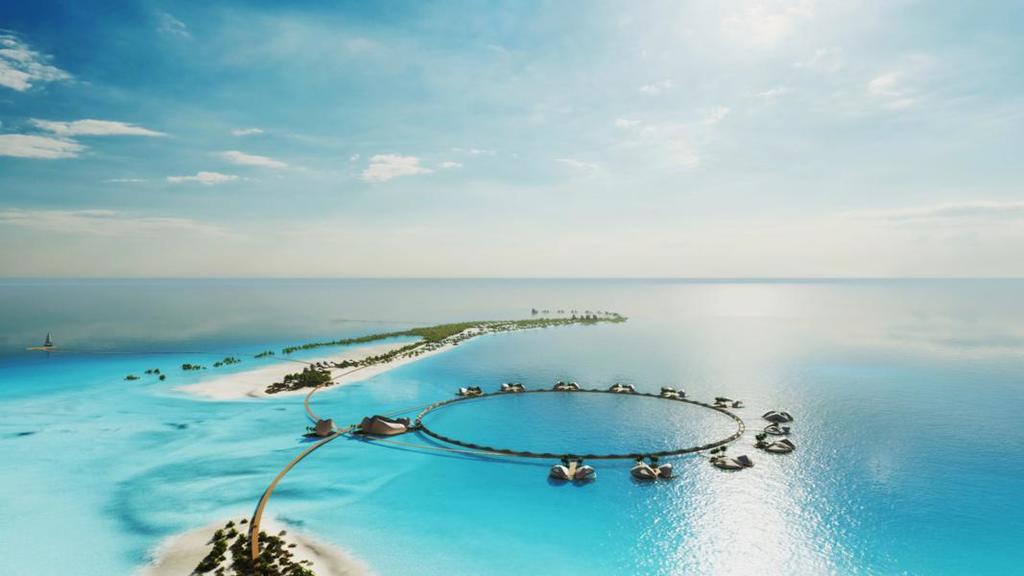 Could Saudi Arabia Really Be Your Next Christmas Holiday Destination?
Even without this year’s Covid restrictions, it would be hard to imagine travelling to Saudi Arabia for a luxury vacation,…

Remember the Google shutdown? It's something like that, but way worse.

While Amazon rakes in the big bucks, freshwater and marine ecosystems are left tangled in its plastic mess.