A pet dog ran off into the mountain wilderness. Four months later, rescuers found it trapped in 5 feet of snow 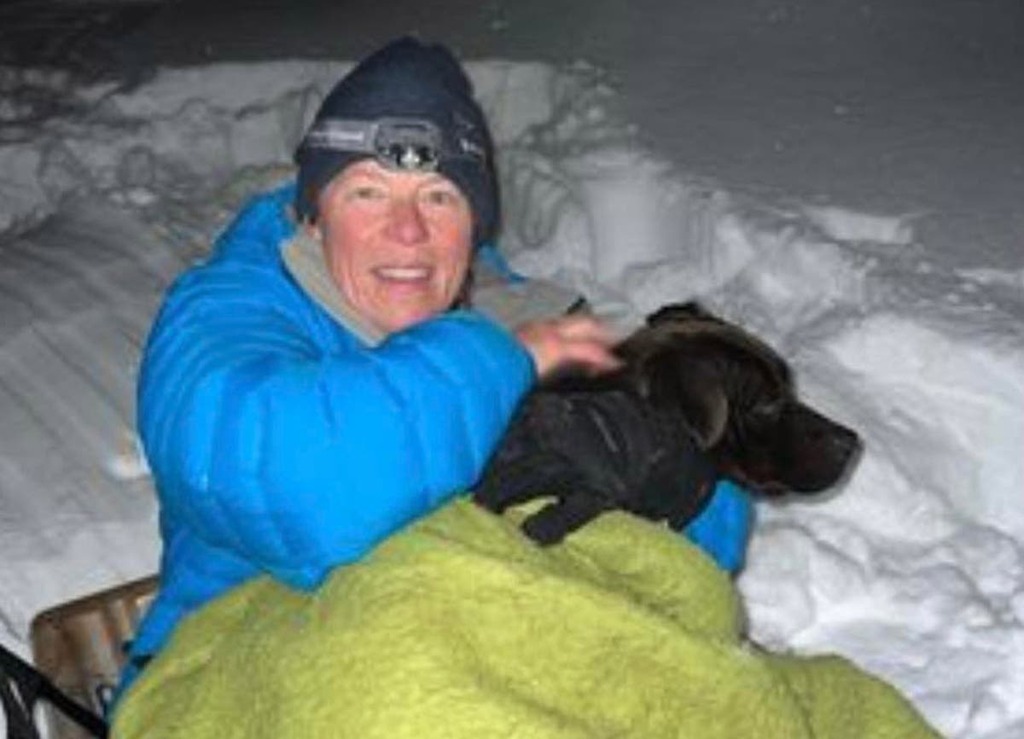 With snow five feet deep and temperatures expected to drop to minus-2, the rescuers hurried.

They put on snowshoes and gathered equipment, including a headlamp, blankets and a sled. Then, in darkness, they trekked over the steep terrain of the Sierra Nevada, tracking their quarry.

After slogging up into the mountains and following tracks through the snow, Leona Allen spotted a dark shape under a tree.

But it was what she looking for: a pit bull mix she would later learn was named Russ. A skier had spotted him that morning and, after Russ growled at him, took photos and posted about it on Facebook, telling people he’d come across a dog trapped in the snow and unable to move, the San Francisco Chronicle reported. That sparked Ms Allen’s rescue effort on behalf of Tahoe PAWS and TLC 4 Furry Friends, an animal search-and-rescue nonprofit based in South Lake Tahoe, California.

As Ms Allen stood there, she couldn’t tell if the pet dog was dead or alive.

"And then he opened his eyes, and I’m pretty sure I screamed," she told KOVR.

So ended Russ’s four-month odyssey in the wilderness of the Lake Tahoe area, one in which he braved wildfires, snowstorms and perhaps even a standoff with a coyote, Tahoe PAWS executive director Wendy Jones told The Washington Post.

It started in August when Russ got spooked and ran away from his owner, a travelling nurse from Southern California who had been working temporarily at a nearby hospital, Ms Jones said. After Russ bolted, his owner filed a report with animal services authorities and hung fliers. None of it brought his dog back.

Then the Caldor Fire, which would burn 222,000 acres and destroy more than 1,000 structures over 67 days starting in mid-August, prompted mandatory evacuations and forced Russ’s owner to flee the Tahoe area. Nursing jobs elsewhere kept him away, Ms Jones said. He figured he’d never see his dog again.

“It was assumed that Russ had been lost for good,” according to a post on the Tahoe PAWS Facebook page.

Then came December 16 and the rescue mission coordinated by Jones, who guided Ms Allen and fellow rescuer Elsa Gaule in the search for Russ.

“We knew time was [of] the essence, because the dog had been out in the snow all day. And we knew how cold it was. So it was pretty intense, pretty emotional, a lot of adrenaline,” Ms Jones told The Post.

After they found Russ, Ms Gaule established a rapport with the dog “immediately”, without which the rescue would not have been possible, Ms Allen told the Chronicle. Ms Gaule suggested Ms Allen get on the sled and put Russ in her lap. Once she did, they covered him in a blanket and started a roughly two-hour return trip.

“The trek down the mountain was slow and methodical,” the Tahoe PAWS Facebook page says.

Once Ms Allen and Ms Gaule returned, they gave Russ to animal service officials, who took him to a veterinarian to make sure he was healthy. Over the next several days, officials found a microchip in Russ, allowing them to find his owner in Riverside County, Calif.

“He was ecstatic,” Ms Jones said.

Ms Jones said she wasn’t surprised Russ survived four months in the unforgiving wilderness of the Sierra Nevadas. Dogs are strong and go into survival mode, finding shelter, food and water, when they have to.

“They’re smarter than we give them credit for,” she said.

She gave fresh evidence: on Saturday, she rescued a dog that was an eight-month-old puppy when it went missing more than two months ago on Halloween.

Ms Allen said she was grateful she was able to help save Russ.

“As a rescue organisation ... this is what we’re supposed to do,” she told the Chronicle. “I’ve worked some pretty gnarly rescues, this probably being the top. I keep reliving the moment when he opened his eyes and lifted his head, and just the joy and elation inside of me was overwhelming. It’s one more life that gets to live happy and warm and safe.”