A Nobel for crystallizing the climate change crisis 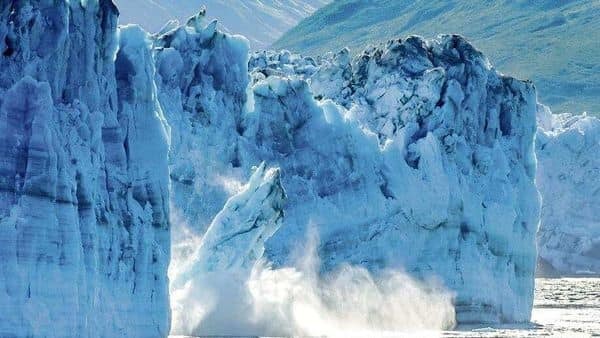 The award of this year’s Nobel Prize for Physics to scientists who played key roles in alerting us to climate change and helping us wrap our heads around its grim reality can only be faulted for coming so late. After all, it was the age of science and the industrial progress it kicked off that gave us what is finally being recognized as a crisis of life and death for future generations. If science must ride to the rescue and redeem itself as an ally of nature, then the scientific work done to achieve that should get the global attention conferred by the world’s top academic honour. The Nobel was awarded jointly, with half of it to be shared by Syukuro Manabe and Klaus Hasselmann “for the physical modelling of Earth’s climate, quantifying variability and reliably predicting global warming" and the other half given to Giorgio Parisi “for the discovery of the interplay of disorder and fluctuations in physical systems from atomic to planetary scales." That the discipline of Physics is in focus as we strive to get a handle on the planet’s oven-knob is not a surprise. Climate qualifies as a complex system, one that has so many elemental variables which interact to influence overall outcomes, that working out what carbon fumes and other emissions could do to life as we know it has been a painstakingly long haul. It took efforts both empirical and abstract across academia, but with much of its basis in theory drawn from physics.

It was in the 1960s that Manabe, a Japanese-born American now at Princeton, first explored the interaction between radiation balance and the vertical transport of air masses, laying the foundation for future climate models. His very own work showed how rising levels of carbon dioxide in the air would warm up the world. That alarm did not go unnoticed. In the 1970s, Hasselmann, a German oceanographer, armed climate science with answers to questions on the reliability of climate models even under chaotic weather conditions. His work identified some of the specific imprints of natural and man-made activity on the climate, which further served to crystallize the crisis for us and convince sceptics. It was not until the 1980s that calls for climate action got back-up based on a fundamental model that could be applied to the chaotic complexity of a physical system of any size whatsoever. This was the contribution of Parisi, an Italian who has had the mantle of a great climate scientist thrust upon him, as his endeavour was not particular to the crisis, but in the realm of general models meant to describe what’s going on and predict what lies ahead.

The last time climate was explicitly held aloft by the Nobel jury was in 2007, when America’s then vice-president Al Gore and the Intergovernmental Panel on Climate Change were jointly awarded the Peace Prize “for their efforts to build up and disseminate greater knowledge about man-made climate change, and to lay the foundations for the measures that are needed to counteract such change". In 1995, Paul J. Crutzen had won the Chemistry award for his discovery of how pollutants can ruin the stratospheric ozone layer. But if the science behind one of the most pressing anxieties of our times needed the affirmation of a Nobel win, this is it. Manabe and Hasselmann “reliably" predicted global warming, as their citation note went. With climate denialism no longer tenable, it’s clearly action-time now. The United Nations’ upcoming climate talks in Glasgow, CoP-26, is expected to discuss a net-zero target for carbon emissions by 2050. Hobson’s choice, this.