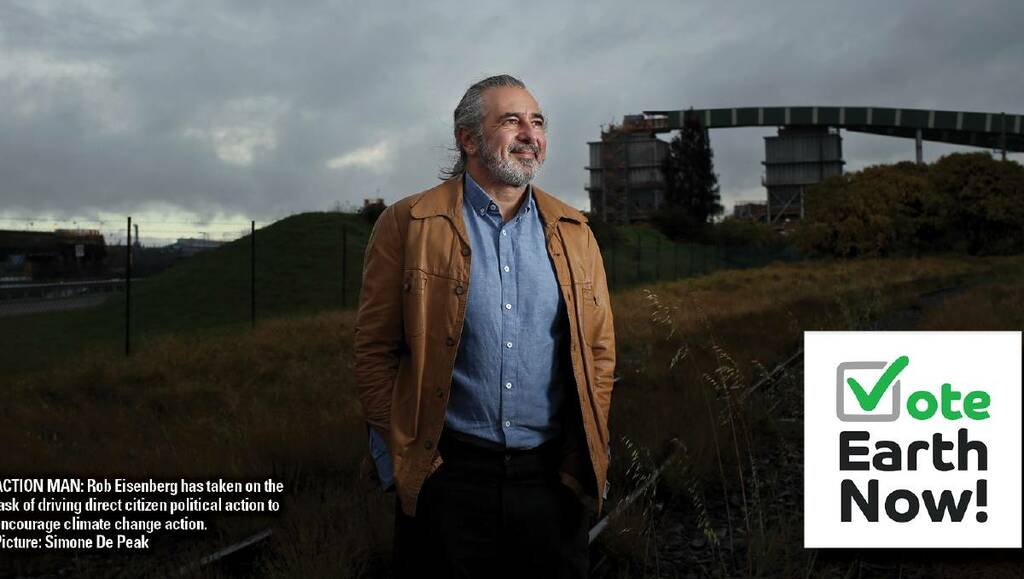 I voted differently every time the last three or four elections. I don't care who's the prime minister or which party is in charge. I just want them to take action on climate change," says Newcastle doctor Rob Eisenberg.

Eisenberg is the founder of the Vote Earth Now website (voteearthnow.com) which not only asks for people to pledge to vote in defense of earth, but also holds politicians accountable to do the same. It's a platform for Australian voters to use their voice and monitor which politicians are acting on climate change. Future votes can get action now.

"My daughter is at uni and saying we should be communist or socialist. I thought, 'well, communism didn't work out so well, but I can see your point'," Eisenberg says. "But I thought to myself, 'look democracy is still the best thing we've found. It's got a lot of problems, but there's nothing better'. We can work with democracy provided we have accountability."

That's where Vote Earth Now came to him. He started working on the website 18 months ago. He raised $20,000 through crowdfunding, and has been funding the rest himself. He's got a solid team of supporters, many of them fellow Novocastrians, involved as well including marketing gurus, web developers and scientists.

His buddy Michael Breakspear is also involved; he's a scientist and a doctor from the University of Newcastle.

"We have a lot of smart friends. The brains trust has all sorts of people," he says.

The brains trust are the ones who helped with the direction and also calculate the climate action score - so that everyone who signs up can know which politicians have the greenest actions.

When someone signs up to Vote Earth Now, they're making a promise to the politicians that if they act on climate change, they will get their vote and if they don't, they will lose their vote. Vote Earth Now sends an email to the pledger's MP as well, informing them of their promise to vote for the politician with the best track record of action against climate change (based on the Climate Action Score).

"They are promising to be swing voters, which is the most powerful thing there is," Eisenberg says. "Although all the other issues are really important, this is possibly our one chance to choose politicians that are going to fight climate change on our behalf."

He briefed the web developers that people needed to be able to pledge, recognise the importance of their vote, and promise themselves, their family and politicians in 30 seconds and fewer than 10 clicks.

He plans to keep spending money on Vote Earth Now as long as it's successful. They plan to put a donation link, too.

"A really important thing is that people realise their vote is more important than their money. It doesn't matter how rich you are, you only get one vote and your vote can't be bought," he says.