A new meteor shower? Why this unique cosmic phenomenon was possible 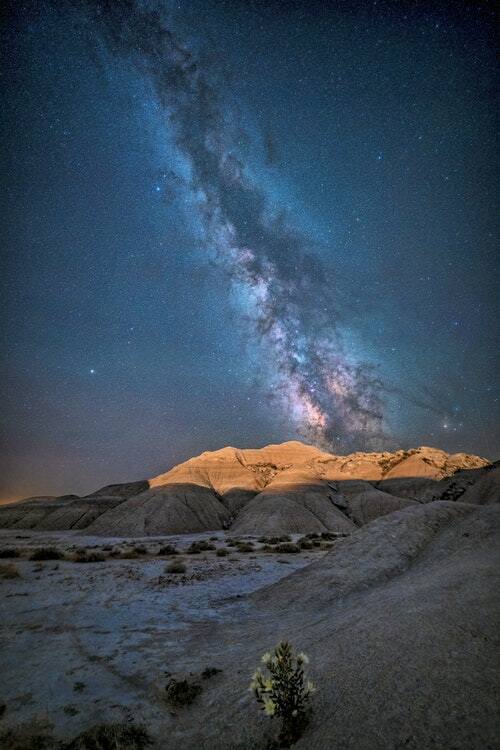 Fall 2021 was already packed with sky-watching opportunities when a sudden shining display threw itself into the mix.

A new meteor shower rained across Earth’s night sky this October. It was officially added to the International Astronomical Union’s Working List of Meteor Showers on October 1 and hit its peak on October 7.

The Arid meteors made their debut well known, falling from Comet 15P/Finlay and interacting with Earth’s atmosphere to produce faint but notable shooting stars. Previous to now, Comet15P/Finlay was considered an “unusual comet” which, contrary to expectations, “demonstrates no apparent linkage to any known meteor shower,” per a 1999 study published in the Monthly Notices of the Royal Astronomical Society.

What’s new — The meteor shower radiated from the Ara Constellation, which means altar in Latin. The constellation is located in the southern sky, wedged between Scorpius, Telescopium, Triangulum Australe, and Norma. This is why SETI Institute meteor astronomer Peter Jenniskens named the shower “Arids.”

The Arids were visible from the southernmost regions of Earth's Southern Hemisphere. Signs of the new shower began in late September.

Comet15P/Finlay was discovered in 1886, and it orbits the Sun once every six years or so. In a tweet thread published on September 30, the SETI Institute explained:

“The Arid shower has never before been seen, but the event was predicted by astronomers tracing the evolution of meteoroids ejected by Comet15P/Finlay during its return to the inner solar system in 1995. The stream of particles ejected that year evolved to move in and out of Earth’s orbit until Earth was predicted to travel through that stream 26 years later.”

During the comet’s last swing by the Sun on July 13, 2021, Earth passed through the debris. Its debris trail intersected with our planet’s orbit, and this is why fireballs became visible in the planet’s night sky on September 28 and 29. Further activity was observed in early October because Earth encountered debris ejected by the comet in 2014 and 2015.

SETI cameras also captured a brief streak in the sky:

The shower started appearing in the skies at the end of September and peaked on October 7.

Its debut may not have put on a spectacular light show, but it was detected by the Cameras for Allsky Meteor Surveillance (CAMS) networks in New Zealand and Chile on Sept. 28 and Sept. 29, as well as the Southern Argentina Agile Meteor Radar Orbital System (SAAMER-OS) in Tierra del Fuego, Argentina on Sept. 29.

What are meteor showers?

Meteor showers are created from the bits of debris that fall off from comets and asteroids.

As these bodies of frozen gas, dust, and other material travel toward the Sun, the powerful gravitational pull and radiation from the star can weaken them, breaking them apart as they draw near.

The ensuing dust and debris that trails from comets forms into a field in their orbit, and Earth passes through these trails during its orbit around the Sun.

These interstellar travelers are made up of material that likely dates back to the formation of the Solar System, making them important fonts of information about how our cosmic neighborhood came to be. Crucially, some of that dust interacts with Earth's atmosphere and disintegrates, forming the fiery streaks that we observe in the sky as meteor showers.

Once a meteor shower makes its debut on Earth, it’s not quite clear whether it will return again next year.

Most meteor showers are annual, happening around the same time each year when Earth passes that fateful spot where the comet debris is traveling through space.

But a newbie shower doesn’t necessarily become a regular right away, and sometimes stays on and off for a few years until scientists are able to better predict its annual surfacing.

If you missed the elusive Arid shower, you’re in luck. There are other spectacular sites to see this fall:

Bonus prize: Mercury at elongation — Mercury’s moment of greatest western elongation is one of the best times to gaze at the mysterious planet. The best time to view this is right before sunrise at 6 a.m. Eastern on October 25. It can be viewed in the early morning skies until early November 2021.