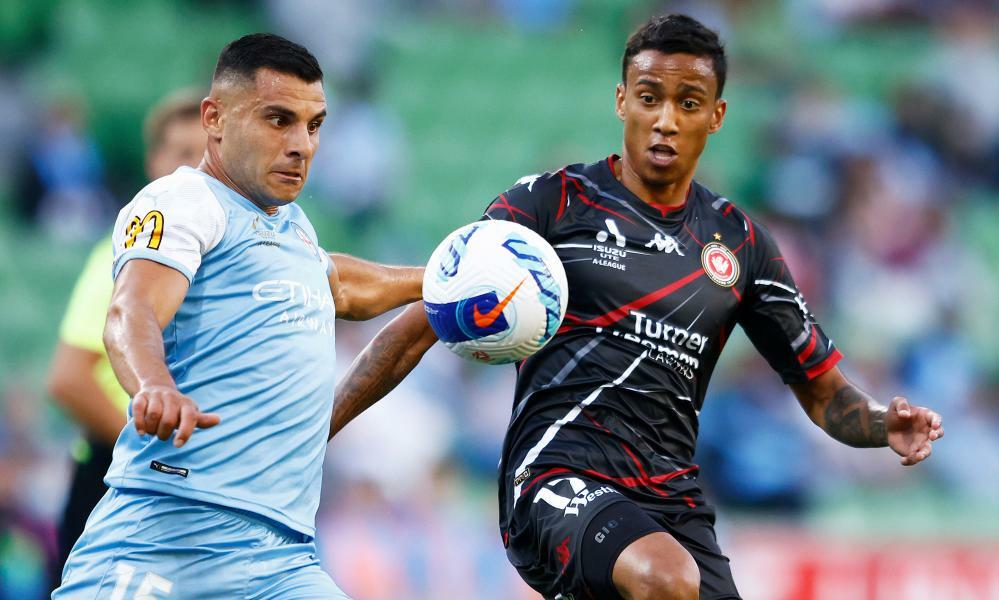 Reflective of a broader Australian conversation, talk around the A-Leagues’ response to Omicron and its flood of postponements has predominantly been framed as a logistical and financial challenge. But for coaching, medical and sports science staff, it is also a very real and uncertain health challenge.

Prior to the emergence of the latest variant, the A-Leagues – like most Australian sports – had been able to avoid Covid-19 seeping into their ranks. Due to a combination of societal restrictions, biosecurity measures and sheer fortune, the virus existed as some sort of malignant, external force – shutting down leagues and forcing games behind closed doors but, for the most part, staying out of dressing rooms.

But now, the call is coming from inside the house.

Australian football is proving no more immune to the highly communicable variant than any other segment of society, leaving coaches and players across the leagues to come to the conclusion that it is simply a matter of time until the virus rips through their dressing rooms. The past week’s fixtures were again decimated by postponements resulting from at least five players returning positive tests.

Fortunately, the greater physical base elite athletes possess and superior levels of monitoring and care they can access puts professional footballers – who are all vaccinated apart from a small handful of players – in a strong position. The likelihood of an A-Leagues player developing serious complications from the virus are slim – even if acute presentations can still be worrying.

Footballers, as a rule, are in much better condition than the general population but their working conditions are also far more taxing; a sharp contrast exists between getting out of quarantine and being able to perform in an elite sporting competition after suffering from a respiratory infection. In the weeks and months ahead, players who return to action following infection will not only have to deal with a series of short turnarounds to make up for fixtures postponed by outbreaks, but also the dog days of summer.

“For [players to return to training], we have to get the players in to do some moderate-intensity exercise and we’ll look at some heart rate data on that,” Tim Knight, the head of performance at Central Coast Mariners, who had 14 players contract Covid, said.

“The doctors want to see the heart rate data and how they respond to that. We have baseline data from pre-Covid so the doctors are able to compare post-Covid to pre-Covid and see if there are any abnormalities in response. Then there’s usually an interview asking about symptoms hanging around and once he’s happy that they’re able to return he’ll give them the all-clear [for a staggered return to full training].

“Sometimes players can hide things from coaches if they think it’s going to impact selection but with our games being postponed we’ve really got the information across that this is about returning to health. We understand this period might be challenging so they need to be really honest with us.”

The leagues’ anticipated fixture postponement pile-up will begin abating next week, but the long-term ramifications of the current wave of infections around the league – including the dreaded spectre of long Covid – remains unclear.

“The hard thing is, it’s a medical condition. I didn’t really finish school, I don’t really know,” said City coach Patrick Kisnorbo. “That’s why it’s so hard to know exactly what will happen physically with the player. You’ve just got to judge it as you see it. If they’re OK, they’re OK but I know personally we have to adapt and treat it on its merit.”

This was accompanied by a more than 5% decrease in player’s performance in metrics such as passes completed and, in contrast to the effects of influenza, these phenomena “remain persistent for far more than six months”. The study also found that widespread outbreaks amongst teams led to a “negative effect that is likely larger than the sum of individual effects”.

“We have historical data on player’s responses to different exercises that we do,” said Knight. “We’re able to compare that data pre- and post-Covid. With the effects of long Covid, there hasn’t been too much research on it for sportspeople.

“For us, it’s a case of looking at everything and keeping a keen eye out. You get to know your athletes and how they respond to training or what they’re capable of. It’s about being vigilant and making sure that we don’t miss any warning signs that could potentially pop up.”