A knee or hip ‘replacement’ without surgery? It’s on the horizon 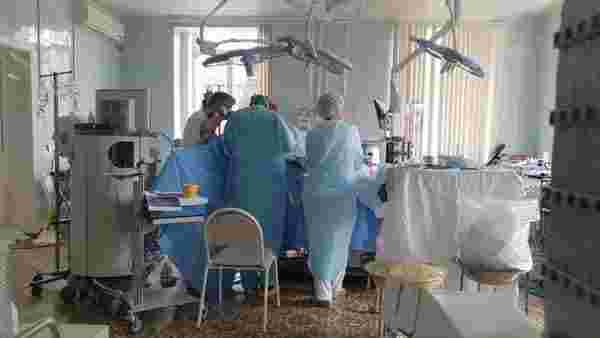 A sports injury or trauma to cartilage around the knee, hip or shoulder joint can lead to osteoarthritis later in life—or, worse yet, the need for a new joint. So can the wear and tear that comes with age. One day, new drugs and stem-cell therapies may stop the degeneration before it starts.

Researchers are developing new techniques to protect, repair and regrow articular cartilage, the layer of connective tissue that covers the ends of bones and enables joints to move smoothly, to stop the progression of osteoarthritis and curb the need for joint replacement surgery.

Cartilage has no blood supply or nerves and limited ability to mend itself. The loss of its shock-absorbing layer and the resulting grinding of bone on bone is at the root of many cases of joint pain and arthritis. Osteoarthritis, the most common form, affects more than 32.5 million people in the U.S. More than 754,000 knee replacements and 448,000 hip replacements took place in 2017, according to the most recent federal data, and the number is expected to rise over the next decade.

Surgery is less risky than it used to be but still comes with the potential for complications. Artificial components used to replace joints may loosen or wear out after 15 to 20 years, making them a bad option for younger patients.

“We shouldn’t be waiting for osteoarthritis to develop, but stopping the whole degeneration process so patients never have to have a joint replaced," says Michael Longaker, a professor of surgery at Stanford University School of Medicine and co-director of its Institute for Stem Cell Biology and Regenerative Medicine.

Researchers are working on multiple fronts to both prevent cartilage injuries in young athletes from turning into osteoarthritis a decade or two later and to regrow cartilage in older patients once it is gone. They are programming stem cells to become cartilage cells, developing drugs to change the course of osteoarthritis, experimenting with methods to more effectively deliver new cells and compounds, and designing materials to help new cells integrate with existing tissue.

The challenges are considerable. Surgeons keep refining procedures to harvest patients’ own cells to repair damaged cartilage. But no approach has successfully regenerated the quality of cartilage the body starts out with. Many clinics offer untested, unregulated stem-cell treatments for joint issues, which the Food and Drug Administration warns patients to avoid. Meanwhile, no disease-modifying drug for osteoarthritis has cleared the FDA. The agency’s guidelines say that such a drug must show it not only avoids or significantly delays the complications of joint failure and the need for joint replacement, but also that it reduces the deterioration of joint function and worsening of pain.

“If we can find some compound that we can inject into the knee or hip to reduce cartilage degradation and restore normal cartilage, or both, while at the same time reducing pain, that’s the holy grail," says Marc C. Hochberg, a professor at the University of Maryland School of Medicine and head of its division of rheumatology and clinical immunology.

Dr. Hochberg led a study of sprifermin, a new experimental growth factor that works by stimulating the cartilage cells called chondrocytes. His team gave 549 patients with knee osteoarthritis one of four different dosing regimens or a placebo. Those who received the highest dose either once or twice yearly gained articular cartilage thickness over a two-year period, compared with a placebo group that had slight cartilage loss, according to a study published in the Journal of the American Medical Association in 2019. Patients who received the highest dose had no total knee replacements in the injected knee over five years, according to a report published earlier this year, compared with 15 patients in other groups who did have replacements.

Yet sprifermin didn’t significantly reduce pain. German drugmaker Merck KGaA is seeking a partner to advance the development of sprifermin.

Another injectable drug, lorecivivint, works by inhibiting proteins that contribute to inflammation, cartilage degeneration and the progression of osteoarthritis, while also prompting the development of cartilage-forming cells. Patients with moderate to severe knee osteoarthritis who received a single injection of the drug reported improved pain, function and reduced impact of their symptoms over 24 weeks, according to a study published in July in Rheumatology and Therapy. Two large new trials, which are further evaluating the impact of the drug on pain, inflammation, function and cartilage protective effects, are expected to be completed at the end of the year, says Dr. Yusuf Yazici, a rheumatologist at NYU Langone Health and the chief medical officer at Biosplice Therapeutics, which is conducting the trials.

Still, some drugs that held promise in animal studies didn’t perform well in human clinical trials because the body cleared the drug from the joint before it could reach the deep layer of cartilage that contains the target cells, says Paula Hammond, head of the department of chemical engineering at the Massachusetts Institute of Technology.

To protect injured cartilage from degrading further, MIT researchers are focusing on ways to get drugs into the cartilage tissue and keep them there. They are using microscopic particles called nanocarriers to deliver IGF-1, an insulinlike growth factor, to the tight mesh that holds cartilage in joints. The researchers designed the carriers to be just “sticky" enough to drive deep into the cartilage without getting stuck on outer surfaces. That could allow the IGF-1 compound to be delivered in one or a few injections “until there is full regeneration," says Dr. Hammond.

The system could be used to deliver different types of treatments, says Alan Grodzinsky, a professor of biological, mechanical and electrical engineering at MIT involved in the research. There probably won’t be a magic bullet for all patients, he says, and combination therapies may be necessary.

Rather than slow cartilage loss or treat symptoms, some researchers are turning to so-called regenerative medicine, guiding stem cells to effectively regrow cartilage.

Surgeons currently use a technique called microfracture to treat damaged cartilage by drilling tiny holes in the surface of a joint, prompting the body to create new tissue. But the tissue is a type called fibrocartilage, which is more like scar tissue than natural cartilage.

“It’s still better than bone rubbing against bone, but it doesn’t give rise to true cartilage, and over time it degrades," says Charles K.F. Chan, an assistant professor of surgery at Stanford.

Dr. Chan discovered in 2018 that skeletal stem cells at the ends of bones can give rise to cartilage, bone marrow or bone. Before turning into bone, the cells go through a cartilage stage. In experiments with the microfracture technique in mice, Dr. Chan and his team found a way to steer the development of cells toward cartilage and away from fibrocartilage. They used a powerful molecule called bone morphogenetic protein 2 to encourage skeletal stem cells to start bone formation. Then they stopped the process at the cartilage stage with a molecule called VEGF that blocks another molecule important for bone formation.

The result, says Dr. Chan, is a cartilage made of the same cells as natural cartilage, with comparable strength and function—which also restored mobility to mice with osteoarthritis and significantly reduced their pain. To prove it might work in humans, the researchers demonstrated the same process on human skeletal stem cells transferred into mice. Doctors could use the technique to boost cartilage before patients have a problem, Stanford’s Dr. Longaker says. The team is now trying the approach in larger animals.

Researchers at the University of Southern California are testing a different approach.

They embedded cartilage-forming cells—derived from the pluripotent stem cells that can become any kind of cell in the body—in a collagen membrane. Using surgical glue, they implanted it like a patch on a cartilage injury in a miniature pig. The cells integrated into the host tissue and stayed there for six months, repairing damage and becoming indistinguishable from the host cartilage with a cocktail of growth factors.

Denis Evseenko, associate professor of orthopedic surgery at USC’s Keck School of Medicine, whose lab led the research, says the aim is to prevent a cartilage injury in a relatively healthy joint from developing into osteoarthritis and eventually requiring a joint replacement. Dr. Evseenko says his team is manufacturing 64 implants, called Plurocart, for the first human trials, set to start in 2024.

Until new stem cell therapies and disease-modifying drugs are shown to be safe and effective in humans, surgeons continue to refine the current techniques to repair cartilage.

Scott Rodeo, an orthopedic surgeon and co-director of a soft tissue research program at New York’s Hospital for Special Surgery, is testing whether injecting cells derived from human umbilical veins into the muscle and tendon of an injured rotator cuff will stimulate stem cell activity and promote better repair after surgery. The aim is to conduct a similar trial with the stem cells for cartilage repair.

“If we can modulate that basic immune and inflammatory response, it may have a profound effect on tissue repair and tissue healing," Dr. Rodeo says.