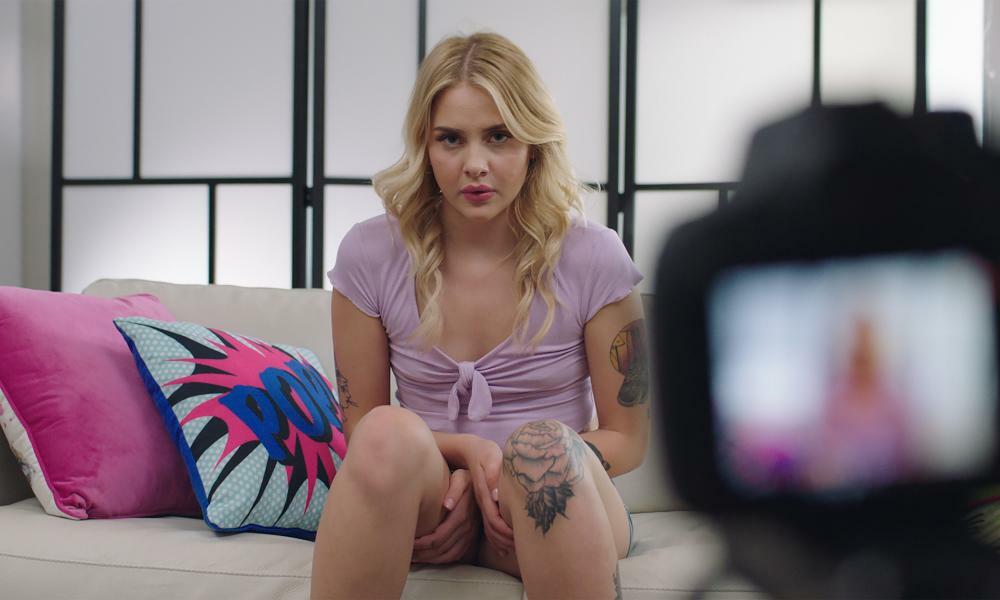 Irish Mirror
One subscription that gives you access to news from hundreds of sites
Short story: Sex Thoughts between 1am and 2am 26/08/21

Newsroom.co.nz
Knocked Up and the American Impulse to Edit Out Abortion

The Atlantic
Get all your news in one place
Latest Lifestyle news:

Writing for our (digital) lives: war, social media and the urgent need to update how we teach English
The war in Ukraine is being described as the first social media war, even as “the TikTok war”. Memes, tweets,…

The Conversation
Read news from The Economist, FT, Bloomberg and more, with one subscription
Learn More
Street dance has officially been reborn

Salon
From analysis to good news, read the world’s best news in one place
What Is Life Like When We Subtract Work From It?

In director/cowriter Ninja Thyberg's auspicious film debut, "Pleasure," Bella Cherry (Sofia Kappel) arrives in LA from Sweden full of aspiration and determination. Underneath her self-confidence, however, belies an air of fragility and insecurity. This is a story of a 19-year-old girl who is eager to enter the adult film industry. What drives Bella to do what she does in front of (and behind) the camera — fame, money, the joy of sex — is deliberately left ambiguous in a film full of explicit sex scenes.

Thyberg's feature is expanded from her 2013 short of the same name. The story follows the rather conventional arc of a young actress looking to make it in Hollywood. It presents the industry in a matter-of-fact way and addresses issues of consent and control. It is compelling (and depressing) even if it does not reveal anything particularly new.

Watching the crew on her first shoot care for Bella — who is so green she doesn't know about douching — is oddly touching. Bella is asked about "nos, dos, and don'ts" when she is doing her initial paperwork and she listens to the useful tips and coaching she receives. When the filmmaker is reassuring as Bella experiences a bout of stage fright, his compassion allows Bella to perform well. Taking sticky selfies after her first scene, Bella lets her guard down and is funny, even playful. A star is born — but will she survive and thrive, or crash and burn?

Significantly, "Pleasure" only touches on the real dark side of the industry. Women (and men) in porn battle drug abuse and addiction, poor/unsafe working conditions, employment discrimination, low/unequal wages, physical and psychological abuse, pregnancy, STDs, and other health issues, and more — but little of that is covered here. (The film drops a few hints to these issues.) However well researched and respectful Thyberg's film is, the lack of the seedy underbelly inadvertently glamorizes this business. Tellingly, a scene where one of Bella's roommates, Joy (a feisty Revika Reustle) is harassed and abused by her male scene partner, Ceasar (Lance Hart), who has a beef with her, does not go as far as it might even as it makes its valid point about how women are belittled and debased — and that they do the more difficult work. It underlines an earlier scene of Bella's roommates talking about wanting more power in an industry that generally exploits them.

Thyberg is not being exploitative here; she is telling a story that happens to be set in the adult film industry. But it ultimately feels more conventional and less critical than it could, or should, be. "Pleasure" is a gutsy, well-made, and purposeful film. It provides a cautionary tale that only warns, "Be careful what you wish for."

"Pleasure," which is unrated, releases Friday, May 13. Watch a trailer for it below via YouTube.

More stories to check out:

Bella CherryNinja ThybergSofia Kappel
Sign up to read this article

Irish Mirror
One subscription that gives you access to news from hundreds of sites
Short story: Sex Thoughts between 1am and 2am 26/08/21

Newsroom.co.nz
Knocked Up and the American Impulse to Edit Out Abortion