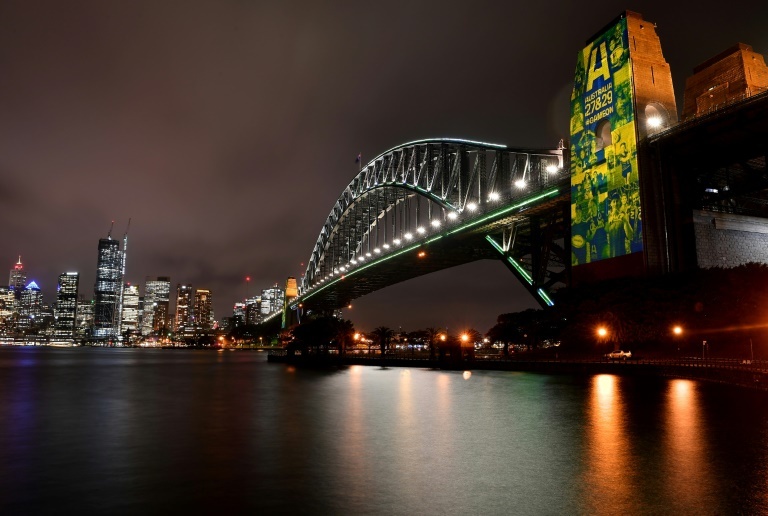 Wales Online
One subscription that gives you access to news from hundreds of sites
Starting pistol fires on rugby’s defining decade but can it make it pay?

The Guardian - UK
The U.S. is named a Rugby World Cup host

WEKU
Get all your news in one place
Latest Sport news:

RideApart
Cindric: Positives and negatives to loss of fourth Penske at Indy

The former No. 1 pick has been retired from the NFL since 2017 after 13 seasons in the league.

Blink and you might miss it – the latest international sporting event heading to these shores. Such is the rate at which major tournaments are being announced, it is hard to stay up to date. This week not one but two major tournaments were confirmed, with rugby union’s governing body officially rubber stamping Australia as host of the 2027 men’s World Cup and 2029 women’s World Cup. These are just the latest additions to what is shaping up as a golden decade on the Australian sporting calendar.

In August, Australian and American swimmers will face off in the “duel in the pool” in Sydney – the return of an event that saw its heyday in the 2000s. In September, Australia will host the UCI Road World Championships, with the world’s best cyclists racing on the scenic roads around Wollongong. At the same time, Sydney is set to host the basketball women’s World Cup. Soon after the men’s cricket T20 World Cup will begin, after a two-year pandemic-induced postponement.

These three major events are just the beginning. The Fifa Women’s World Cup in mid-2023, co-hosted with New Zealand, will be the biggest international sporting event of the year. It will build on a hugely successful last edition in France in 2019 and cement the Matildas’ status as one of the country’s favourite national teams.

Then comes the Commonwealth Games in 2026, spread across regional Victoria, the Netball World Cup in 2027 in Sydney, the two Rugby World Cups, and a host of other major events (including world championships for BMX and canoe slalom, and the British and Irish Lions Tour). No doubt more will be added. It all builds towards the main event: the 2032 Olympics and Paralympics, in Queensland, the third time in history that Australia has hosted the crown jewel on the global sporting calendar.

In attracting these major tournaments, Australia has many natural advantages: a relatively wealthy, sports-loving population, high-quality infrastructure, commercial interest and plenty of government support. But it remains remarkable that so many high-profile events have been persuaded down under in such a short space of time, particularly given the disadvantages posted by our time zone (disliked by American broadcasters) and the parochial local sporting codes (who are not keen on sharing stadia).

The decade ahead, then, will be unprecedented for Australia, a parade of the biggest sporting events on the planet. Let’s not waste it. Because despite appearances, not all is well in Australian sport.

At a participation level, sport is expensive – and rapidly becoming out of reach for some families, particularly as the cost of living rises. Recent data from AusPlay, an arm of government agency Sport Australia, found that the average cost of participation sport in almost $1,000 per year. 20% of children surveyed who didn’t participate in sport identified the cost as the primary barrier. Earlier Sport Australia research found a major gulf in child sporting participation between low-income and high-income families.

While the pandemic has interrupted many sporting seasons, making year-on-year comparison of participation data unreliable, a survey by the Australian Sports Foundation (ASF) found that 43% of polled sports club had seen a decrease in participation numbers, and a similar decline in volunteering. On average, Australians are less active, and more overweight, than we once were.

Each year the federal government spends about a quarter of a billion dollars on elite sport. Depending on who you ask, this is either too much or not enough. While that perennial debate will never be settled – and Australia’s equal best-ever showing at the Olympics last year suggests the funding is being well-spent – structural change is needed. The funding model is transitioning from year-on-year to more sustainable, longer-term funding, but that remains a work in progress. At the grass roots level, money is a major problem, made worse by the Covid-19 interruptions. The ASF’s research found that that 9,000 sporting clubs across Australia were at risk of insolvency.

The future of the Australian Institute of Sport (AIS), established in the early 1980s and the source of many medals over the decades, is unclear; with its facilities ageing, it requires a major funding boost, a relocation (a move to Queensland to coincide with 2032 has been mooted) or a new approach entirely. The crumbling infrastructure at the AIS’s leafy campus in Canberra is a poignant, if not entirely accurate, metaphor for the flagship program’s uncertain outlook.

Australian sport also has much work to do on ensuring safe, supportive environments and diversity among participants, athletes and leadership. Allegations of mistreatment in sport, contemporary and historic, and at all levels, are sadly all too commonplace. It is hard to think of an Australian sport that has not been rocked by allegations of sexual harassment, sexism, racism or abuse in recent years. At a senior level, sporting codes remain dominated by men. Despite considerable improvement, money and media coverage in this country is still disproportionately directed at male sport.

The golden decade of sport will present Australia with abundant opportunity, with heightened interest and the likelihood of a significant funding injection. If we seize the opportunity, Australian grass roots and high-performance sport can enter the 2030s in a better place. Equally, just as it is possible to blink and miss new hosting announcements right now, so too will the following decade pass quickly, and opportunities be missed, if sporting administrators fail to rise to the challenge.

Done well, the sport ecosystem is tightly-integrated and self-sustained. Participation sport is a pipeline for elite sport; medal glory and school visits from Olympians inspire the next generation; money invested in sport ensures active lifestyles and minimises the need for health spending. The golden decade ahead can turbo-charge that ecosystem. But nothing in sport is inevitable.

Wales Online
One subscription that gives you access to news from hundreds of sites
Starting pistol fires on rugby’s defining decade but can it make it pay?

The Guardian - UK
The U.S. is named a Rugby World Cup host