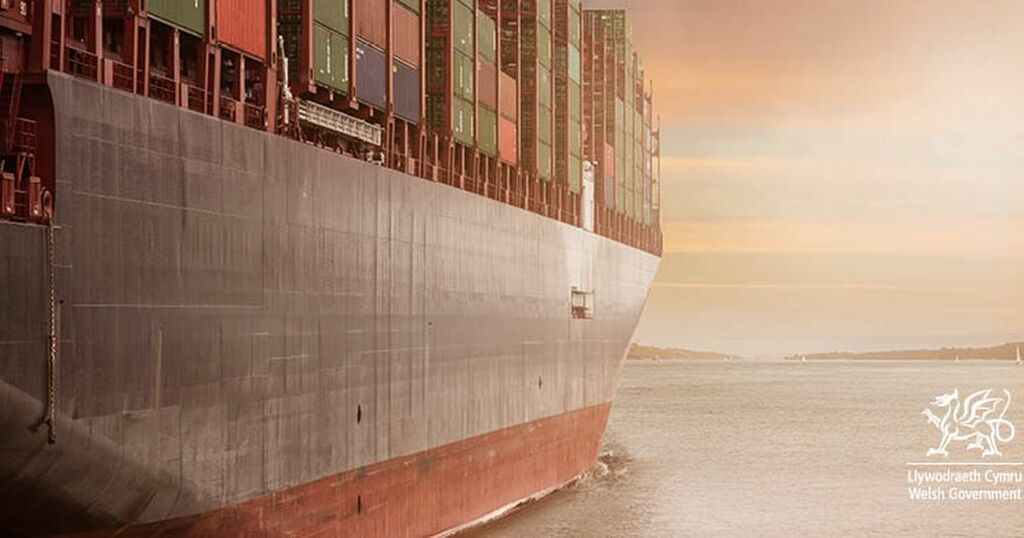 Birmingham Post
Michael Gove: What levelling up means for Wales

The UK Government is backing a Welsh freeport with up to £26m of funding.

Food and Drink Federation (FDF). research shows Wales is the only country in the UK to exceed pre-pandemic export sales…

Wales is to get its own freeport. The news has been confirmed Thursday, May, 12, following an agreement struck between the UK and Welsh governments which will see the UK provide £26m in funding.

Eight freeports have already been approved for England and a deal also struck with the Scottish Government. The Welsh Government said that it had achieved agreement with Westminster that both Governments will act on the basis of a ‘partnership of equals’ to deliver any Freeports in Wales.

Businesses will get tax incentives to set up in freeports from the UK and Welsh Governments including on devolved taxes like land transaction tax and rates. Both governments said they were open to a "multi-site" freeport in Wales which could include a large area of the coast.

There is currently a 45km boundary limit but this could be relaxed in Wales "should there be a sufficiently compelling case for doing so". And both government said they were open to more freeports if they are "presented with a sufficiently compelling business case". Ports across Wales, including Holyhead, Milford Haven and Associated British Ports’ south Wales ports, have expressed interest to securing freeport status.

Economy Minister, Vaughan Gething said: “Following considerable engagement between our Governments, I’m pleased we have been able to reach agreement with UK Ministers to establish Freeports in Wales. The agreement we have reached is fair to Wales, and respects the Welsh Government’s responsibilities in devolved policy areas.

“However, we have made it clear to the UK Government that a Freeport will only be implemented if it can be demonstrated, using robust evidence and analysis, that it will support our fair work agenda and deliver long-term, sustainable benefits for Wales, and value for money for Welsh taxpayers.

“I very much hope that the UK Government’s willingness to work with the Welsh Government as equals on Freeports can provide a positive model for future co-operation between our governments on other initiatives.”

The UK Government’s Secretary of State for Levelling Up, Housing and Communities, Michael Gove said: “I am delighted that Wales is the latest area in the UK set to benefit from a new Freeport. The UK Government’s ambitious Freeports agenda will help to level up our coastal communities and create new opportunities for people right across the country.

“Together with the Welsh Government, I look forward to seeing innovative proposals come forward that demonstrate tangible benefits for the people of Wales.”

Initially the UK Government had offered the Welsh Government around £8m to support setting up a freeport in Wales. Freeports in England have been offered around £25m each, with a similar funding deal secured by Nicola Sturgeon’s government with the UK Government.

While a devolved matter, the UK Government has been consistent in wanting to see a freeport established in Wales.

A freeport prospectus will now be published with bids then being considered. The UK and Welsh governments are expected to have an equal say in the decision making process. There is potential for a Welsh freeport to have multi-sites, which throws up the prospect for ports in South Wales forming part of a wider freeport zone with Cardiff Airport. The port of Holyhead has also made a strong case for freeport status.

Goods entering freeports would not have to pay tariffs, import VAT or excise duty until they leave the freeport and enter the domestic UK market, with simplified customs procedures and declarations.

However, there are commentators who believe they would have little net economic benefit, claiming they mainly displace business activity from elsewhere.

The UK Trade Policy Observatory said its analysis had found that the policy would have little effect in the UK because tariffs were already low. The UK had seven free ports between 1984 and 2012, but were wound down due to their limited economic impact.

Welsh Conservative Shadow Minister for the Economy, Paul Davies MS, said: “Creating a freeport in Wales will be a real shot in the arm for our economy and the country as a whole with more high-quality jobs and investment as a result.

“Freeports bring a vast array of opportunities and benefits, and this exciting project highlights just how serious the UK Government is about levelling up Wales. It is incredibly positive to hear a second freeport could be on the cards, and I sincerely hope lots of innovative bids are submitted.

“This landmark milestone just goes to show what can be achieved when Labour ministers in Cardiff Bay stop picking fights with the UK Conservative Government and work with them instead.”

Birmingham Post
Michael Gove: What levelling up means for Wales

The UK Government is backing a Welsh freeport with up to £26m of funding.

Food and Drink Federation (FDF). research shows Wales is the only country in the UK to exceed pre-pandemic export sales…