A fierce fight for south of Sydney, but the Coalition manages to hold on in Kelly land

The electorates of Hughes in Sydney’s south and the bushfire-ravaged electorates of Gilmore and Eden-Monaro along the southern coast of New South Wales were ones to watch.

Early polling showed Hughes independent Georgia Steele could have nabbed the seat, while NSW Liberal Party favourite Andrew Constance shook up things for Gilmore — despite many residents feeling fed up at the lack of support following the Black Summer bushfires.

Meanwhile, Eden-Gilmore Liberal candidate Jerry Nockles became a controversial figure after it was revealed he might not even live in the electorate, attempting to take on popular Labor MP Kristy McBain.

But the seats stayed Liberal, swung Liberal, and stayed Labor respectively — with minor parties putting up a fair fight but failing to make an impact at the polling booths.

Despite early support, Steele’s polling results sat stagnant at around 15% across the whole night — there was an initial rush of support during early counts, but it quickly slowed. It’s not a bad outcome for someone who has just entered politics — but disappointing that the $610,000 in donations couldn’t make a dent.

Volunteers say they’ll keep working for the electorate — the “lights won’t be switched off” in the Steele squad office.

Despite a mass walkout at a Hughes forum, United Australia Party candidate Craig Kelly — who famously left the Liberal party over his anti-lockdown and anti-vaccine mandate views — scored a surprising 7.5% of the vote.

This, Steele told Crikey, was a failure of democracy: “It’s disappointing that the influence of money in politics can have this impact.”

Meanwhile, Campbell was disappointed in the results, but felt he put up a fair fight: while there were whoops and cheers as it became apparent the Coalition wouldn’t be able to form government, there was an air of sadness as it became clear Campbell wouldn’t be a part of it.

“We worked really, really hard. We knew what we could do, and we did what we could with our resources,” he told Crikey. “This was the hand of cards that we were dealt and it’s onward and upward from here.”

In Gilmore, the former NSW Liberal treasurer had been working hard to pitch himself as a candidate who would work hard for his local electorate — Constance even said he’d turn down a cabinet role if he won, and push for better mental health support in the region. Despite a lot of animosity for the party, it appeared his message cut through, with Constance stealing the seat from Labor’s Fiona Phillips.

Not quite so for Nockles — amid controversy he didn’t live in the region, frustration with the party over slow support from floods and fires, many of Nockles’ signs had been defaced with the word “liar”. Labor’s Kristy McBain retained the seat.

Despite their anonymity, One Nation candidates took in nearly 5% of the vote in these seats too and 2.4% in Gilmore — again, a surprising swing. There are around a dozen ghost One Nation candidates, with the party scrambling to find people to fill the seats hours before nominations closed after One Nation Leader Pauline Hanson vowed to field a candidate for each seat in the House of Representatives.

It goes to show how fed up communities had become — not only with the Coalition but with politics in general, seeking alternatives away from the major parties. 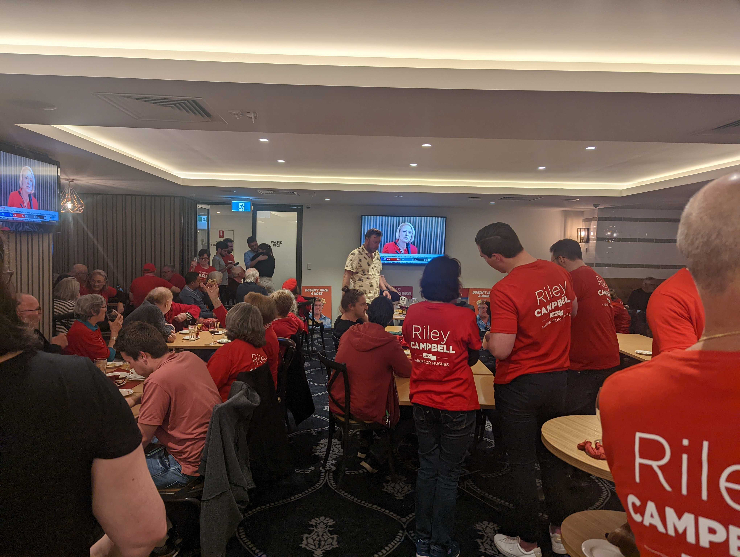 A fierce fight south of Sydney, but the Coalition manages to hold on in Kelly land
This election result shows how fed up communities are — not only with the Coalition but with politics in general.

Crikey
One subscription that gives you access to news from hundreds of sites
Kristy McBain retains Eden-Monaro with swing to Labor, Liberals' Jerry Nockles concedes defeat

Labor MP Kristy McBain is set to retain the seat of Eden-Monaro in south-east New South Wales, with a swing…