A Few Of The Spitzer Space Telescope’s Coolest Discoveries

As NASA prepares to bid farewell to the Spitzer Space Telescope on Thursday, take a look back at some of the coolest things it’s shown us in 16 years of space-based infrared astronomy.

Spitzer showed us the youngest star ever seen (maybe). In 2004, astronomers pointed Spitzer at a dark cloud of dust and gas called L1014, which is about 652 light years away from Earth in the constellation Cygnus. The heart of the nebula blazed brightly in the infrared wavelengths, which meant that something very hot was lurking in the otherwise dark cloud. It’s possible that the object, officially called L1014-IRS, could be a star in the very early stages of its life, just before it piles on enough mass to kick-start nuclear fusion at its core.

Spitzer accidentally imaged some of the oldest stars in the universe. Most of the space telescope’s earliest images were meant to calibrate its instruments before it started doing science in earnest. But when astronomers reviewed Spitzer’s images of an active galactic nucleus in the constellation Draco, they noticed something strange. Once they’d removed all the light from known objects, the image still showed some glowing blobs of infrared light. Those blobs may be images of stars born just 100 million years after the Big Bang. Because they’re so far from Earth, the Doppler Effect has shifted their light into the infrared wavelengths, where Spitzer could capture it.

Spitzer also showed us the oldest known galaxy in the universe. In March 2016, Spitzer imaged a small galaxy now called GN-z11, 32 billion light years away in the constellation Ursa Major. The Hubble Space Telescope helped estimate the distance to the galaxy, which turned out to be the most distant (and therefore the oldest) astronomers had ever seen. GN-z11 formed about 400 million years after the Big Bang, not long after the first stars flared to life.

Spitzer gave us an amazingly detailed look at our own galaxy. In June 2008, astronomers stitched together 800,000 Spitzer images into a huge, detailed portrait of the Milky Way galaxy in infrared – which you can explore online.

Spitzer captured light from an exoplanet for the first time. Until March 2005, astronomers knew about gravitational pull to cause a little wobble in a star’s orbit, or it might dim the light of its parent star when it passed between the star and Earth. But Spitzer managed to capture infrared light from two exoplanets – both gas giants orbiting daringly close to their stars. Thanks to their close orbits, both planets were hot enough to glow brightly in infrared: about 727⁰C (1340⁰F) according to Spitzer.

Spitzer created the first “map” of an exoplanet. In May 2007, Spitzer captured detailed enough infrared measurements of the gas giant HD 189733b (64.5 light years away in the constellation Vulpecula) for astronomers to map the temperature variations in its atmosphere.

Spitzer discovered a whole solar system of potentially habitable Earth-like worlds. In the fall of 2016, Spitzer spotted 5 out of the 7 rocky worlds orbiting the star TRAPPIST-1. Three of those surprisingly familiar-looking planets are in the star’s habitable zone, where temperatures should be right for liquid water to exist on a planet’s surface. Spitzer helped estimate the size, mass, and density of the innermost 6 planets.

Spitzer helped pave the way for future planet-hunting. Since the fall of 2016, Spitzer has spent a lot of time identifying potential targets for its planned successor, the James Webb Space Telescope, to take a closer look at.

Spitzer’s story isn’t over yet. Although the telescope’s operational life is over, astronomers will be poring over Spitzer’s data for some time to come. Earlier in the week, NASA released a stunning image of the Tarantula Nebula, compiled with data the telescope had gathered in the fall of 2019. Even as Spitzer’s heliocentric orbit carries the silent, abandoned spacecraft slowly further and further from Earth, the telescope’s scientific legacy will live on.

"It allowed us to see what our human eyes could not see."

Spitzer, which was launched in 2003, studied some of the most distant galaxies ever detected with the light from some…

Forbes
Two satellites just avoided a head-on smash. How close did they come to disaster? 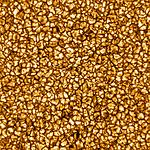 It's from “first light” at the new Daniel K. Inouye Solar Telescope, which promises a new era of “space weather”…