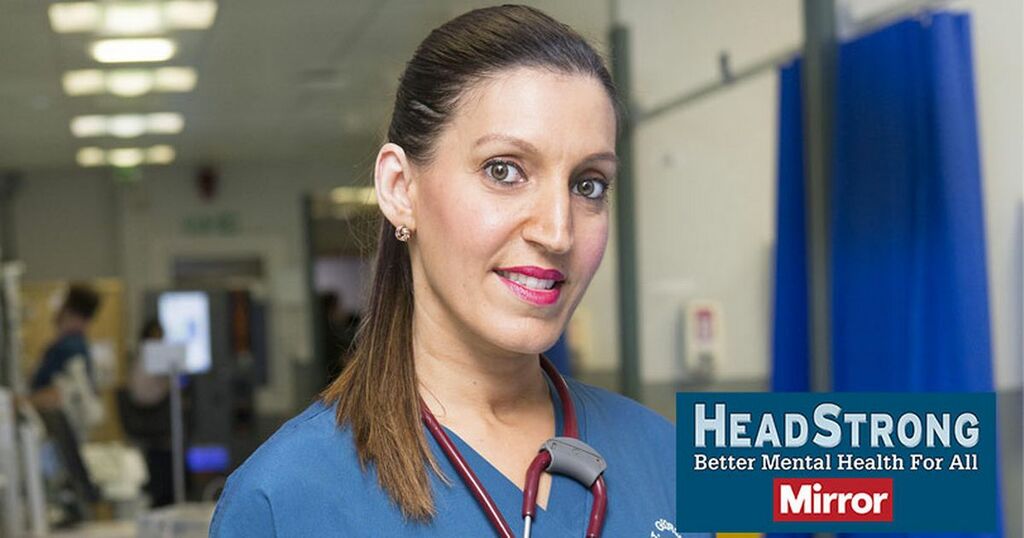 The Covid-19 mental health disaster is taking a double toll on our NHS front line.

Emergency departments are being flooded with huge numbers of patients experiencing a mental health crisis.

And swamped staff are buckling under severe ­pressure themselves.

Shadow Mental Health Secretary and frontline medic Dr Rosena Allin-Khan said: “Colleagues from across the country are telling me they are burned out. On top of this, waiting lists are growing and more people are presenting to A&E in crisis.

“This is creating the perfect storm for our frontline staff.”

Data released under the Freedom of Information Act shows there has been a 147% increase in ­ambulances bringing patients in with mental health issues.

Numbers have risen at some trusts by 800% yet few have enough specialist staff or A&E beds to cope. It comes as 41% of doctors told a British Medical Association poll their mental health had worsened.

Nearly half of ICU staff have reported symptoms of post-­traumatic stress disorder, anxiety or depression, and one in five ICU nurses has reported thoughts of self-harm or suicide.

The suicide rate among the profession is 23% higher than the national average.

Yet many healthcare professionals are unwilling to seek help for fear it could put their careers at risk.

Pete Arndt founded charity NIGHT, which provides free mental health treatment to nurses without them having to inform bosses.

“The nurses who contact us often just give their first names, and call after their shift when they know no one will overhear,” he said.

“They’re afraid. For every nurse who seeks help, hundreds don’t.”

One who sought confidential help went into a spiral of depression after working 12-hour shifts.

Kate (not her real name), a physiotherapist who had never worked with critically ill patients, recalled: “It was harrowing. I knew I was going to have to stand by as patients took their last breaths. I had a constant sense of dread.”

Labour has called for a Care for Carers package, including a 24/7 phoneline for frontline healthcarers to access mental health support.

The pressure on staff is not helped by a system in dire need of resources.

Our Mirror poll found a third of those who needed treatment for mental health in the pandemic have been waiting for three months or more.

And FOI figures, obtained by Labour, reveal that one in 65 calls to 999 is now for a mental health issue. Last year at least 161,000 people with mental health issues were brought to A&E by ambulance. That is up 147% 2010, before the Tories began cuts.

It was London hospital trusts which had the largest rise between 2019 and 2020, with King’s College Hospital receiving a 17% surge in mental health patients by ambulance and Chelsea and Westminster up 21%.

Sarah Pengilley, 34, who suffers from bipolar disorder, found support ­“evaporated” during the pandemic. She started suffering side-effects of her medication and when she could not get any help from her mental health team, ended up at A&E.

She was sent home but her symptoms worsened. She went back the next day for another six hours and on the third day a friend called 999. Tests showed her dose was too high.

She said: “One team appointment could potentially have solved it. It took two months for a review.”

The Government has earmarked £500million to deal with the health crisis, plus an extra £2.3billion a year by 2023/24. It says this will help an additional two million people, however there are an estimated eight million who have been told they do not fit the criteria for help and 1.5 million youngsters pre­­dicted to be affected in the next few years.

The Department of Health says that new 24/7 mental health phone lines, separate to 111, have helped three million people get support since May 2020. They also say just 2% of callers to the line need an ambulance.