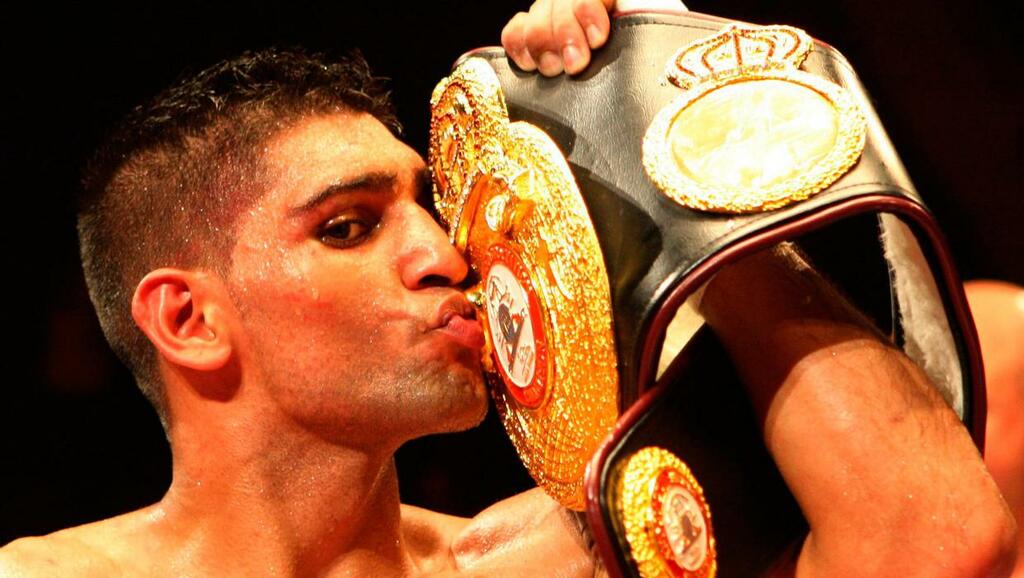 At 35, just days after his last opponent in the ring, Kell Brook, had announced his own retirement, Amir Khan…

Amir Khan hangs up his gloves safe in the knowledge he is one of the best boxers the UK has produced, bringing excitement and drama to the global stage and inspiring countless British Asians along the way.

Khan won Olympic silver as a teenager, was world champion at 22 and unified the light-welterweight division before his 25th birthday as his lightning reflexes and blurring hand speed overwhelmed many formidable opponents.

He might have achieved more – it seems peculiar his talents did not transcend to winning world titles in more than one division – but a suspect chin and a waning enthusiasm meant he spent the last decade of his career in purgatory.

Yet the legacy he leaves is more than the belts won or the millions banked, having been one of the few fighters from these isles to truly ‘crack’ the United States. At his zenith he split opinion like few others but he juggled boxing with several philanthropic endeavours and did not shirk speaking about difficult topics such as racism.

Born on December 8, 1986, in Bolton to Pakistani parents Falak and Shah, Khan, whose first cousin is former England cricketer Sajid Mahmood, claimed early on he did not get due recognition because of the colour of his skin.

But he cannot have failed to notice on the undercard of what proved his last fight against Kell Brook were Adam and Hassan Azim, two promising boxers who share the same British-Pakistani heritage with Khan, who stood out in amateur and professional codes.

He won 101 of his 110 contests in the unpaid ranks, where he first came to prominence nearly 18 years ago in Athens. Aged just 17, he became Britain’s youngest Olympic boxing medallist and their only podium position in the sport at the 2004 Games although he was denied gold by lightweight great Mario Kindelan.

Millions tuned in to ITV to watch Khan exact revenge on the Cuban before he turned professional, where the youngster gained similar seven-figure audiences in his first few fights.

He had to climb off the canvas to beat Willie Limond for the Commonwealth lightweight title, and worse was to follow when he was blown away in 54 seconds by the heavy-handed Breidis Prescott in September 2008 – a first defeat that would have completely derailed lesser fighters.

Just three fights and 10 months after that disastrous setback – having rebuilt under the tutelage of esteemed trainer Freddie Roach – Khan was world champion as he outpointed WBA light-welterweight champion Andreas Kotelnik before setting his sights Stateside in a dizzying period at the start of the last decade.

Khan outclassed Paulie Malignaggi in New York before two standout wins in Las Vegas. He refused to buckle in the face of several ferocious blows against Marcos Maidana, claiming a close but clear unanimous decision, before unifying the 140lbs division when a vicious body blow did for IBF titlist Zab Judah.

He surrendered his belts in December 2011 after a contentious points defeat to Lamont Peterson, whose positive test for a banned substance in the lead-up to the rematch meant Khan was reinstated as WBA titlist.

It was a short reign as he was savagely stopped by Danny Garcia, knocked down three times inside four rounds, leading to Khan dispensing with Roach and turning to a more pragmatic coach in Virgil Hunter, who it was felt could improve any defensive shortcomings.

Khan stepped up to welterweight and beat former champions Luis Collazo and Devon Alexander but a much-anticipated fight against British arch rival Brook, a world titlist at 147lbs from 2014 to 2017, failed to materialise.

Unable to lure Floyd Mayweather or Manny Pacquiao into a high-profile showdown, Khan took a monumental, if ill-advised, risk by leaping up to middleweight to challenge Saul ‘Canelo’ Alvarez in May 2016. Billed as ‘power v speed’, Khan’s sharp instincts won him the early rounds before he was ironed out by a devastating right to the chin by the then WBC champion at the midway point.

He rebounded with a couple of low-key wins but was then battered into apparent submission by Terence Crawford at Madison Square Garden in 2019, with the fight ending in odd fashion as Khan’s corner pulled him out after taking a low blow, leading to suggestions he had quit.

He surprisingly teamed up with Crawford, training with the pound-for-pound great in the Colorado mountains, after agreeing to an overdue fight against Brook. Both fighters were shop-worn but Khan more so as he showed only glimpses of what endeared him to his legions of fans before being stopped on his feet, battered and bruised.

It was another reminder – not that it were needed – that Khan, who bows out of the sport with 34 wins and six defeats, brought value for money having rarely, if ever, been in a dull fight. But there is nothing left and he can now look to the next stage of his life alongside wife Faryal Makhdoom and their two daughters and a son.

At 35, just days after his last opponent in the ring, Kell Brook, had announced his own retirement, Amir Khan…