A Cease-Fire Holds After a 3-Day Gaza Conflict

JERUSALEM — A cease-fire ending three days of fierce cross-border attacks between Israel and a Palestinian militant group in Gaza appeared to be holding Monday, and life on both sides of the lines began to return to normal.

The Israeli military opened an offensive Friday afternoon with missile strikes aimed against targets of the group, Palestinian Islamic Jihad, saying the action was intended to thwart an imminent attack. It pounded targets in the Gaza Strip from the air, land and sea. Islamic Jihad fired about 1,100 rockets and mortar shells toward Israeli territory, the military said.

Both sides agreed to an Egyptian-mediated cease-fire Sunday night to halt the most intense round of Israeli-Palestinian fighting in more than a year. According to the Ministry of Health in Gaza, at least 44 Palestinians were killed in the fighting, 15 of them children, and 360 people were injured, 20 of them in serious condition.

After about a week of closure, Israel reopened Gaza’s border crossings for humanitarian supplies Monday morning, starting with fuel deliveries to address dire electricity shortages in the enclave. By midday, Israeli authorities had removed all safety restrictions that had been imposed on residents in the border areas over the past week to keep them close to bomb shelters and out of range of militant sniper fire.

Here is what we know about the consequences of the three-day conflict.

Islamic Jihad appears to have suffered a severe blow.

Summing up its campaign in Gaza, the Israeli military said Monday that it had hit 170 Islamic Jihad targets, eliminating senior commanders of the group as well as rocket launching squads, and destroying launch pits, command posts and weapons stores.

Although Islamic Jihad claimed to have gained some vague concessions relating to its prisoners in Israel under the terms of the cease-fire, Israel denied that it had agreed to any conditions other than a cessation of fighting on both sides.

The Israeli military said about 200 of Islamic Jihad’s rockets fell short and landed inside the Gaza Strip, causing casualties among civilians, including children. The military’s claim could not be independently verified.

It also said that its Iron Dome anti-missile defense system carried out 380 interceptions of rockets heading for population centers in Israel, with a success rate of about 96% — up from about 90% in previous rounds. Tzipi Livni, a former senior Israeli government minister and a veteran negotiator with the Palestinians, said those defenses shortened the duration of the fighting and prevented more casualties.

“All the enemy’s cities were within the range of the resistance’s missiles,” he said in a televised speech, adding, “We remained in control of the field despite the power imbalance with the enemy.”

The latest Gaza operation has been widely seen as a success in Israel, with no Israeli deaths and little damage on the Israeli side.

That is playing well for Yair Lapid, the new, centrist prime minister of Israel’s caretaker government, who is running for office in an election scheduled for Nov. 1.

Lapid has long been accused by critics in Israel of lacking the necessary national security know-how to lead the country in times of war, particularly when compared with his main rival, Benjamin Netanyahu, who has built up a wealth of experience as Israel’s longest-serving prime minister and now leads the opposition.

But by initiating the airstrikes Friday, Lapid improved his starting position in the political race, analysts said.

And Sunday, he scored a public relations coup when Netanyahu, who has refused to attend security briefings with Lapid in the past, was photographed sitting across the table from him receiving a formal update on the security situation and issued a statement backing the government.

“Now Lapid has gained the image of a prime minister who has led a military operation,” said Gayil Talshir, a political scientist at the Hebrew University of Jerusalem.

Hamas, the main militant group in Gaza, stayed out of the conflict.

Hamas, the largest and most powerful militant group in the blockaded Palestinian coastal enclave of Gaza, sat out the latest conflict with Israel, leaving all the fighting to the smaller Islamic Jihad. The two groups are rivals but often partner in taking on Israel.

Israeli officials and experts said Hamas’ decision to stay on the sidelines, even as the death toll rose in Gaza, was testament to the success of an Israeli government shift in policy toward the impoverished enclave over the past year.

In an effort to improve the economy of Gaza, with a population of about 2 million and an unemployment rate of about 50%, Israel has offered work permits to 14,000 residents of the territory — a small number in relative terms but by far the most since Hamas seized power in 2007, providing a financial lifeline to thousands of families.

Israel says it might expand the number of permits further, to 20,000, depending on the security situation, and that it has also worked over the past year to increase Gaza’s imports and exports.

But the prospects of much greater economic development are hampered by the refusal of Hamas to release the remains of two Israeli soldiers, held since 2014, and its yearslong imprisonment of two Israeli civilians suffering from mental health issues.

Another factor limiting Gaza’s development, Israeli officials say, is that Hamas refuses to recognize Israel’s right to exist and continues to focus on building its military force at the expense of investment in the civilian population.

Islamic Jihad, for its part, denies that Hamas’ decision to stay on the sidelines of this round of fighting has deepened the split between the two groups. Al-Nakhala said: “Hamas is the backbone of the resistance and we are in a continuous alliance with them to confront the enemy.”

Al-Nakhala said his organization wanted to protect the life of Bassem Saadi, a senior Islamic Jihad figure who was arrested by Israeli special forces in the occupied West Bank last week. The militants had threatened reprisals in response to the arrest. Islamic Jihad later demanded his release as part of the Egyptian-mediated cease-fire talks — so far to no avail.

The last two days of conflict in Gaza can be linked back to a spike in violence across Israel and the West Bank several months ago. A spate of Palestinian attacks on civilians in Israel in April and May led to an increase in Israeli raids across the West Bank and almost nightly arrests, including the arrest of Saadi.

With its threats of retaliation, Islamic Jihad had hoped to curb Israeli actions against the group in the West Bank. But the raids in the West Bank have continued, even as the fighting raged in Gaza.

On Saturday, the Israeli military said it had apprehended 19 suspects belonging to Islamic Jihad in overnight raids across the West Bank. On Sunday, it said it had detained another 20.

The latest round of violence came soon after a mid-July visit to the region by U.S. President Joe Biden. In a statement issued by the White House welcoming the cease-fire late Sunday, Biden said, “My support for Israel’s security is longstanding and unwavering — including its right to defend itself against attacks.”

Biden particularly thanked the Egyptian leadership for its central role in bringing the hostilities to an end, as well as Qatar for its help.

The fighting also highlighted the growing acceptance of Israel in other parts of the Arab world. Past Gaza wars have drawn heavy criticism from other Arab countries. This time, the response was more muted.

Two of the three Arab countries that formalized ties with Israel in 2020 in a process known as the Abraham Accords, Morocco and the United Arab Emirates, expressed concern about the violence but avoided criticism of Israel. Only the third country, Bahrain, directly condemned Israel’s strikes.

On Monday, the United Nations Security Council held an emergency meeting to discuss the conflict.

The Palestinian ambassador, Riyad Mansour, asked the council to say “enough is enough” to Israel’s killing of Palestinians. Israel’s ambassador, Gilad Erdan, defended the Israeli army and said it had acted with accuracy and “extreme precision” to reduce collateral damage. 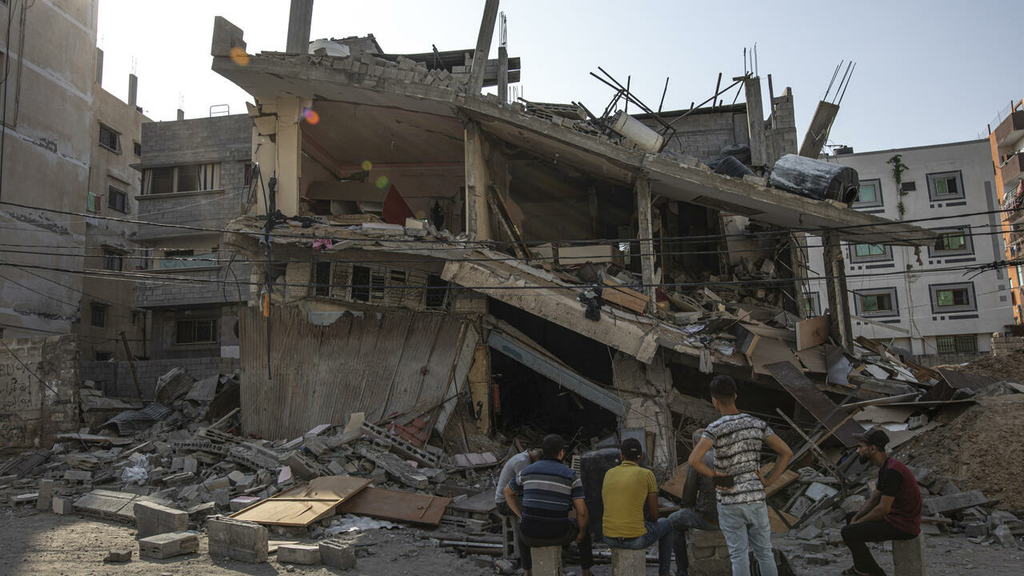 France 24
From analysis to the latest developments in health, read the most diverse news in one place.
Cease-fire between Israel and Gaza militants holds overnight

A fragile cease-fire deal to end nearly three days of fighting between Israel and Palestinian militants held throughout the night,…

Egypt-brokered truce holding in Gaza after three days of Israeli bombardment that killed at least 44 Palestinians.