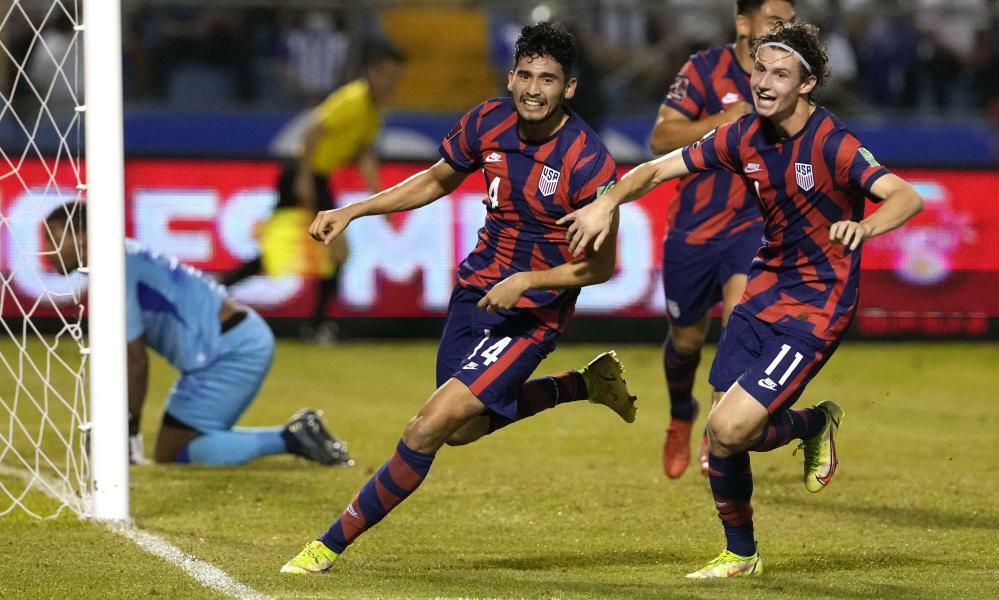 In isolation, Wednesday night’s 4-1 away win for the US against Honduras was a brilliant result.

Down 1-0 after 45 minutes, the US responded with four goals in the second half. The match played out like a Hollywood movie for 18-year-old striker Ricardo Pepi, as he revived the US on his international debut with a goal and two assists.

So, yes, the victory was a good one for a young US team and their coach Gregg Berhalter. But, with a bit more distance, it also remains the one bright spot in an otherwise worrying start to World Cup qualifying.

Following a summer that included a 2021 Gold Cup championship and an inaugural Concacaf Nations League title, a promising generation of talent appeared set to avoid the same problems that cost the US a place at the 2018 World Cup.

And yet, things felt all too similar when they kicked off their road to Qatar 2022 with an underwhelming 0-0 away in El Salvador last week. Three days later, they were booed off the pitch after a draw at home against (an admittedly much improved) Canada team.

To make matters worse, national headlines were made when Weston McKennie was dropped before the match against Canada after he broke the team’s Covid-19 protocols. Coupled with injuries to key starters – and a positive Covid test for goalkeeper Zack Steffen – it appeared as though the US were already starting to implode.

On the sideline, Berhalter was suddenly on the hot seat as justified criticism from journalists began to gain traction online. Playing in a tedious manner that led to some predictable attacking and almost static soccer, the US weren’t much of a threat to El Salvador or Canada. Across the two matches, the US managed four shots on target.

What became most apparent in recent weeks was that the roster lacked the experience to hit the ground running. With over half of the call-ups under the age of 25, many of the younger players had yet to go through the intense challenge that is Concacaf’s World Cup qualifying schedule. Like many of the players, this was Berhalter’s first foray in the tournament as well.

US supporters will be eager for more convincing results, especially after the success in the Gold Cup and Nations League earlier this year. But ultimately, this is a learning process for many of the team’s up-and-coming players. There is, after all, a significant difference in the demands and pressure of a World Cup qualifier compared to the Gold Cup or Nations League, which are effectively glorified exhibition matches.

The good news though is that with each passing game, valuable experience is being gained. And late on Wednesday, it appeared as though there could be a turning of the tide.

After a genuinely awful first 45 minutes against Honduras – which was largely due to Berhalter’s experimental set-up losing control of the midfield – the manager made the right moves.

Pepi was the star of the show on debut, but substitutes Antonee Robinson, Brenden Aaronson and Sebastian Lletget chipped in with crucial goals. During the second half, the US were decidedly more physical and assertive as they won the ball back and pressured Honduras. Caught by surprise, Honduras lost possession regularly.

Cohesion in the midfield was restored, more chances were created in the final third, and most importantly, there was a newfound energy on display. Almost as if they were making up for lost time, the US overpowered Honduras and launched eight shots on target in the final 45 minutes. In real time, we had seen Berhalter and his players learn from their mistakes and adapt.

The US are now third in the qualifying group, behind Mexico and Canada – the top three book their tickets to Qatar while the team in fourth go to an intercontinental playoff. The big question now is whether the progress from Wednesday will continue.

Optimists will argue that the US have a foundation to build from before the next games roll around in October. On the other hand, with early issues in qualifying easily outweighing 45 minutes of brilliance on Wednesday, pessimists could make the case that the win over Honduras was simply a flash in the pan.

Eleven games remain in qualifying for the US. One thing is certain: the journey won’t be dull.