A 26 Y.O. Alleged Far-Right Extremist Was Arrested In NSW Over Blueprints To 3D Print A Gun 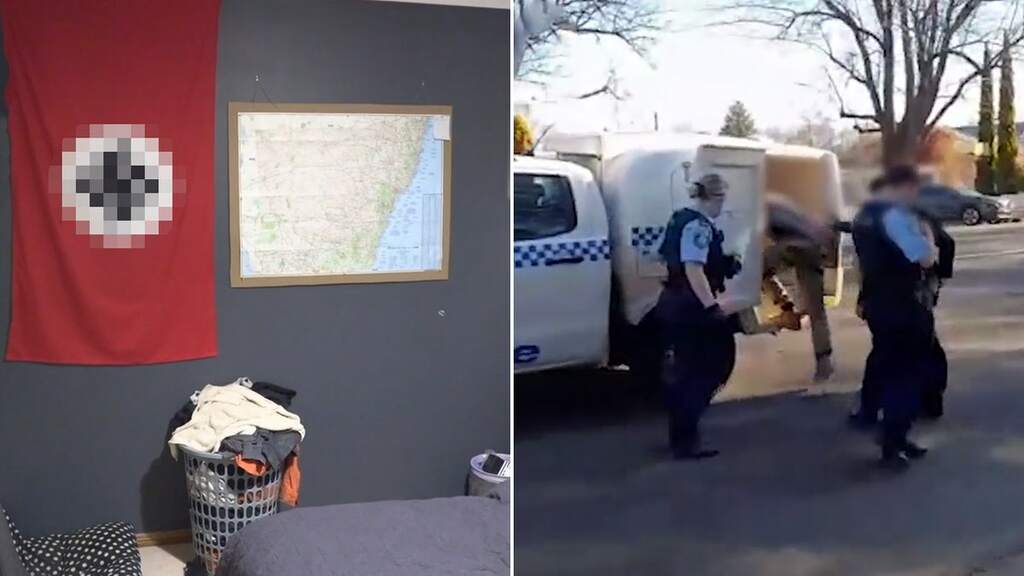 Police have arrested a 26-year-old alleged far-right extremist from Orange, NSW, who is accused of possessing digital blueprints needed to 3D print his own gun. He’s now been charged with a serious firearms offence.

The man’s house was raided as part of an investigation by the Joint Counter Terrorism Team (JCTT) into the importation of firearm components by a “an alleged supporter of ideologically motivated violent extremism.” Footage from his arrest shows a huge Nazi flag hanging on his bedroom wall.

“We will allege the man charged by the JCTT has demonstrated support for extreme ideological views,” AFP Counter Terrorism and Special Investigations Stephen Dametto said in a statement on Monday afternoon.

“The JCTT acted early to prevent him manufacturing a firearm, even though he allegedly made significant preparations to be able to do so.”

Another 31-year-old man from Orange was also served with a Firearms Prohibition Order as part of the same investigation.

Police found the alleged blueprints to 3D print a gun on the 26-year-old man’s phone during the raid of his house on Friday.

“The potential for 3D printers to print firearms, or their components, is something police are constantly monitoring, and we will take action if we have evidence a person intends to manufacture a firearm,” Dametto added.

It’s illegal to possess blueprints for the manufacture of firearms, regardless of whether they’re stored offline or in the cloud.

“With the emergence of technologies, particularly in 3D-printing, authorities are proactively conducting inquiries into online activity and monitoring both the licit and illicit movement of firearms and firearm parts,” Detective Superintendent Mick Sheehy, from the NSW Police Counter Terrorism and Special Tactics Command, said.

“Police continue to uncover evidence of all types of illicit firearms, including homemade firearms, which are often crudely manufactured or assembled.

“These types of firearms add another layer of risk in terms of the safety of the community as they are unstable, and many are unable to maintain integrity once fired.

“We will not hesitate to take action if we believe there is a possibility that a firearm could land in the wrong hands.”

The post A 26 Y.O. Alleged Far-Right Extremist Was Arrested In NSW Over Blueprints To 3D Print A Gun appeared first on Pedestrian TV.