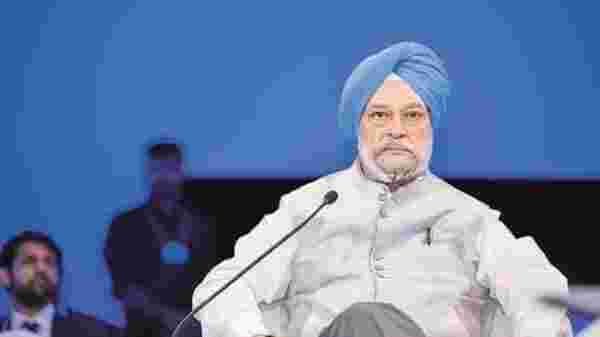 NEW DELHI : New Delhi: After the completion of 11th city gas distribution (CGD) round, 96% of India’s population and 86% of its geographic area would be covered under CGD network, said petroleum and natural gas minister Hardeep Singh Puri.

“The expected investment because of the concluded CGD bidding rounds is nearing a total of ₹1.2 lakh crore," Puri told investors at the Indian pavilion at EXPO2020 Dubai virtually during a roadshow on Saturday, ahead of the 11th CGD round, according to a statement.

The latest bidding round will offer 65 geographical areas spread over 19 states and one Union territory, which would cover around 25% of India's population.

“Natural gas is the future, and it will be the most important component of India’s energy bouquet to realize our vision of net-zero by 2070," said Shrikant Madhav Vaidya, chairman, Indian Oil Corp. Ltd (IOCL) in the statement.

With India pushing for a gas-based economy, 50 geographical areas (GAs) in 123 districts were offered in the 10th round. Gas accounts for around 6.2% of India’s primary energy mix as compared to a global average of 24%. The National Democratic Alliance (NDA) government plans to increase its share to 15% by 2030. India’s gas demand is expected to be driven by the fertilizer, power, city gas distribution and steel sectors.

India is dependent on imports for as much as 85% of its oil needs and 55% of its natural gas demand. The country’s consumption has also been 15-16% higher than the pre-covid level.